My Wake Up Call: It Took A Stranger For Me To Recognize Emotional Abuse 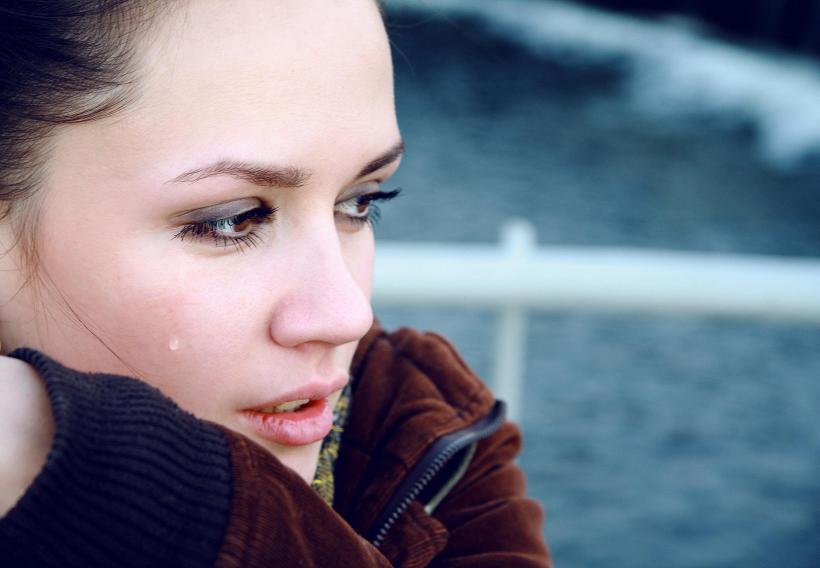 I couldn't recognize emotional abuse until a stranger stepped into my life.

“Are you okay?” the man in the parking lot asked me. “What do you need?” He was middle-aged and heavily muscled with a short gray beard. I was standing next to my car, looking in frustration at my boyfriend, Greg, who had blocked me in with his car. Greg was yelling at me, just as he had during much of our 45-minute drive from San Francisco to the train station parking lot where I’d left my car.

It was turning out to be one of the worst days of my life since I’d been widowed in 2013.

“Why are you being such a bitch?” Greg shouted. Seeing the man standing next to me, he pleaded, lowering his voice, "It’s Saturday night. Let's just go back to your place.”

Moments, earlier, Greg insisted on crossing a busy intersection just as the light changed against us, grabbing my wrist to drag me along with him. A speeding car almost hit us. I’d stopped in the middle of the street, frozen with fear. By the time that car had screeched to a halt, other cars were coming at us too.

When we finally made it across the street, he started yelling that I didn't trust him, that I didn't know how to cross a street, that he should just leave me there. He said I should take the train home without him, but then he then blocked me from entering the station.

I turned to the man standing next to me in the parking lot and said, “I need him to leave.”

The man turned to Greg. In a calm but intimidating manner, he said, “I'm not leaving until you do. And I need you to go now.”

The man’s companion asked me, “Do you know that person?”

Not only did I know him — I'd been dating him for over two years.

This was a wake-up call. I’d needed a stranger to come to my rescue. It was July 29th, the date of my late husband's birthday. I saw this as a sign — it was time to break up.

During our time together, Greg had acted erratically and occasionally even angrily. Sometimes when we disagreed, he’d start yelling and insulting me, becoming out-of-control, ramping up in intensity as if unable to stop himself.

But I’d never considered his behavior as abusive. For the very first time, I was able to use that word to describe him.

So why did I stay with him for so long?

You Might Also Like: 9 Ways To Take Care Of Yourself When You Feel The Whole World Is Collapsing

I’m a former attorney, assertive and financially secure. I have my own place. I don't put up with crap in other areas of my life. My late husband was a calm, rational man who treated me and everyone else with respect.

But I was so lonely after he died.

After sixteen months of widowhood, I decided to dip into the dating pool. I was thrilled when I met Greg online, admiring his high cheekbones and almond-shaped green eyes. I was blinded by our chemistry.

But he got upset easily. Once upset, it took a long time for him to calm down. We'd argue. I'd ignore him for a few days. He'd plead to get back together. I’d take him back because I couldn't bear to be alone.

On average, women lose 75 percent of their support base after their spouses die. I was no exception. My friends had partners, and I didn’t fit in anymore. My loneliness hampered my judgment and my self-esteem.

So I clung to this guy, putting up with too much, romanticizing that he was passionate, that some relationships were naturally tumultuous, that his unfounded jealousy meant that he loved me. In reality, it was a sign of emotional abuse.

I rationalized that his outbursts were infrequent. When the abuse is intermittent, people often perceive the relationship as good enough or even loving. They justify that they aren't actually being abused and that their partner loves them. They think of each episode as a one-time thing.

I told myself that I could help him change, but verbal abusers behave illogically. People used to healthy relationships keep making the wrong predictions about how their abuser will act. Their own past experiences allow them to predict only rational behavior.

Lacking the strength to be unpartnered, I settled for someone who wasn’t good to me and who didn’t treat me with kindness. But I know I’m not the only woman who’s gone to an evening yoga class, made herself a lovely salad, and then put up with a partner’s insults.

Once I finally broke up with Greg and explained the situation to my single girlfriends, they reached out to me and started including me in more activities. I signed up for some hiking groups to make new friends.

I relished the peace of not being in a tumultuous relationship. I exhaled and reflected on why I’d tolerated Greg for so long. I had to accept that I was going to be lonely sometimes. When I missed him, I repeated to myself: I deserve better. And when I was ready to date again, I put “kind" and “even-keeled” at the top of my wish list.

This essay is my thank you note to the man in the parking lot.

If you like this article, please share it! Your clicks keep us alive!
Tags
emotional abuse
abuse relationship
Relationships
boyfriend