Take The Cake: The Perks Of Being A Spinster 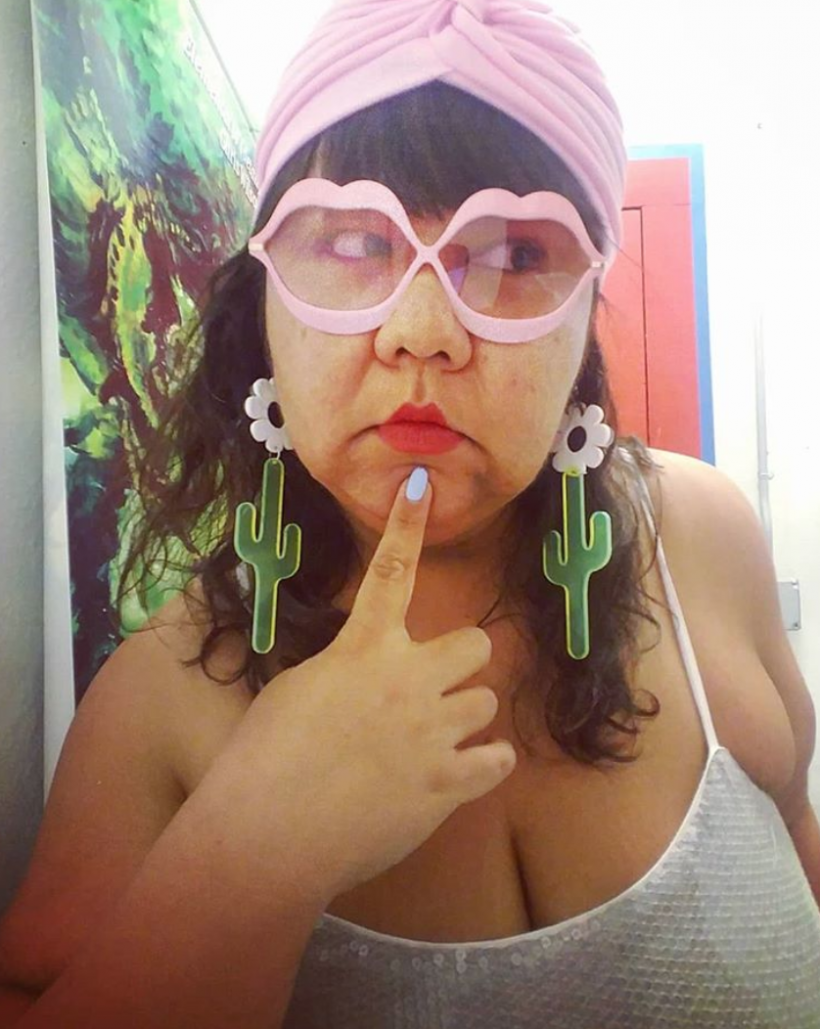 There was much huffing and curtness and calling of customer service. Was I a little rude? Yes, yes, I was.

The men who were in charge of the check-in didn’t apologize or even really look me in the eye. While all this was transpiring I was deeply aware of the dynamic: a single woman wearing short shorts and a bathing suit comprised of fabric printed with $100 bills who is refusing to giggle apologetically in the face of utter incompetence, demanding something from men – and fat, at that. I felt lonely, defensive and exposed.

I thought back to all the times that men and boys have fat-shamed me for doing things like this (just being fat is a punishable offense, let alone fat and loud), chocking up my dissatisfaction with their under-performance to their belief that I am fundamentally unable to get laid (clearly penis is the cure to all female dissatisfaction), deflecting responsibility and accountability with fatphobia.

I’ll admit, it was very fun to watch their faces later that night as they stared slack-jawed on the sidewalk smoking cigarettes when I got picked up for a date and my very fine gentleman friend rolled up looking like God’s gift and holding the car door for me. But I digress.

I want to talk about spinsterhood.

To me, being a spinster is a lot about prioritizing myself, my needs and my desires over the culture’s needs and desires for my life.

After doing a bit of research, I found that “spinster” is the disparaging descriptor for a woman who is unwed. The masculine — and not disparaging — descriptor is bachelor. A woman of reproductive age who is not coupled automatically becomes a romantic failure. Speaking as a bona fide spinster, I’ve been realizing more and more that romantic failure has taught me many things.

I can’t say that I’ve opted into failure per se, but the culture’s definition of “success” is so warped that I’m not sure that failure isn’t the lesser of two evils.

In our culture working toward successful romantic union looks like laughing alone with salad and turning the other cheek a lot. Obviously there are exceptions, but it’s not an accident that most women do many, many things they don’t like doing in the name of finding (and keeping) love.

I’d be lying if I said I hadn’t walked away from wonderful partners because I didn’t feel fully confident about being in a serious long-term relationship with them. And that’s the thing. Having standards and expectations is often going to lead to you waiting longer than you ideally want to find the boo of your dreams. If I’m going to consider living with someone long-term, I would have to be 10,001% sure. My body, mind, spirit and vagina would need to want this more than they’ve collectively wanted anything before.

I am bummed that I haven’t found a person who makes me feel that way, but I really can’t imagine trying to build a serious relationship with someone who didn’t inspire these feelings. I deserve that. Building a life with someone requires an incredible investment of time, energy, love, and other precious resources. These are precious resources that I currently primarily invest inward — taking care of me, prioritizing my needs and desires and dreams.

As a woman who typically dates men, I am deeply and painfully aware of the ways that misogyny has poisoned the hearts and minds of people who could otherwise be incredible humans.

I am deeply aware of the non-consensual nature of men’s education in misogyny, but I’m not willing to date or romantically consider anyone who hasn’t done an enormous amount of work (and who will probably do a whole bunch more work) to un-learn his commitment to my second class citizenship. On top of that, I’d also need to be inspired by and attracted to them. I’m learning to accept – and find power in – the fact that this means I am navigating a very tiny slice of the human population.

As a person of color, woman and fat person I have not been taught to value myself and my time in this way. I’ve had to learn this from other people who were themselves defying their cultural education. Romantic failure is a social construct, and in many ways it’s a social construct specifically designed for women. It’s important that we not allow ourselves to be intimidated by labels and instead make the at-times difficult decision to prioritize ourselves over anything else.

That’s what being a spinster means to me.

If you like this article, please share it! Your clicks keep us alive!
Tags
take the cake
spinster
dating
Virgie Tovar
fatphobia