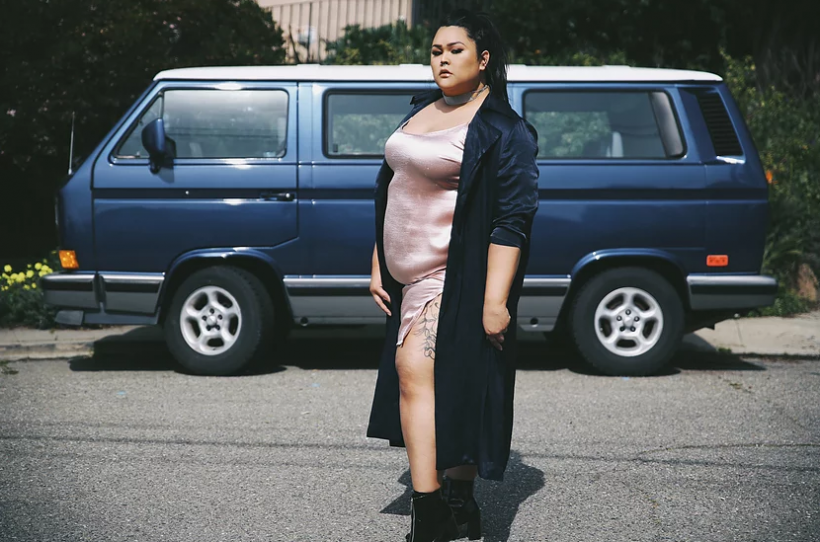 There’s no question about it; media lacks diversity. While American media is slowly improving its representation of a variety of races, genders, and body sizes, this rare ad and screen-time is still nowhere near accurate representation when you look at the actual racial breakdown of U.S. citizens. When you combine racial, size, and other marginalized identities, the numbers drop even more significantly.

Growing up with little representation can impact a person. Plus-size Asian Americans and Pacific Islanders, particularly women, rarely see themselves across screens, magazines, and even smaller, more personally directed advertising like influencer campaigns.

As we all know, self-image is a complicated thing. When we are seen and reflected by the media, it humanizes us to the rest of the world — sometimes even our own families. Our value as plus-size people is often conditional as to what the rest of our respective societies and cultures will think of us, whether we are “fit” for marriage, or desirable as a sexual object — even if we are then called sluts for it. Being anything but a masculine, cis, heterosexual man (usually white) is wrought with conditions — and then being just that has its own stress. There’s nothing simple about being a human being and it only becomes more complicated with compound marginal identities.

When we asked activist and blogger Esther Kim if plus-size representation in Asian culture has changed since she was a child, she responded in a way that reminds us just how vast identity is.

“I mean, what IS 'Asian culture?' There's PUNYUS and the Korean Plus Size Magazine, and there are both US-based and international plus-size Asian models. There seems to be more space for fat Asians to exist in public than before, but not much. Growing up as one of the few, if ONLY, fat Asians in my community, I felt like an anomaly. And because of my height and weight, my identity was often policed by others — I must be mixed, I can't be Asian, et cetera,” Kim says.

“I was definitely the fat kid in our family. There's a real dissonance in looking at photos of my younger self and seeing a relatively 'average' kid with a chubby face, but I was tall for my age and heavier than most kids in my class which just made me BIGGER than everyone else. The marker of difference was always clothing. The way shopping for clothes seemed to be an even greater burden on my mother than me was intense. She would lament how pretty certain clothes would be on me if I were only thinner, and how I would have to buy clothes from the women's section as a ten-year-old. As a pre-teen/teen, buying clothes was a way for her to have direct access to my body where she could inspect and critique everything I tried to hide from her and the rest of the world.”

“My father is a very conservative Sri Lankan man who considers fat women to be a personal affront and insult. For him, there's no excuse for any woman to be overweight, even if it's health-related. My white American mum is one of the people who used to tell me to eat cake before bed because I was too skinny, and when I grew curves according to her, I wasn't attractive anymore and needed to lose weight,” Ravishly writer Sezin Koehler chimes in.

“The only people who have helped me love and embrace my plus-size body have been my husband and friends both from on and offline who see beauty in all body types. Thanks to them, I've been able to develop my personal style in a funky way that makes me feel beautiful even though according to both sides of my family it is literally impossible for big girls to be pretty.”

“I feel like plus-size Asian representation hasn’t changed much since I was a kid aside from bloggers and influencers that you see on social media,” blogger Natalie Johnson of Shameless Creature says. “Since I started blogging, my family has had more a positive outlook on larger bodies.”

“I was always a large child,” Johnson tells us. “I have memories of babysitters dressing me as a sumo wrestler at four and me crying about it for years. Family friends and my own family would always have chats about me, my diet, me dieting, and my weight beginning at a very young age.”

“I was put on Weight Watchers by my mother when I was only 12. Nothing really makes you feel quite as self-loathing while being weighed in front of adults. When it came to family dinners, I was cut off from food even if I was still hungry and often not allowed to eat as much as my thinner family members. Though my grandmother who was in a Japanese POW camp during WW2, always would feed me without judgment, I think that stems back from the war and the starvation she went through, she never wanted me to be hungry. I look a lot like her mother, who was also a bigger lady,” non-binary Asian-Canadian blogger Kanika Chantelle tells us. “My school was predominantly Asian (mostly Filipino and Korean), so  I was bullied a lot for my weight. I was also called the N word and told I wasn't 'really Asian' because I'm also Black and not the “right type of Asian.”

They tell us more about their experiences growing up. “Being Black and Asian, I always felt closer to my Black side. The first time I was called the N word was by someone who was Asian, and often I was bullied for my size by other Asian people, so I never felt welcome both because of my skin and because of my weight. I never found myself getting cut off from food or being told I was too large by my Black side, they happily let me eat, nor did they think I couldn't do things because of my weight. Something that really stuck in my mind, was when I went to Jamaica for the first time and at the beach were so many plus size women just in bikinis and it was beautiful, I felt comfortable. I know when I go to Asia fully clothed, I don't feel the same comfort. “

“Through my blog, I’ve been able to articulate my experience, feelings and thoughts to those same people who made me aware of my size,” plus-size blogger Bianca Karina tells Ravishly. “Conversations that probably would have ended up as a fight are now discussions, which is nice. I think people are starting to understand that obsessive body-policing and dieting for the sake of vanity does more harm than good.”

“My mom immigrated from Singapore and my dad from Italy when they were in their early 20s. Going back to Hougang every few years often resulted in several unwanted comments about my ample chest and fleshy thighs,” Vaccarini says of her experiences. “When you are only 15, this isn’t the attention you want. Often I was force-fed past my satiation by uncles and aunts to be polite, then criticized for eating so much. Of course, then it became an 'American' thing to do.”

“I’m biracial. My Chinese family was very fatphobic. I wore a size ten as a ten-year-old. I got a lot of diet talk as a kid — I don’t speak Chinese, and my grandma speaks VERY LITTLE English — the two phrases she could say to me in English were “have you lost weight?” or “lose twenty pounds.” My interactions with that side of the family always took place over endless dim sum banquets, but in the same conversation I would be criticized for being fat but then questioned why I wouldn’t eat larger portions of the food. It was a really weird space to be stuck in.”

“I think my mother’s views have evolved. Having conversations about weight through items she's sees me write about has been so connecting. Opening up and sharing our struggles of surviving and coping with a community whose standard of beauty is rooted in colonialism and the armchair medicalization of weight has really connected us. The language she uses when talking about bodies and the language we use with ourselves is so loving now. It's helping to heal us,” Bay Area fashionista Nina Asay of Fashion Penpals tells us. “As a biracial plus size female who has been many sizes. I have always felt 'in between' in between cultures, in between communities. But recently with the push towards inclusion and intersectionality I'm finding I do have 'Home' places. Like the Body-Positive Small Fats and Body-Positive California groups on Facebook and Kearney Street Workshop and their Celebrate Your Body fashion show. I've also been embraced by the Filipina community and through that I'm more connected to my culture and found strength in my activism as a plus size woman.”