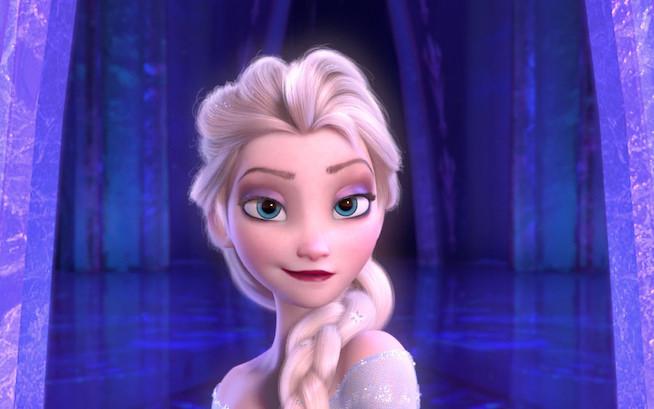 Disney is a pretty LGBTQ-friendly company. They hire LGBTQ people, offer them good benefits, and refuse to make movies in states that don’t treat LGBTQ folks right. The only thing they haven’t done yet is make any major characters in their movies gay. There was that one scene in Frozen where Oaken (the guy with the trading post) gestured to his family and it appeared that his partner was also a guy, so that was cool. But gay princes or princesses? Not yet.

Enter a hashtag campaign to change that. If you look on Twitter today, you’ll see people chatting away about #GiveElsaAGirlfriend. Frozen 2 is in production and a lot of folks would love for Queen Elsa to get a love interest, now that she’s worked out how to not turn people to ice sculptures. Moreover, people think her love interest should be a girl. Heck, some people even think “Let It Go” and Elsa’s acceptance of her true self was a coded acceptance of her own gayness in the first movie. So why not let her all the way out of the (ice) closet?

Predictably, there are people who are desperately afraid that gay princesses will turn their kids gay. That’s patently silly, since there are already gay kids and gay adults who probably had crushes on straight princes or princesses at some point. Or on the Beast. The Beast is the best. That voice. Mmmmmm…

Whether or not Disney has a big coming out number planned for Frozen 2 is still a mystery. It would be incredible if they do. Representation in popular media matters, and for LGBTQ kids to see someone who resembles them would give them a sense of belonging in our culture. Plus, it would be an excellent excuse for someone to actually stage this bit of dialog: 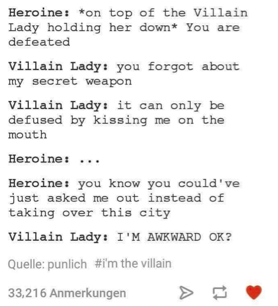 Let’s do it, Disney! Let’s give Elsa a girlfriend!

If you like this article, please share it! Your clicks keep us alive!
Tags
Disney
Frozen
LGBTQ
#GiveElsaAGirlfriend