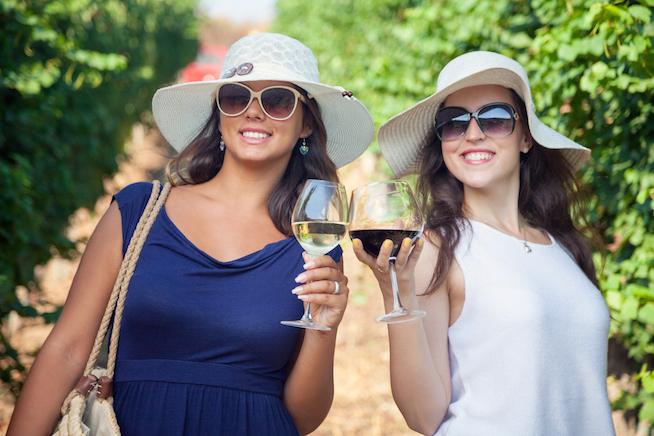 Last week, I did something reckless. I went out for Mexican food, and drank a margarita. The server didn’t ask for my ID, and she didn’t even ask for proof that my ovaries were on lock down.

But according to a new recommendation by the Centers for Disease Control and Prevention, perhaps she should have. The CDC is now recommending that any sexually active women who are not on birth control abstain from alcohol completely, in order to avoid exposing any potential fetuses to alcohol.

“Alcohol can permanently harm a developing baby before a woman knows she is pregnant,” CDC Principal Deputy Director Anne Schuchat, M.D., said in a press release. “The risk is real. Why take the chance?”

Where do we even begin?

First, the risk may be overstated. Of course, we know that fetal alcohol spectrum disorders (FASDs), which can cause physical, cognitive, and social issues, are real and can be prevented if a fetus is not exposed to alcohol at all while in the womb.

However, while it is true that alcohol exposure can cause FASDs, it is not a foregone conclusion that it will. In her book “Expecting Better,” economist Emily Oster details studies that show that no difference in behavior or I.Q. in children whose mothers abstained from alcohol in the first trimester, and those whose mothers drank lightly. Compared to most other countries around the world, the U.S. takes a hardline on alcohol and pregnancy, erring on the side of extreme caution.

Really though, that’s not what matters. The most egregious issue with the CDC’s new warning is that once again men in power are trying to regulate women’s bodies through fear, and blame women for what may go wrong.

“To tell a woman who may have no plans of getting pregnant anytime and practices another method of birth control, be it condoms or natural family planning, that she shouldn’t have a drink because she may end up with child is ridiculous,” said Hannah Fernald, 27. “Let’s just bring back prohibition and see what happens.”

Of course, that’s unlikely, since it would affect both sexes.

In part, the CDC press release reads, “An estimated 3.3 million women between the ages of 15 and 44 years are at risk of exposing their developing baby to alcohol because they are drinking, sexually active, and not using birth control to prevent pregnancy.”

“[This] is so slut-shamey it’s ridiculous,” said Britni de la Cretaz, 31. “It also implies that women’s bodies are only good for the potential babies they might produce. And, of course, the language is cissexist because it’s not just women who get pregnant, and heteronormative because not all women who are having sex are having it with men.”

The recommendation has also given pregnant woman yet another thing to worry about.

One thirty-year-old woman I talked to had previously chosen to terminate a pregnancy, “largely because I had been drinking very heavily on multiple occasions before discovering I was pregnant.”

Although she found out at just five weeks pregnant, she was afraid that two heavy nights of drinking — over New Years and a reunion with a friend — had already wrought negative consequences for her fetus.

“I was terrified that I would not be able to provide for this child in the best of circumstances, and I knew that I did not have the strength at that point in my life to provide for a child who was damaged by my recklessness,” she said.

Despite her experience, she said that she is incredibly conflicted about the CDC’s recommendation.

“I do not think it is realistic, or particularly helpful. I went through exactly what they’re trying to prevent, but honestly I was on birth control and in a committed relationship, but pregnancy was the furthest thing from my mind. It feels like, as happens so many times in our society, women are being blamed for the mistakes society is making when it comes to teaching responsible drinking and safe sex.” 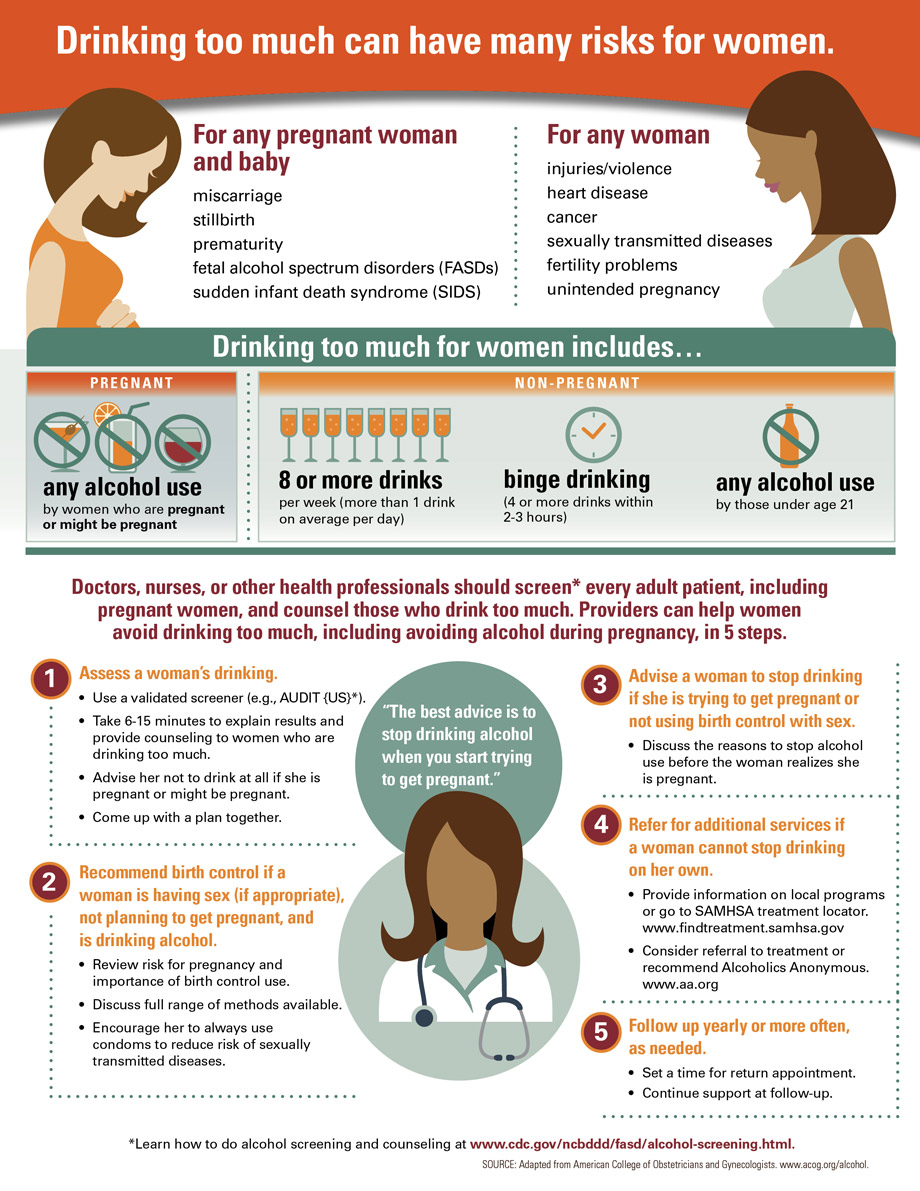 If you like this article, please share it! Your clicks keep us alive!
Tags
cdc
alcohol
pregnancy
birth control