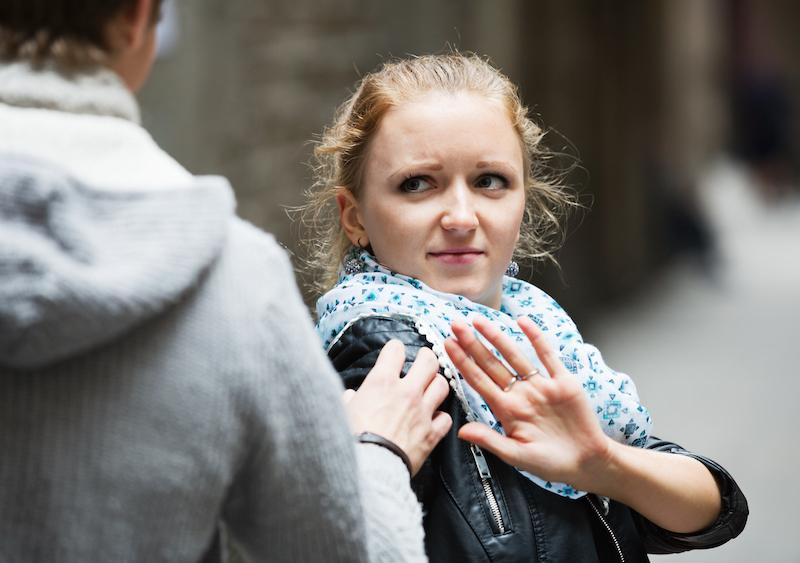 There’s no shortage of evidence that women are subject to street harassment. Ask any woman you know, and she can tell you a story about being taunted, propositioned, followed, grabbed, or otherwise harassed by strangers simply because she had the nerve to have a female body and be within their line of vision. It’s gross and everyone hates it.

Now police in England are taking steps to prosecute misogynistic street harassment as a hate crime. Yep. That’s right. Cops in Nottingham are now calling the bullshit that gross guys do to women on the street a crime.

Nottingham’s working definition of a misogynistic hate crime is “incidents against women that are motivated by an attitude of a man towards a woman and includes behaviour targeted towards a woman by men simply because they are a woman”.

This past summer, police in Nottingham sent officers out during July and August to specifically investigate the incidence of misogyinist crimes, ranging from street harassment to unwanted physical approaches. Officers reported investigating such crimes every three days during that time. That’s comparable to reports of previously established categories of hate crime such as Islamaphobic or anti-semitic actions.

While some people were concerned that adding misogyny to the list of hate crimes would criminalize relatively minor actions such as wolf-whistles, WHO THE HELL CARES? THAT SHIT IS RUDE; GROW SOME MANNERS. Jeez. If you don’t know that bothering strangers for no good reason is not just impolite but also sometimes actually hostile, then yeah. There needs to be a law about it to remind you. No pity here. Keep your whistles, words, and hands to yourself.

Police departments in nearby towns are planning to consult with the Nottingham police department to see how they’re implementing the new regulation and what the impact will be. Here’s hoping women can soon walk the streets in peace.

If you like this article, please share it! Your clicks keep us alive!
Tags
street harassment
sexism
misogyny
harassment