Take The Cake: I Shared My Weight In A Personal Ad & Here's What Happened 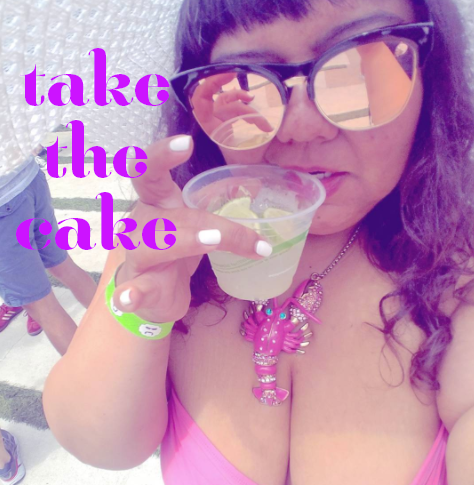 Recently, I posted an ad entitled “Let’s Have Lots of Orgasms Together & Eat Alfajores in My Bed.”

I find that clarity is the key to getting the exact heterosexual intercourse you want. If personals ads were a genre, I would be a New York Times best-selling author by now. I take great care in sharing just the right amount of strange details, mixing the personal with the absurd to create a well-rounded image of the intensely demanding sex and over-sharing that you can expect from me should you accept the challenge. My ads are like David Lynch meets My Little Pony meets the day after Halloween candy sale at Target.

I grew up being taught that women never, ever tell people how much they weigh. Likewise, it feels like one of the cardinal rules of personals is that you avoid direct conversations about your weight if you are a woman. Vaguery is encouraged. Even after years of having told the internet and many others that I weigh 250 pounds, it was still something I felt weird about saying to people who were going to potentially see my genitals. Odd, right?

I hate the current model of straight dating/hookups — women are taught that we have to already always presume that every single dude could be our amazing soulmate and act accordingly. It’s totally exhausting and places the entire burden of being charming/wonderful/irresistible on us.

In the past, when I was younger, clueless, and dating fatphobes (I didn’t know how to pick up on these things and I was dieting myself), I noticed that they did a lot of mental Olympics around their attraction to my body. They would often say things like “you’re not really fat,” or would disparagingly comment on the size of women who were literally exactly the same size as me.

It felt like they needed to say out loud to themselves that they weren’t actively dating and sleeping with a “for real” fat woman.

And then there were men who would focus exclusively on my breasts. All of my fatness would be reduced to my being “busty.” Again, it felt like they were trying to justify to themselves their attraction to my body. They did this by transferring their attraction onto a part of my body that they felt safer desiring because it was more socially acceptable.

Recently, I came to the conclusion that it literally made no sense to keep doing gendered emotional labor for men. I think I was drinking coffee or showering when the heavens opened up and, like, Stevie Nicks came down from on high with that nugget of wisdom. Part of this new paradigm was taking the gloves off around discussions of my body. So, I said it in the ad:

I was ready. I was ready to hear the tears of all the man babies of planet earth rain down on my inbox simultaneously. But you know what?

I got the same number and quality of responses as usual. Not even one single rant from a libertarian. I was, honestly, a little surprised. And the experience was so goddamned freeing.

I realize now that I was doing so much work to take care of another person who is ultimately responsible for his own feelings.

I don’t have to feel compelled to construct my body in a more palatable way for someone I don’t know and don’t really want anything substantive from (except orgasms and delicately sugar-dusted Argentinian cookie sandwiches, of course, which we mutually benefit from obviously). I hate the current model of straight dating/hookups — women are taught that we have to already always presume that every single dude could be our amazing soulmate and act accordingly. It’s totally exhausting and places the entire burden of being charming/wonderful/irresistible on us.

Well, I say, no more! Share your weight and your feelings. Demand desserts. And live your best (sex) life.

If you like this article, please share it! Your clicks keep us alive!
Tags
take the cake
Virgie Tovar
share weight in personal ad
fatphobia
misogyny
dating
Sex
Love