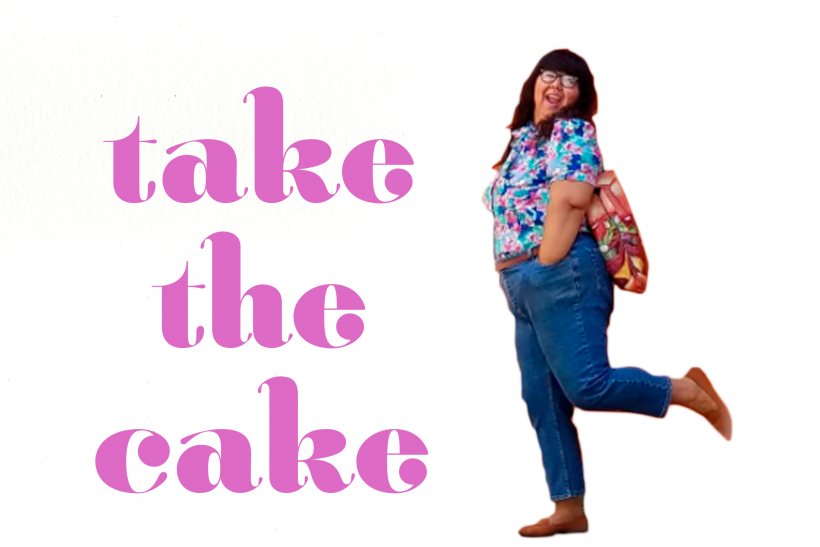 *Spoilers: don’t read this essay if you hate those.

In celebration of the premier of Stephen King's It remake, a bunch of my friends and I dressed up in clown drag and made our way to our local carnival-themed restaurant, Straw. We ate funnel cake, donut hamburgers, and we even got a complimentary bowl of the artisanal cotton candy du jour.

I was excited that Stephen King's magnum opus was getting a second life. At first I couldn't believe they had the gall to try to one-up Tim Curry (no one puts Dr. Frank-N-Furter in a corner), but once the distaste faded (it only took like 3 minutes, girl) the anticipation set in.

Horror is by far my favorite genre. I feel like there's something about dystopian landscapes that ring true about the world I see around me. When I watch a woman in a tiny skirt getting chased through a forest with an axe I don't feel like this is that far-removed from my reality. I see it as a hyperbolized version of the sexism and rape culture I live with every day.

When I watch someone's neck goiter get popped in the middle of a fight, I'm reminded of all the disgusting little parts of our daily lives that are normalized - but that are just as vile.

Sadistic murder clown stories are one of my favorite horror sub-genres. They symbolize our cultural obsession with the loss of childhood innocence, and our anxiety about modernity with all of its carnivalesque trappings.

The movie delivered on the terror front: the eery suburban hellscape, the Stranger Things 80s vibe, and Bill Skarsgard's version of the clown, Pennywise, is much droolier than I recall Tim Curry's being. And I love drool; it's just an amazing device.

The portrayal of fat people in the movie was something that I was not prepared for, though.

There are two fat characters of note: 13-year old Ben and his friend’s (Eddie) mother. Both characters relied heavily upon fat negative tropes that tell us a lot about how fat people are used in film to confirm preexisting cultural narratives.

The film follows a group of young teenagers, all boys except for a girl named Beverly. She is the love interest of both Ben (aforementioned fat boy) and Bill (a thin boy, and the hero of the story). They are all haunted by Pennywise, who lures children into the sewer and then kills them.

Ben is the group historian. He dives into the town’s archives and uncovers there’s a history of mass disappearance. He is portrayed as a poet-researcher with a heart of gold. He is a good-natured perpetual child whose job is to help and save others while his romantic potential (i.e. his adulthood) is never actualized. He and his body are both feminized and infantilized throughout the film.

Ben’s bullies have a nickname for him: “Tits.” There's a scene where his shirt is pulled over his head exposing his belly and chest — an unclothing act I associate with female sexual humiliation. The head bully then takes out a knife and starts to carve his initials into Ben’s belly — essentially marking his "territory" in an act of masculine dominance and claiming. Ben’s partially nude body gets exposed a lot in the film, perhaps even more than Beverly’s. The similar treatment of their bodies calls Ben’s gender into question.

I mean, I’m all about Beverly getting hers on her terms, but her rejection of Ben is positioned as so inevitable that it doesn’t even merit explanation in the film.

Ben is in love with Beverly. Throughout the film she treats him like a younger child, even though they are the same age. There’s a scene where she totally gives him a grandpa-wink. Why, Beverly? She offers him gestures of attention/affection that we are meant to read as acts of generosity and kindness. Ben’s existence serves as a device to make the audience like and relate to Beverly more. In fact, Beverly is acting like a patronizing dick.

The other noteworthy fat character is Eddie’s mother. Eddie is portrayed as a having a number of chronic illnesses that require consistent care, but we find out about halfway through the film that his mother has Munchausen by proxy (https://en.wikipedia.org/wiki/Munchausen_syndrome_by_proxy) (MBP) and all of his medications are placebos.

As opposed to Ben's archetype, the audience is meant to loathe this woman. She is portrayed as a monstrous fat mother with an un-boundaried desire for closeness to her son. The audience understands implicitly that her MBP is a stand-in for her unfulfilled desire to be loved by a masculine person. We further understand her body as an extension of her moral deficit. Her thinly veiled desire for inappropriate romantic affection places her in opposition to Ben’s purity of heart, confirming our social understanding of fat people as un-nuanced.

Near the end of the film Beverly is taken by Pennywise and put into a deathlike state. It is Ben's kiss that awakens her. I would like to critique non-consensual kissing of faux dead girls, and also point out that this act of saving falls in line with the social expectation that fat people are self-sacrificial helpers.

I have seen the same tropes of fat people for the entirety of my life. Personally, I am so ready for a remake on what fat people are capable of doing and being.

In the penultimate scene we watch the romance between Beverly and Bill culminate with a long-awaited kiss in over-the-top cinematic style - it's in slow motion and their hair is even gently blowing in the wind. I mean, I’m all about Beverly getting hers on her terms, but her rejection of Ben is positioned as so inevitable that it doesn’t even merit explanation in the film. There's no point where she even articulates ambivalence. It's just understood that he is not a viable romantic partner because of his fatness.

Like Ben, fat people are always expected to be on the sidelines witnessing others living full lives. Our forced spectatorship makes thin people’s lives more real.

Through the film, we see that thinness is a marker of successful absorption into society. The way that Bill and Beverly’s coupling is built up as inevitable and relatable speaks to the non-stop messaging around what love looks like. The audience just understands that Ben is not part of that story. The audience just understands that Eddie’s mom must extort love from her son because her body renders her undesirable. These presumptuous narratives are dehumanizing and absurd. Fat people are positioned as the culprits of failure and alienation, when in fact it is the culture’s fatphobia that leads to these things. These are the portrayals we are given again and again to understand our existence.

I often think of movies and television as the modern-day fire pit around which humans in our society gather and learn about what's expected from us. It is through film that we see cultural stories and it is through those stories that we make sense of our own lives. I have seen the same tropes of fat people for the entirety of my life. Personally, I am so ready for a remake on what fat people are capable of doing and being. I think the narrow and myopic lens through which fat people were portrayed in the It remake is worthy of its very own horror movie.

If you like this article, please share it! Your clicks keep us alive!
Tags
horror
Movies
pop culture
fatphobia
Stephen King
clowns
fatness