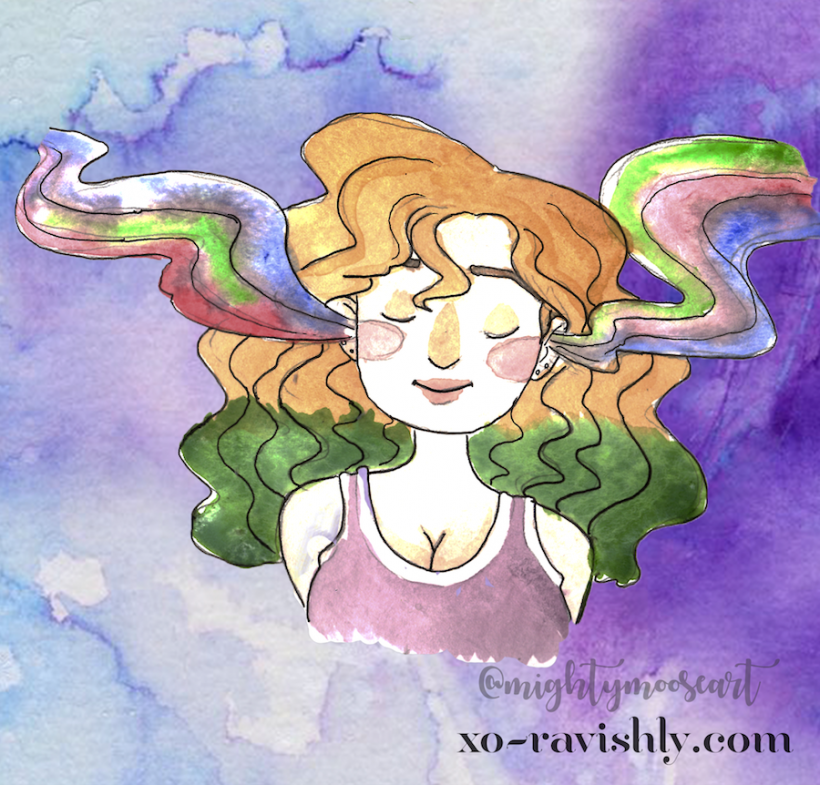 For the first time since I began making them, my seasonal playlist has become so long that I’ve decided to start a “Part II.” Since the fall of 2015 (according to Spotify, at least), I have kept an ongoing record of the songs I listen to over and over, organized according to each season.

Winter of 2016 was brimming with Hamilton, and last summer was full of Mitski and Frightened Rabbit. “Songs to melt to,” I remember thinking when I listened to it.

It started out as an idea I got from a Rookie article — maybe one day I’ll remember which one — that talked about keeping a monthly playlist of all the songs you listened to while you were away at college. One month seemed too short a time to make a solidly good playlist, and I suck at attending college consistently, so the concept morphed into a seasonal mood playlist. It feels more like an emotional journal than a record of anything going on beyond the confines of my earbuds, my battered bluetooth speaker, or the place where the tape deck used to be in my truck that I shove my phone into when I want to listen to music while I drive.

Sometimes the playlists are angsty and melodramatic and indulgent. Lots of Fiona Apple and Tori Amos — and once, as embarrassing as it was earnest, “Red Football” by Sinead O’Connor. Other times, I’ll veer off on a tangent and start playlists based on movies I’m watching or books I’ve been reading. In any case, it somehow ended up being a much more confessional process than I anticipated; sometimes it feels more intimate than if I were to keep a more traditional sort of journal. For all my love of curating and archiving, I am terrible at keeping a daily diary.

"When I forget to eat and fail to sleep, I still manage to turn on a song."

A lot of my coping skills and self-care routines are deliberate processes that I've spent a long time figuring out. They are weighted with intention, and that’s how they keep me grounded and sane. But music seems to be more intrinsic to the way I move around in the world. There’s a picture of me as a baby that makes me wish I could remember the moment it was taken: I’m sitting on my Dad’s desk, back up against the wall, legs splayed out across the dark wood. All around me are stacks and stacks of CDs, some of them organized on display stands, many of them grasped carelessly in my eager little hands. I’m smiling at someone above me and laughing in blissed-out shrieks — that someone is probably my Dad.

My Dad started collecting music in high school, eventually amassing whole flats of tapes and CDs. I’ve spent countless hours sifting through them in the various garages they’ve occupied over the years, filling industrial shelves that reached the ceiling. I remember going to music stores with him when I was small and flipping through the album covers made from thickly folded cardstock. Later, we started a vinyl collection together and I would sit at his turntable, transfixed by the pops and cracks of music etched into circles. We listened to everything, all the time. When my Dad disappeared into his bedroom for weeks and then months and then years, I could still reach him with music, and he could answer back. Even at the cavernous bottom of an addiction cloaked in major depressive disorder, I could still find him in the waver of a Johnny Cash recording at Folsom. In the echo of Morrisey’s refrains, in frenetic whorls of German techno and Irish punk rock that punctuated his comings and goings. Even when he was trying his very hardest not to survive, my Dad still gave himself music. And somewhere along the way, he gave it to me too.

When I forget to eat and fail to sleep, I still manage to turn on a song. It’s one of my best instincts; call it self-soothing or regressive or a “band-aid” or anything you want, really. There are a lot of words for breathing, too.

When I first started making the playlists, they weren’t very long. I would sometimes forget about them, absorbed in crafting the perfect collection of songs that sounded like raindrops, or amusing myself with a mix of “Songs that Wes Anderson probably listens to.” But as I kept going, the playlists grew longer. They became something I looked forward to at the start of each new season, a way of keeping me grounded in the passage of time when I often would have preferred to just float away and vanish into nothingness instead.

I started thinking of them as not just a natural impulse to collect and consume copious amounts of music, but also a very real and important tool in managing my mental illness.

I wonder about how long they’ll become, what wild and innovative streaming platform I’ll migrate them to. I like to picture a middle-aged me, pulling up old media files and showing her kids the music that played through spring of 2017. Maybe the throwback will make me nostalgic for old songs, so I'll add a few favorites to the playlist Future Me is still keeping after all these years. I hope she still likes Kate Bush.