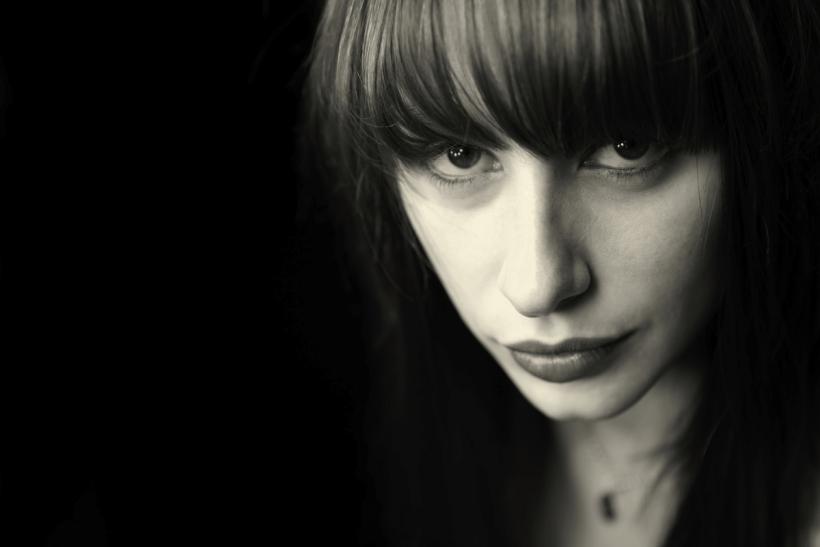 Jealousy can live right under the surface, even amongst friends.

I’ve felt shades of envy throughout my life. These days, I can quiet it better, but when I was younger, it was more malicious, more insecure. A writer whose work I didn’t “like” won an award and I scoffed; it was jealousy. In the writing community (probably like in any community), there’s a lot of kindness and support, but there’s also a lot of behind-the-scenes pettiness. Writers lob insults at their peers: so and so’s work is too accessible, or under-revised, the sort of hip MFA voice that will undoubtedly date itself.

Because underneath this veil we’re afraid — I was afraid — of not being talented, not working hard enough, not being seen or remembered or validated.

You’d think, instead, we’d be jealous of (or, really, inspired by) those writers whose work moves us or forces us to get our shit together. Instead, we sometimes turn our hunger for success into jabs at others for simply trying to succeed.

Side note: There are probably some valid impetuses for jealousy or jealousy-like feelings, though — and I’m not reducing those: nepotism, classism, and so forth).

I remember reading an account of one writer who said he hates seeing authors get rich and famous: “It feels as if God has whimsically — perhaps even sadistically — rolled the dice and randomly selected one of thousands and thousands of deserving writers to win that ever-elusive and rare fame-and-fortune author’s lottery.”

Then, he goes on to say, “The concomitant of professional jealousy is schadenfreude. I admit it: when I fail to see a particular author’s book on the shelves of Barnes & Noble, I experience a moment of consolation, if not outright glee. Well if her books aren’t here, I think, then I shouldn’t feel bad that mine aren’t.”

It’s definitely harsh; I remember thinking, why would he write this? But really, people don’t talk about it often enough; maybe that’s because it’s ugly and shouldn’t be seen? Just like that writer taking solace in another person’s failures, you can find consolation in the fact that you’re not alone in whatever feelings you may have (except maybe for Oprah, who is divine and who says she’s never had jealousy in her relationship with Gayle).

We are taught that jealousy is our weakness, it’s our cross to bear. And we’re not really ever told how to deal with it. So we sit with it and make it quiet and small, and it turns into resentment and even sickness.

Then there are famous cases like Nancy Kerrigan and Tonya Harding and scores of other cases around success or money. Think about Countess Elizabeth Bathory, the Hungarian noblewoman who so wanted youth and beauty and love that she would murder virginal girls and bathe in their blood for her revitalization. Her need for beauty was steeped in deep-seated jealousy; as she grew older, it seems, she felt invisible.

It goes on and on, as old as time, proving that jealousy can live right under the surface, even amongst friends. It waits for us to settle into to it and let it pass — or give into it and its consequences.

We go about our time pretending as though we’re the ever-gracious, always-pleasant, even-heeled people (and professionals) we’re supposed to be, no matter our profession or plight in life. The reality is that fear and want and a need for validation can poison our perspective, sometimes making it so that jealousy feels both painful and pleasurable (in a self-comfort-through-hatred sort of way).

It’s really, really hard to disassemble those feelings. But I think it’s important to.

So, why are we jealous? In the book The Evolutionary Psychology of Envy, we’re told that jealousy exists because it’s rooted in the ways we evaluate who we are. Who better to compare ourselves to than our peers? Our friends? Our family? They’re just like us; the scale for self-evaluation, then, makes sense.

What happens when someone is jealous of you, though? You might see it if someone buries an insult in a compliment (like, “Congrats on your new job; I wish I felt ethically comfortable making tons of money for a corporate giant.”) People do and say plenty of ridiculous stuff when they’re jealous; I bet you have a handful of examples right now.

I talked to my friend, writer Joanna Valente, who explained: “I think people show jealousy by not acknowledging what you do because it's a way to pretend you don't work as hard as you do. It’s not always nasty comments, but silence.”

So no matter who is being envied and who is doing the envying, the whole thing is poisoned.

How much energy does it take to be jealous? Hint: Way too much.

How fun is it to know people are jealous of your work or success? Hint: Way (like, way-way) less than you might think.

We are taught that jealousy is our weakness, it’s our cross to bear. And we’re not really ever told how to deal with it. So we sit with it and make it quiet and small, and it turns into resentment and even sickness. We’re told to check it or to be complimented by it. We’re told to make it into something productive. Just do something with it, but don’t talk about it.

The fact is that we’re manipulated by a world — and a society — that values value in very specific ways. In this sense, jealousy is born out of a corrupt system. A system by which we are constantly judged. It’s that very evaluation of self that is connected to all the wrong puppet-strings.

The patriarchy makes us ask: am I pretty enough? Capitalism makes us ask: am I wealthy enough? Am I educated enough? Popular enough? So, if we tried to disassemble our feelings, we’d have to take a long hard look at the systems that influence our thinking. Obviously, value keeps the world moving; but there’s a line at which value becomes less about community and survival and more about the need to have and be and do everything.

So, let’s just all take a minute to quietly acknowledge our jealousies.

Sometimes I feel like I’m continuously held to such a standard that I’m defeated before I even try.

I try to have compassion for those feelings, and then I try to let it pass. I do this, and I fail. And I’ve failed a lot. But I do it again. And sometimes it sticks.

And how might it look if we stopped — at the moment those feelings pop up — to look the system in the eye and say, I see you, now go?

If you like this article, please share it! Your clicks keep us alive!
Tags
What's Not Said
envy
jealous
jealousy
honest
honesty 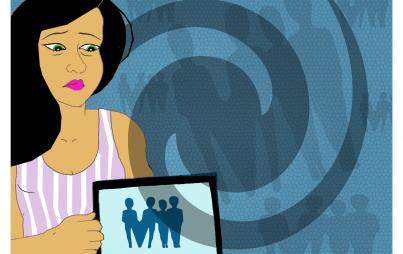 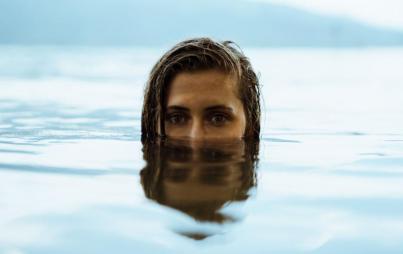 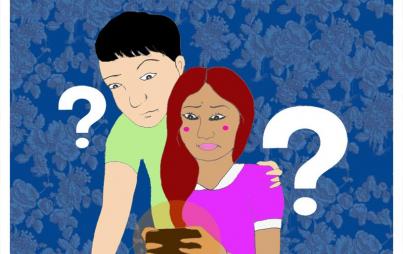 Ask Erin: Am I Overreacting? 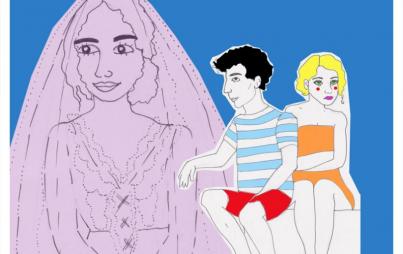