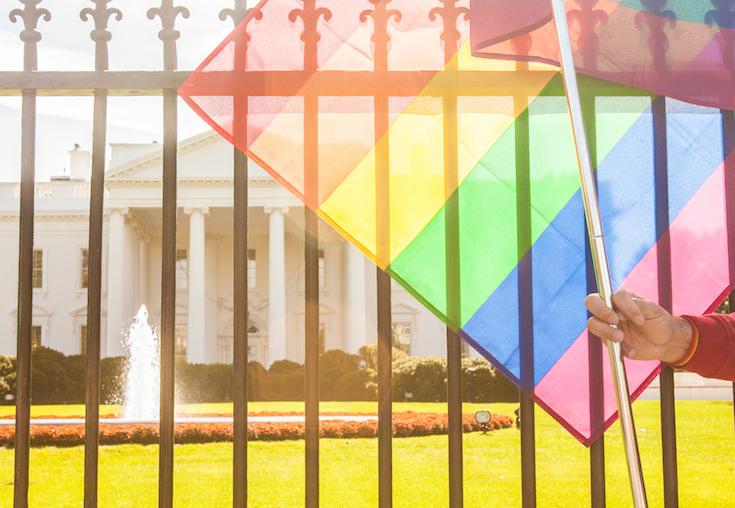 Guess what just happened? (Alas, you saw the title. You know what's coming.)

There's a gender neutral bathroom. In the White House. OMG, Becky. Specifically, this new restroom is in the Eisenhower Executive Office—which is primarily used by the President and Vice President's staff. White House spokesperson, Jeff Tiller, explained to The Advocate that the new restrooms are intended for both staff and guest use however. The Advocate pointed out that federal employees have had the right to use the bathroom that aligns with their gender identity since 2011. These new restrooms represent one serious stride even further however, starkly acknowledging the fact that the notion of gender as binary is indeed outdated.

"It is heartening to see that, even if legislators in some states are attacking the dignity and humanity of transgender and gender-nonconforming people, at least the White House is still moving in the direction of dignity and common sense," Mara Keisling, executive director of the National Center for Transgender Equality, told The Advocate.

It's hard not to believe that this white-tiled statement won't have rippling affects; a national conversation has risen from a simmer to a boil.

In fact, just last week, the Department of Justice formally sued an employer over antitrans workplace discrimination; this past December the government began interpreting these kinds of cases as sex discrimination, which is straight-up prohibited we'll have you know. (Under Title VII of the Civil Rights Act of 1964.)

So run and tell that.