Your Lack Of Nudity Is Hurting Us All 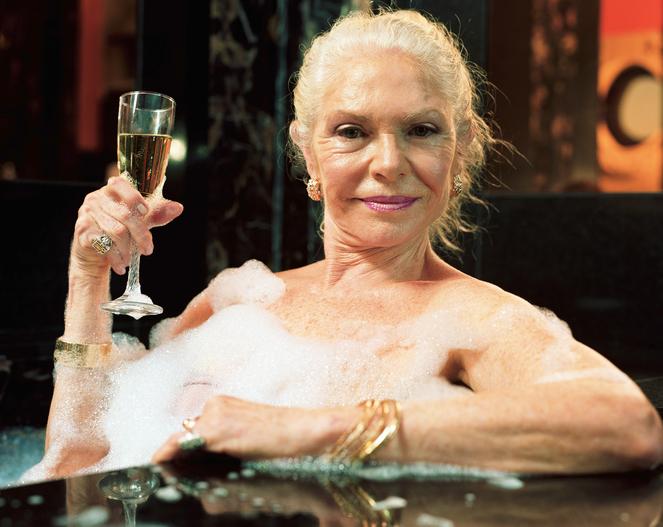 Other cultures provide more opportunities to see a variety of bodies in the nude.

I want more nudist-friendly spaces. I’m not saying it’s the answer to all of our problems, but I think it could help.

I, like many other women, went through a transformation when I was in a nudist environment. Surrounded by people of all shapes and sizes, I went topless in Ibiza. In that moment, I didn’t suddenly love my body — but, I accepted it. I learned to say “fuck you” to hating it. I started to enjoy life, free from the constant anxiety that my body wasn’t "good enough" to do so.

These spaces aren’t meant to further sexualize the body or shame people. In a place like a nude beach or spa, the point isn’t necessarily to promote body acceptance. In fact, the body is simply an accessory, a means to an end. The body is the unavoidable method the heart and soul require to relish an experience. Being in this space, we see that no body, no matter its shape, stretch mark patterns, crooked breasts, or hairy ass limits an individual from fully participating.

We need these spaces, because they can help us be okay with ourselves when it doesn’t come so easily.

Studies have shown that being naked is good for body image (it also has a lot of other benefits as well). The idea is that the more comfortable you are being naked, the more positively you’ll view your body. It makes sense, but simply being naked never helped me — and I’m pretty sure I’m not the only one.

Because I could be naked, either alone or with a partner, and still wasn’t comfortable with my body. I grew up seeing so little of other peoples’ bodies, my only references of comparison were the images I saw in media. It’s no secret that our media promotes a distorted version of what normalcy looks like. In fact, when Joni Edelman wrote about why she decided to pose nude, she shared a startling statistic: “Ninety-eight percent of bodies we see displayed in the media are a form less than two percent of us can achieve.”

Mainstream U.S. society has a weird relationship to nudity (public indecency laws are wacky, too: women can be topless in New York City, but receive a fine in Chicago, for example). There are growing numbers of nude spas (influences from abroad), but ... people in the U.S. still take an immature view of nudity compared to other cultures.

If that’s the body type we’re comparing ourselves to, is being naked going to solve the problem completely? We’re still going to feel like shit. Because how could we accept ourselves — whether we’re fat, thin, pear-shaped, lopsided or covered in cellulite — if we never see anyone who looks like us?

No matter how many times I looked at myself in the mirror and contemplated the shape of my misplaced nipples and thunder thighs, I never felt normal. As humans, we desperately crave to feel normal, because normal means being accepted. I’m not the first person to say that it feels like society is stacked against us ever achieving that.

If the media is still lagging in representing diversity of bodies, genders, and colors, we can’t wait.

We could use more nudist spaces, where we’re not just naked, but naked around other people. Other people who, just like us, don’t fit the stereotypical "good" body.

Mainstream U.S. society has a weird relationship to nudity (public indecency laws are wacky, too: women can be topless in New York City, but receive a fine in Chicago, for example). There are growing numbers of nude spas (influences from abroad), but as Carla Adams noted in her article about naturism and feminism, people in the U.S. take an immature view of nudity compared to other cultures. Instead of natural, it’s seen as inherently sexual.

The nude bodies we see are often disempowering: our culture’s experience of nudity is rarely for the nude individual’s benefit, but most likely for someone else’s.

The lack of these spaces and the conservative view of nudity means that I, and many others, grew up completely shielded from seeing average bodies. The ones we see are, as Edelman mentioned, unattainable.

I learned to gain “F-Off Status,” as I call it, in Ibiza, but months later I realized how detrimental a nude-phobia culture can be for body image. Still high on my new body neutrality, I went naked at a Moroccan hammam, a place of social and cultural significance where nudity is mandated.

The day I went, a local family was officiating a special ceremony for a wedding. As the only non-member of the family present, the women invited me to join the chanting, clapping and water-pouring over the bride-to-be. It was all very confusing and very exciting — and an honor to witness.

Even more impactful than the ceremony was that some of the women there weren’t yet women. They couldn’t have been more than eight or nine years old, maybe even younger, and they already knew what a woman’s body looked like.

I thought about how they had this space, this hammam, where they could see not only their mother’s body, but their cousins’, their aunts’, their grandmothers’ bodies. They have the chance to see that no cottage cheese conglomeration or scar or breast shape should make someone ashamed. They get the chance to see a real body, not an airbrushed, unachievable form, and know that however they develop, it doesn’t make them less permitted in this space.

I had to question: if nudity had been more normal in my upbringing, would I have hated my breasts with all my being? Would I have tried to change every part of me for the majority of my life, thinking I had problems? Would I have limited the things that I did out of fear that my body wasn’t good enough? Or, would I have understood that words like "good" and "normal" are not representative of most peoples’ lived experiences, and shouldn’t dictate my perception of myself?

I know body acceptance is more complicated than I’m describing here. I know the body positivity movement has worked years, not only for their own body acceptance (or body neutrality), but for the world to stop criticizing others and their choices. More nudity won’t automatically heal the exploitative past of the sexualization of the black body, exclusion of people with disabilities, or the complexities of being a non-binary or trans person in our society.

At the very least, it might teach us that in the end, a body is just a body, and the real gift of life is being able to experience it. The more we see something, the more normal it becomes.

I’d like to believe that had I grown up going to a place like this hammam, I would have seen more body diversity and saved myself from constant self-deprecation.