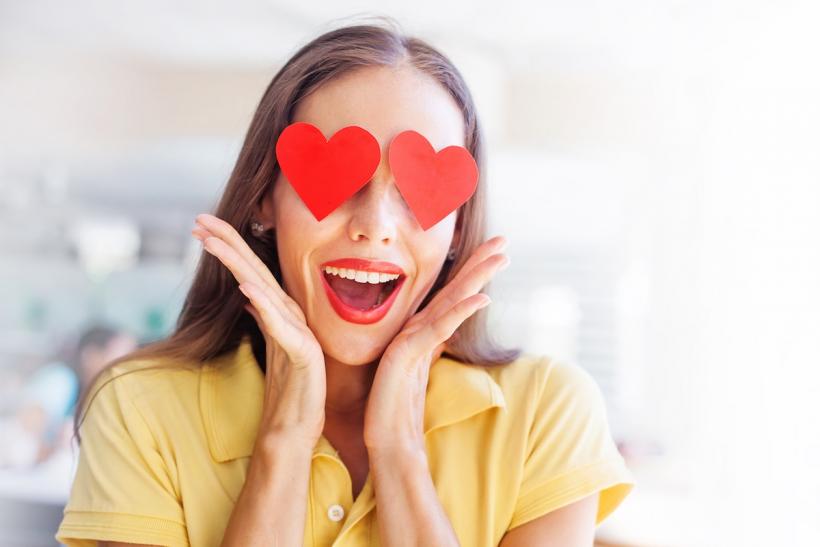 “I think I fell in love at first sight,” I had texted a friend.

It was almost a year ago that I saw him (let’s call him Bill) for the last time. We spent several seconds in silence. Gripped by our locked gaze, my pulse throbbed through my limbs, signaling the unexplainable intimacy of this moment. And it reminded me that I  should finally download Tinder if talking to a cute boy makes me this nervous.

From my peripheral vision, I could see Bill’s credit card in his hand. I held on tightly to his takeaway salad, not yet ready to hand it over. My workmates stifled their giggles.

“I think I fell in love at first sight,” I had texted a friend the first time he came into the eatery where I was working. (It had already made me crazy.) But it wasn’t at first sight that I fell in love — although I later admired his grin, those turquoise eyes, and boyish curly hair. As we faced each other, only separated by a refrigerated display case of vegetable toppings (it was like a bad rom-com), it was his sharp sense of humor and the ease of our playful banter that overpowered me. It only took his request for carrots, please, to realize I wanted him to look at me forever.

It was absurd, though, to feel this way. It’s been hard to have strong feelings for anyone, and when I have, I squirmed at the thought of changing anything about my life for a man.

Until that man was Bill, who showed up to order a salad.

Since our first encounter, my dreaded tram ride commutes had become uninterrupted opportunities to fantasize about being with him. We would saunter about Melbourne, holding hands as we passed the hipsters of Fitzroy and giggling while we ate Doughnut Time in Federation Square. (“Oh stop, you have chocolate on your face!” he’d playfully say.)

That night would be the same as always. I would take Bill’s credit card, and he would grab his salad. We would say goodbye, and I would escape to the kitchen, determined to get rid of my lobster-red tint as my workmates laughed uncontrollably. Then, I would spend the rest of the week waiting for him to walk through the door again. Except, that would be impossible. I was only in Australia on a temporary working holiday, and that night was my last shift. A few days later, I would be driving around the country.

We never had to decide who would make sacrifices for whom, and thus we never grew to resent each other. Our paralyzing love never unraveled, never exposed our real, imperfect selves. It never had the chance to.

“Well, um, do you want to pay now?” I asked him, breaking our silence.

He handed me his credit card. I regretfully told him it was my last shift, hoping he might ask me to marry him so I’d stay.

Is that all he’s going to say? I would never serve Bill a salad again. I had to do something.

“Get your number?” he replied, eagerly. Thank god, I thought. That was easier than I’d anticipated.

Then, I left Melbourne as planned. We briefly stayed in contact, but his replies soon became one-word answers. Mortified I had either misinterpreted our encounters or, worse, turned out to be a snooze-fest, I didn’t pursue it further.

Still, having abandoned any real-life attempts to be with Bill wasn’t enough to forget him.

For months I checked my phone, praying to see a message from him. I was even willing to piss off my best friend and quit my travels to fly back to Melbourne in an instant.

He never did, and I eventually left Australia. Now, almost a year later, and with no plausibility of us ever being together, I still dream of him at least once a week. I think of looking into his eyes, and I can still feel my body losing control, my legs no longer able to support my frame, the welcome pit in my stomach, the inability to quiet my trembling hands.

Last week I was struck by the reality of why the idea of Bill, the man I barely knew, has consumed me for so long. (And questioned whether not I was still considered brave for liking someone who didn’t like me back if the liking someone had no basis in reality whatsoever?)

I watched the 2013 film LuTo, which follows the deterioration of the main characters’ relationship. At first, the pair is swept away by the intensity of mutual infatuation. Time passes, and they then face the inevitable realization: they are both flawed, and it drives them apart.
Soon after, I came across a Gabriel Garcia Marquez quote on my Instagram feed: “Some feelings are better left platonic; it is better to remember them like that, unreal, unfinished, because that makes them perfect.”

Was he perfect in my eyes, still capable of inciting the feeling like a thousand crayfish were scraping away at my insides (sounds terrible, but I promise you’d want it, too) because I didn’t really know him? Was that how love at first sight works? Maybe, according to science.

Bill never made fun of my obsessive note-taking (which I tend to take offense to: “I’ll forget these memories, what if I need them for a story!?”) or had to witness the way I manage to remain in the same physical body but become the devil in the morning (“I said five.more.minutes. Leave!”). We never had to decide who would make sacrifices for whom, and thus we never grew to resent each other. Our paralyzing love never unraveled, never exposed our real, imperfect selves. It never had the chance to.

Bill’s existence provides me with something less complicated: pure happiness.

And the false hope that a make-your-own-salad does lead to true love. An actual relationship tends to be a lot more complicated.

As Marquez wrote, it’s this — a connection left undeveloped — that makes the thought of an ‘us’ so perfect. Thus, the memory of Bill becomes more powerful than what the reality might have been, and that’s okay. With so much disappointment in the world, why would I choose more when I can savor the illusion of a perpetual love story that never turns into me wailing Taylor Swift lyrics?

If you like this article, please share it! Your clicks keep us alive!
Tags
love at first sight
Love
infatuation
crush
chemistry of love
chemistry