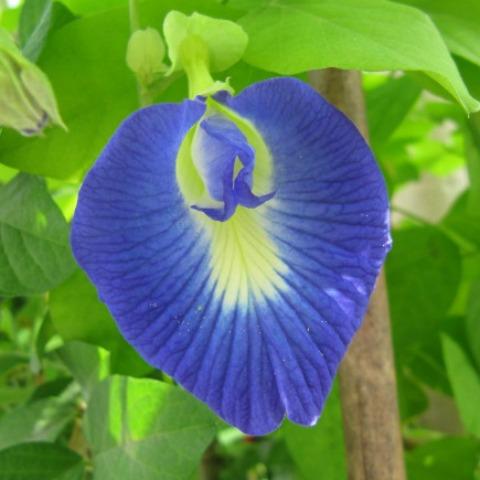 There are may things we take for granted. Shelter. Food. Water. And, for many of us, fully functioning vaginas. Yup—Aunt Flo and all, you're damn fortunate if your ladybits are in tiptop shape. Until recently, the alternatives were . . . well, uncomfortable (think stretching). It was just announced, however, that scientists have created a far more efficient method.

Now, before we get all ahead of ourselves with excitement we need to back up a bit. Between the years 2005 and 2008, four young women between the ages of 13 and 18 sought medical intervention for their MRKH. MRKH syndrome—which affects 1 out of every 4,500 female babies—leaves girls with an underdeveloped (or, sometimes absent) vagina and uterus. Though things look hunky dory from the outside, women affected by MRKH syndrome cannot have sex or conceive a baby without severe medical intervention. In a sense, the vagina is more of a glorified dimple unavailable for sexual penetration. In the past, MRKH afflicted women had to undergo a series of painful vaginal dilations (remember when we said, "stretching?") just to make room up there for a normal-ish sex life.

Sad, right? Don't worry—these four young women have a happy ending. A team of doctors spanning from London to Mexico City created lab grown vaginas and surgically implanted them into the bodies of these (now) lucky ladies. The team continued to check in on the girls regularly to observe the progress. After years of extensive monitoring our doctor friends are pleased to announce that the neo vaginas not only fit in the bodies perfectly, but also have caused the women to get menstruate.

Wait, vaginas don't just grow like sunflowers! How do they do it? The exact procedure is as follows:

"The researchers started off by collecting a small amount of cells from genital tissue and grew two types of cells in the lab: muscle cells and epithelial cells, a type of cell that lines body cavities. About four weeks later, the team started applying layers of the cells onto a scaffold made of collagen, a material that can be absorbed by the body. They then shaped the organ to fit each patient's anatomy, and placed it in an incubator.

A week later, the team created a cavity in the body and surgically attached the vaginal implants to existing reproductive organs. Once implanted, nerves and blood vessels formed to feed the new organ, and new cells eventually replaced the scaffolding as it was absorbed by the body."

Let's get back to the ultra happy news. Because they now menstruate, Dr. Anthony Atala, director of Wake Forest Baptist Medical Center's Institute for Regenerative Medicine in North Carolina, speculates that they may be able to bear children. Though trans folk may benefit from a surgical vag upgrade, they don't possess the means (i.e. ovaries and uterus) to create a baby and carry it to full term. But for women born with MRKH, this may be very good news.

Much of a woman's identity lies in motherhood. Even if you don't want children, knowing that you can produce them is part of what makes us, well, womanly. Pregnancy scares are never fun, but it's a universal experience for ladies and can make a hilarious bonding conversation amongst strangers. Similarly, unacquainted chicas everywhere can become instantly bonded by their shared status as mothers. It doesn't matter if you're 17 or 71—having been pregnant and delivering a baby is a life altering experience that (some say) truly transforms a girl into a woman.

Until now, one in every 4,500 girls could not share this experience. Sure, that's a tiny part of the female population (estimation: just under 800,000) overall, but the fact that science has found a way to make all these women feel more, well, feminine is nothing short of amazing.

Image: believe it or not, the name of this flower is 'clitoria.' Courtesy of, Leonora Enking of Flickr