Let Airbnb Turn Your Apartment into a Brothel! 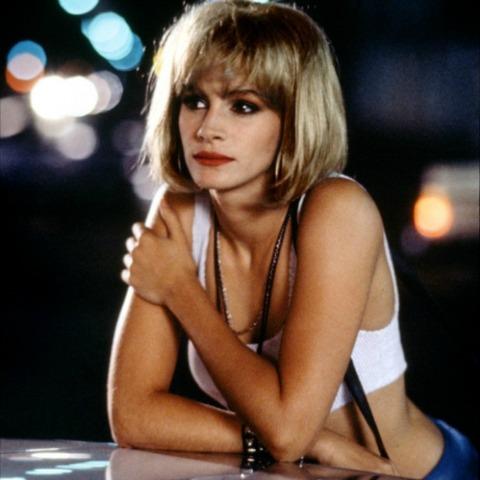 Yup, clever sex workers are totally using Airbnb as a clandestine brothel; those clever ladies have got some tricks up their thigh boots! Several stories have popped up recently surrounding the, err, business aspect of renting out a private residence instead of a hotel. Prostitutes basically hit the jackpot here: it's less expensive, has a plethora of amenities, and—best of all—no cameras. It's not just a few entrepreneurial call girls either. Actual escort services have taken the reigns, plied their girls with pre-paid debit cards and bogus identities and started flooding delectable domiciles on Airbnb. Across the nation, startled folks are finding evidence of the acts at their humble homes and none too pleased. (Take New Yorker Jessica Penzari who example who got a call from the cops after a prostitute was slashed in her apartment. She came home to "ten used condoms" and a plethora of baby wipes.)

Between Airbnb and ride share companies like Lyft, we're continually heading towards a shared economy with savvy folks trying to circumnavigate the Man. While using a stranger's home as a brothel isn't definitely not okay, we have to admit there's something pleasing about the all-for-one notion of shared space. While these services obviously have capitalistic undertones—we're making money off this shit after-all (I think even Ayn Rand would be into this "moral" facet of money-making)—it's also about collapsing the boundaries between us. These companies allow strangers to get up-close and personal with our lives and we think it speaks volumes to our ability to fundamentally trust one another. (Sadly, getting professionally sodomized all over someone's duvet cover under the auspices of "a New York vacation" takes advantage of said trust.)

Airbnb seems to be more-than-aware that we're all on the cusp of Lord of the Flies behavior; when left to our devices we'll often regress to violence, sex-crazed maniacs—that's why every host is protected by a $1-million insurance policy with Lloyd's of London. I think we can all agree that 9 out of 10 couples Airbnbing have had sex in a borrowed guest room and most hosts have accepted that (maybe) painful vision.

Where do we draw the line when it comes to protecting your personal space? Someone, completely legally, could have used ten condoms and baby wipes and as an Airbnb user you've basically given the proverbial yellow light to do, simply by listing your home. When it comes to issues of legality, there's an element of cave-men, "this is my sacred dwelling space" thinking; you'd like to believe that there's a mutual understanding of "what's right."

Does this mean the "shared economy" can't last? Are there too many horror stories for this model to succeed? Is the transient brothel movement a sign that we weren't meant to return to our preschool roots of 'sharing is caring?'