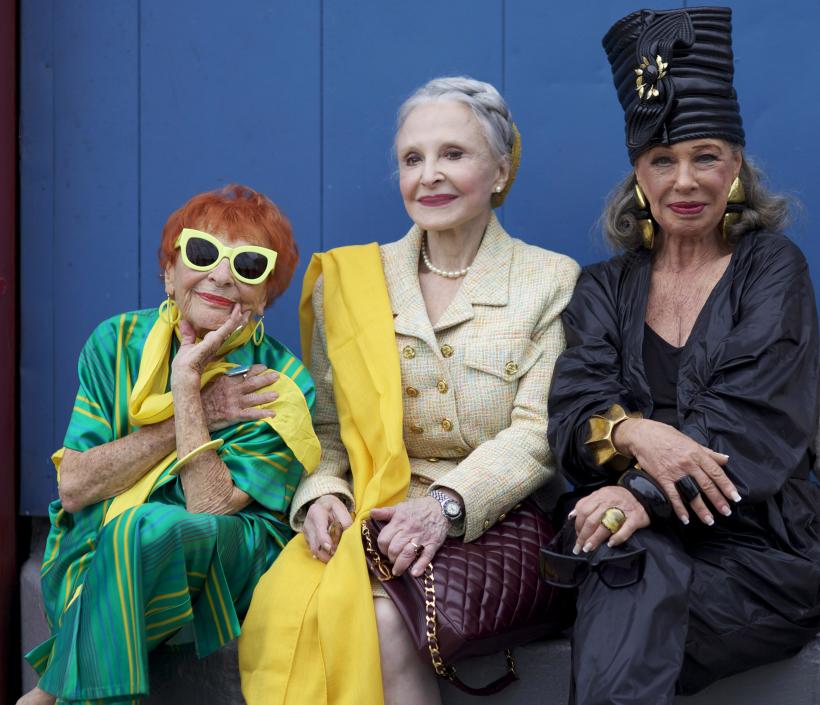 “I am dressed up for the theater of my life everyday,” says a beautiful, silver-haired woman, as she pins a giant red flower on her chest. She’s one of the over-60 stars of Advanced Style, a documentary film currently making the global festival circuit, including this week’s Cannes film fest.

Advanced Style may sound familiar—it’s a film based on the popular style blog and book started in 2008 by Ari Seth Cohen. The blog rose to popularity at the height of the Sartorialist, Streetpeeper, street style movement, but its subjects set it apart from the rest. Instead of focusing on New York City’s hot young thangs, Advanced Style looks at independent, stylish people over the age of 60.

“There is no time limit to anything. When you look good, you look good,” Ilona Royce Smithkin says in the film’s trailer. Smithkin is a 93-year-old artist, easily recognized around Manhattan thanks to her iconic red eyelashes (which she makes out of her own hair!) and boldly colored outfits.

The trailer is filled with inspirational (albeit adorable) tidbits regarding aging, beauty and personal style. “I never wanted to look young, I wanted to look great,” says Joyce Carpati, perhaps the chic-est and most quintessentially Upper East Side of the group, known for her signature braid, pearls and Chanel bags.

Original blogger and author Cohen passes directing duties onto Lithuanian filmmaker Lina Plioplyte, who profiles seven women for the film, each with their own unique personal style and approach to getting older. From an 81-year-old retired dancer from the Apollo theater to an 80-year-old boutique owner known for her eccentric accessories, Advanced Style’s subjects challenge America’s obsession with youth and show that “letting yourself go” is simply not an option.

The film is screening internationally throughout the summer, but has already been picked up for Japanese and Scandinavian releases. Here’s hoping it comes to the U.S., so that we too can get a dose of these chic old dames.