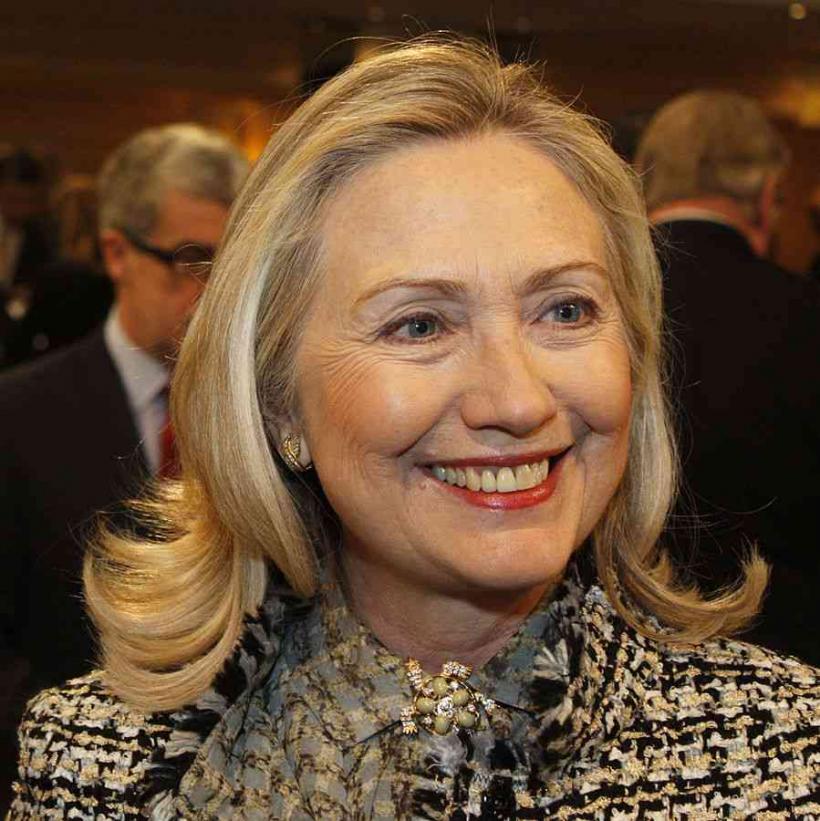 Each week, we explore Hillary Clinton's universe to provide a round-up of the most compelling recent news, while providing analysis on media commentary, punditry, polling and more. Yes, the election is still a bazillion years away, but when it comes to the story of the potential first female president ever, it's never too early to start the conversation.

Hillary Admits She "Got It Wrong" on Iraq

In another excerpt from her upcoming memoir, Hard Choices, Hillary is blunt about her mistake in backing the Iraq War, writing:

Many senators came to wish they had voted against the resolution. I was one of them . . . As the war dragged on, with every letter I sent to a family in New York who had lost a son or daughter, a father or mother, my mistake (became) more painful . . . I thought I had acted in good faith and made the best decision I could with the information I had. And I wasn't alone in getting it wrong. But I still got it wrong. Plain and simple.

In the '08 elections, Hillary's Iraq vote was a huge liability (especially since Obama opposed the war). Should she run again, Benghazi is already looming as an albatross; it makes sense for her to own up to the mistake and try her best to lay it to rest. Now, the question is: is America ready to move on, too?
In other memoir news, Hillary also reportedly reveals in the book that she was concerned over Obama's choice to negotiate with the Taliban for the release of Bowe Bergdahl, and expresses a difference in opinion with Obama on Syria.
Oh, and here's a fun fact: apparently the book's ghostwriter was once in a Boston rock band, and went by the name "Dr. Rockingham." (I think we can all agree he's doing much better for himself now.)

This week, Hillary graced the cover of People, a magazine with broad Middle America appeal and a soft-ball approach to interviewing. Could this be another strategic way to ready America for her presidential bid?
The publication sure seems to be on her side. It ran the loaded cover line "Hillary & The White House: 'We need to break that highest, hardest glass ceiling'" while using soft lighting and cladding HIllary in unusually bright, pretty-in-pink attire for the shoot.
The interview itself is pretty light on any scandal or bombshells—save for the revelation that Hillary has "moved on" from the Lewinsky scandal (please say we all have)—but that doesn't mean there were no controversies. The cover image sparked some snarky tweeters to ask if she was leaning on a walker, forcing People to release the full-scale image showing, indeed, it was a chair. #ageism.

During a sexist rant this week, Putin directed some ire at Hillary, saying "she has never been too graceful in her statements." Also, "It's better not to argue with women." Really, Putin? Really?

With the People cover and memoir coverage, this was another week that seemed to be laying the groundwork for an announcement. Meanwhile, in the presumptive polls, Hillary continues to trump potential GOP foes.Could Hillary's TV sit-down with Diane Sawyer next Monday mark her official entry into the race? There's only one way to to find out. And you can bet we'll be covering it if/when an announcement happens.