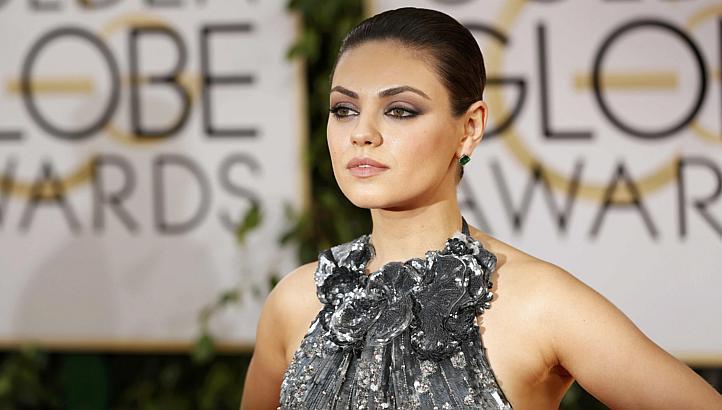 Mila Kunis did us ladies a solid recently on Jimmy Kimmel Live. Annoyed by men of the world who say "we're pregnant," Kunis stepped up and called for an end to the madness. Come on. Dudes just aren't the ones carrying the lil' bundles of constipation and morning sickness inside them—women are! Quit stealing our fetal thunder.

It has to be said, there are so many awesome guys out there who are over the moon at the thought of becoming a daddy. Far too often, men feel left out of the experience because their baby mamas are the ones garnering all the attention. It's likely that they say "we're pregnant" to just to feel a bit more included.

We agree that men should probably never say "we're pregnant" (it's a pretty weird thing to visualize and utter) but they're not selfish pricks for making the slip. The whole creating-a-baby thing is decidedly a "we" act, and more-than-hopefully a "we" decision, so we get it. In fact, we've even gotten some experts who agree with this.

Apparently, it's "natural" for gentlemen to desire a closer connection to the bun in the oven. (In fact, some guys will unintentionally distance themselves because they feel so useless.) That's definitely not what we want either! Men's Health offered some advice on the subject:

Decorate the nursery—ideally before week 37 when the baby could appear at any moment. And discuss the birth plan – pin down where and how you want your baby to arrive in the world and which relatives—if any—your partner wants to see immediately afterwards. If it's a hospital birth and you may have to drive there, checkout things like parking facilities and charges or passes for maternity ward visitors.

(They also highly recommend dudes attend all birthing and parenting classes with their lady. Cool by us.)

So, yeah, Mila is totally right, maddeningly sexy, super funny and dare-we-say poignant, but that doesn't mean that we should brush off men's role entirely. Hormones be crazy!