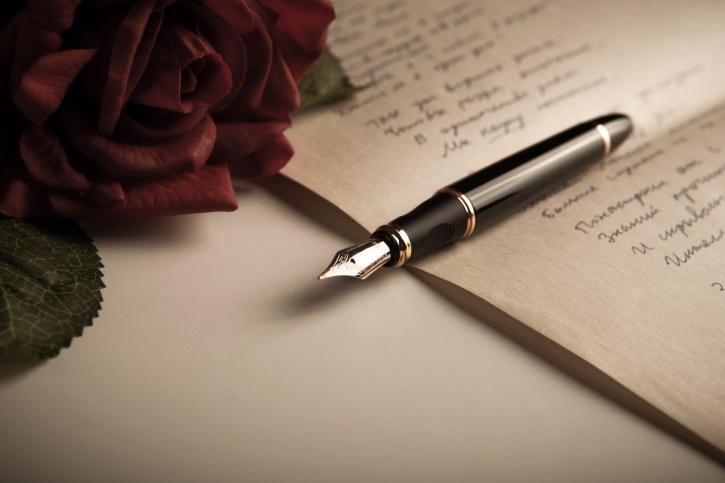 Kids these days. They think listening to "Partition" and twerking makes them owners of legendarily dirty minds. Psh. Not even close. As today is National Poetry Day, we're celebrating this awesome art form for one of its most underrated qualities: sexually explicit metaphors—which have been, ahem, exciting people for hundreds of years.

Liking sex is hardly unique to the modern era. I mean, Geoffrey Chaucer wrote in the 1300s and he just loved dropping little skanky jokes here and there. Here's one from "The Miller's Tale" (part of The Canterbury Tales):

This is said by a dude to a woman he digs. Oh, and she's someone else's wife (but she's into it—1300s, kids!). Basically the guy grabs her somewhere (we'll get there in a moment) and says, "I'm going to die if we don't have sex." Very Noah from The Notebook, yeah? What did he "caughte" though?

Her vagina. He grabs her vagina. "Queynte" (or "quaint") literally translates to the modern word "cunt." Except, queynte didn't carry the strong connotation it does today. While it did refer to ladybits, its other meanings were flattering: elegant, pleasing, clever, ornament. Think about that next time someone tells you about a "quaint country cottage."

As awesome as that one is, we're going to leave you with a different poem today. "Upon The Nipples of Julia's Breast" is about, you guessed it, nipples. It was written by Robert Herrick in the mid-1600s. Most of Herrick's poems are about seizing the day and having lots of sex (and wet dreams) because, you know, death is inevitable. The nipple poem remains eternally awesome, however, because it provides such a clear picture of the beauty he perceives in his subject. It's porn-y, but artistic. And it's kind of sweet. This lady has some killer boobs! Read and find an excuse to use Herrick's words in your life:

UPON THE NIPPLES OF JULIA'S BREAST

Have ye beheld (with much delight)

A red rose peeping through a white?

Or else a cherry, double grac'd,

Within a lily centre plac'd?

Or ever mark'd the pretty beam

A strawberry shows half-drown'd in cream?

Or seen rich rubies blushing through

A pure smooth pearl and orient too?

Is each neat niplet of her breast.