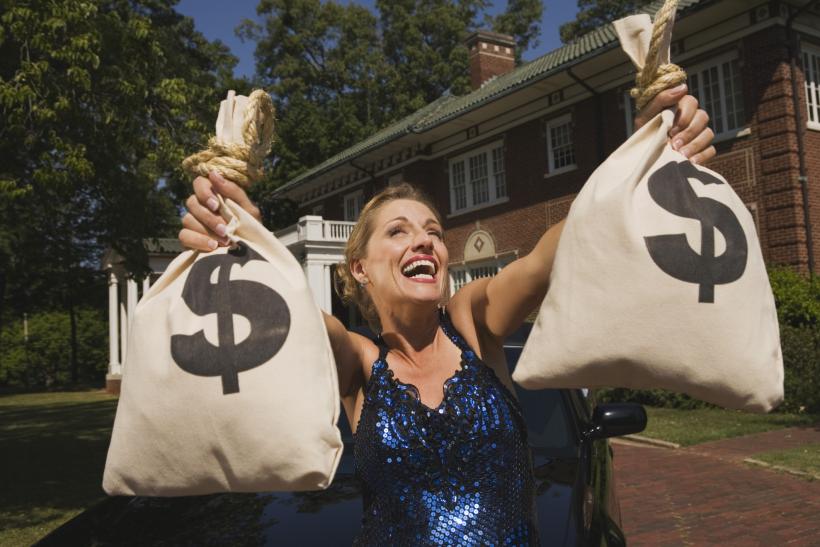 "I scream when I come, and I can buy fancy earplugs for the whole neighborhood!" Courtesy of ThinkStock

Are women inherently gold diggers? A "preliminary study" conducted by the department of psychology at University of Albany, (meaning, this is still still being sussed out), explored the notion of the female orgasm as means to select a good partner. The researchers found—so far, remember, this is preliminary—that their female participants tended to have better orgasms with "attractive" men who came from families with high income and had lots of confidence. They also found that women who began having sex at earlier ages had more sex partners (because, math) and therefore, were more sexually satisfied in general.

There were a few other findings too (humor is, apparently, inextricably tied to income and hotness), but let's get to all the problems here.

Firstly, the sample of women straight-up sucks. Researchers only sought heterosexual college women, which I think we can all agree is um, not representative of the entire female population. Many women never attend college. And, hello, what about the entire gay, queer, trans population?

Oh, and it's not just that glaringly skewed situation—this sample also carries inherent biases. In case you hadn't noticed, college tuition is pricey. Sadly, the undergraduate experience is not an option for many bright folks with less-than-plump socioeconomic statuses. So, right from the get-go, the chances that a collegiate woman would select a man from a more affluent family to date are high because that's who is comprising her immediate pool of potential partners.

Perhaps the issue isn't the wealth of the man's family to begin with. Rather, there may just be a higher concentration of them. Attributing intense orgasms to affluent men feels like an illusory correlation, deriving meaning and patterns where none actually exists. This "experiment" feels akin to believing that all Asian students are good at math, because you know four Japanese girls who rock at Calculus.

Moving on. The confidence factor makes more sense. Men who are confident in other facets of their life would likely lend this mindset to the bedroom. We could argue—at that age—men from wealthy families have higher self-esteem because life's doors have always opened more easily. The same could be said for perceived attractiveness.

Before we go, here's one more problem: this study was filed under the field known as evolutionary psychology, which continues to receive a plethora of criticism from scholars for a whole host reasons, but namely because it's difficult to test hypotheses, many of which are vague and based on assumptions. Also, it's often quite quite anti-feminist, insisting women want a partner who is stronger and smarter than they are while men are on the prowl for chastity and fertility. (Gag, gag, gag.) I once had a professor who explained he perceived evolutionary psychology as an intellectual version of child's fables, such as "How the Leopard got His Spots."

Should we be surprised that a host of evolutionary psychologists "discovered" that female orgasms are all wrapped up in dragon-like quest for piles of glinting gold? Nope.

Do yourself a favor, check out Broke Ass Stuart and get frisky with those folks. Word on the street (okay, it was a conversation between myself and a few friends) is that men with lacking bank accounts can take you to the moon.