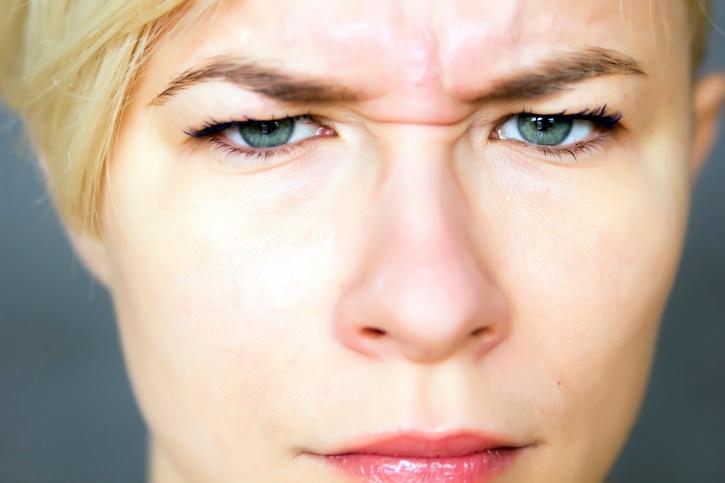 This morning, TIME magazine unveiled its fifth annual picks for its "Worst Words of the Year" list. Among the words suggested for banishment? "Feminist."

Here's a new turn of phrase for TIME: WTF.

First and foremost, I am staunchly of the belief that we should not be in the business of banning words, ever. This is an eternally divisive issue among word-nerd communities—some people think certain words, phrases, spellings or figures of speech should be excised from the English language. Their reason? I challenge you to find a more compelling argument among these folks besides "It just SOUNDS bad," or worse, "It makes you sound so uneducated." Just look at the current debate surrounding "literally"—though I'll admit it still irks me when someone uses it it to provide emphasis and not to describe something that actually happened, it's hard to deny that the very definition of the word has changed. Even Google thinks so.

Look. Language changes. Sure, sometimes a word or phrase is so omnipresent in the zeitgeist that I get a little tired of hearing it, but never have I been so offended by a word's mere existence that I've wanted to erase it from recorded history. The constant ebb and flow of language is one of the most beautiful things about the human race and a testament to our natural creativity. No matter how hard English purists, snobs and self-proclaimed grammar Nazis try to govern language, it is eternally, constantly evolving. It's a survivor.

But that's not the problem here.

The real issue lies in the fact that one of the most venerable magazines in this country is not just proposing we ban a word, but an ideal. Let's face it, "feminist" is a little more loaded than "bae," "om nom nom" (way to stay relevant there, TIME: check the date on om nom nom's first entry into Urban Dictionary) and so many of the other words and phrases they've provided on this year's list. Surely they must have an, um, sound, thoughtful reason for suggesting its banishment, right?

"You have nothing against feminism itself, but when did it become a thing that every celebrity had to state their position on whether this word applies to them, like some politician declaring a party? Let’s stick to the issues and quit throwing this label around like ticker tape at a Susan B. Anthony parade."

Yeah, why should anyone expressly state their views on an issue they feel strongly about? That's not what this country was built for, right? Word up, TIME: If you feel that feminism isn't one of "the issues" important enough to be in the current public and political discourse, then you do have something against feminism itself. It's OK—just own it. I won't agree with you, but I can at least respect you for standing by your statement. (Also, Susan B. Anthony parades aren't, like, a widespread thing. If you're going to prattle on about the purity of the English language, surely you could have thought of a better simile!)

Granted, this kind of talk isn't a huge surprise, considering the stuffy, middle-aged readership of TIME (but it is a bit of a shock for a publication that was lauded mere months ago for taking the progressive step of putting Laverne Cox on their cover). But for one of the last remaining magazines, a magazine that's respected enough to have outlived all its waiting-room compatriots, a magazine that is obviously doing something right to have survived for nearly a century, and a magazine that just instated its very first female editor-in-chief last year, it's disgustingly irresponsible for them to suggest that feminist issues aren't even worthy of discussion in 2014.

There's no action taken when the worst words of the year are officially decided upon—no one's going to go around burning books containing these words—but there's power in metaphor, too. And simply putting "feminist" forth as an option for complete and total banishment from the English language—and if that wasn't enough, TIME's idiotic, unspecific reasoning behind it—communicates to their readers that equal rights for women are not a priority for them, nor should they ever be.

I can't even, TIME. I just can't even.
If you like this article, please share it! Your clicks keep us alive!
Tags
Time
feminism
feminist
worst words list
criticism
controversy
reaction