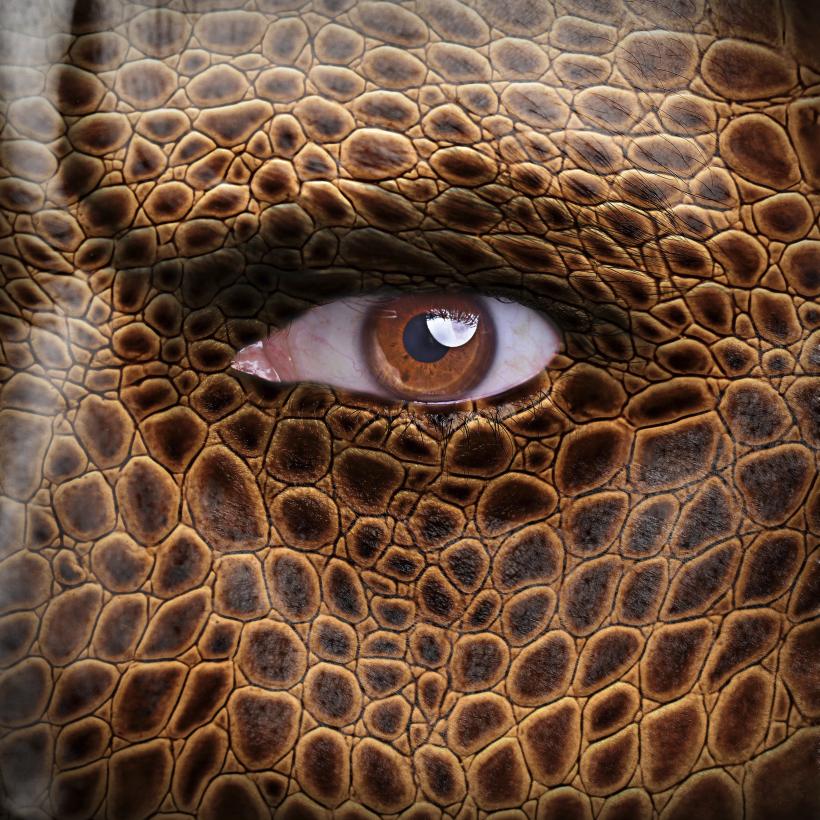 She got too high while watching The Bachelor and had a misanthropic breakdown.

What once appealed to her as a slow train wreck, an unmatched display of human desperation, suddenly turned into a full-blown horror show. The makeup caking each girl’s face looked merely overdone before, but now it appeared tragically exaggerated like that of a drowned, waterlogged clown.

Her boyfriend convinced her one of the girls was a lizard person in disguise as a swimsuit model from Arizona, and she believed him.

The model’s awkward expressions and jerky head movements convinced her it could take just one bad angle to reveal the green scales underneath her human skin. They’d descended from a distant planet very much like our little blue one for the purpose of observing us before harvesting our organs to fertilize their alien corn.

The lizard girls expressed to the bachelor, the man they were trying to win, that it was starting to get all too “real” for them, that the process of finding love on a vodka-infused vacation couldn’t last forever (it couldn’t last very long at all, really), and the rock-hard reality of the finish line was far too imminent for serious consideration.

They were on to something. They were getting to know us too well.

She hid under the covers of her bed like she used to as a kid. Except it wasn’t just her bed—she shared the bed with a man.

How strange it was to not have a bed of her own anymore, to feel outside of her own skin.

If you like this article, please share it! Your clicks keep us alive!
Tags
flash fiction
lizard people
The Bachelor
reality television
Relationships
growing up
a bed of your own
Kate Ryan