Men Weigh In On Age-Old Conundrum: Why Do So Many Hot Women Date Ugly Dudes? 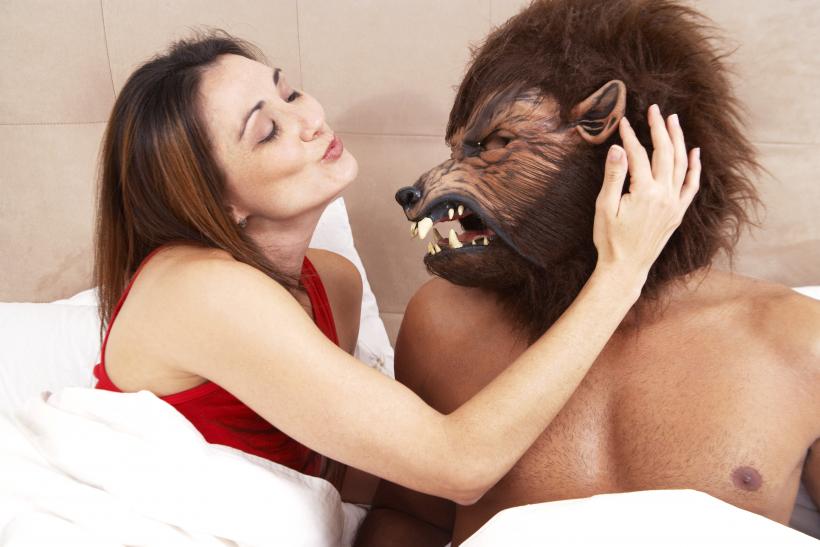 Physical appearances. We all have them. And they're such a bitch.

Various forces—a maelstrom of the biological, psychological, and cultural—dictate how we feel about them. And, of course, those of our lovers. We are but insignificant flesh-krill in a tumultuous sea of judgment, shame, and confusion. And yet, we love to get. it. on.

The cruel waves that batter our bodies and minds define the seemingly ineffable laws of perception and attraction. And they can, shall we say, take the wind from our sails . . . if not render the whole thing asunder. We're talking 40,000 leagues under the sea kind of sorrow.

Society, in case you hadn't noticed, often has (usually) internal shit-fits in reaction to couples that, by whatever yardstick, appear not to "match." Like Noah's ark we want everyone to pair off in symmetric decency and just move along. Things are confusing enough without an elephant traipsing around with a peacock, for Christ's sake.

Having discussed these issues at length with lovers and compatriots alike, we decided to conduct a little unofficial poll as a beacon of light to guide our battered ship away from the shoals. Like Odysseus, we longed to safely sojourn from the shrill and deadly song of the Sirens.

And so out went the email and sexts to a swath of male friends, posing the age-old axiom:

Does it bother you to see a woman dating a man who is significantly less attractive than she is?

One chap was encouraged by the sight of any happy couple: "I'm glad," he said, "to see someone in love no matter what.​" (This man wouldn't last three minutes with those sirens.)

Other men were surprised by our inquiry at all—was it not obvious that personality trumps looks? (What is this, Leave It To Beaver?) Others questioned who had the power to determine beauty standards at all: "Who am I to say what’s attractive and what’s not?​" replied one. Another echoed this thought: "You have a tough question here because attractiveness is entirely subjective​." (Except I think we can all agree that blondes with large breasts are just about the bestest.)

Although one promptly offered up that "If the guy makes her happy that's all that matters," others confessed that they'd learned this lesson only after some suffering:

"I know I've been in relationships with girls I thought were beautiful, but once I got to know them intimately, they slowly turned into a person I wasn't attracted to in the slightest.​"

More alarming still is the way that other guys treat that so-called "lucky" man bedding the beauty:

"I would not consider myself conventionally handsome . . . I've managed to swing some good looking partners, but with that comes it's own complications. Anytime a guy who is perceived as the 'settled for' and not the 'settler,' you're barraged with people exclaiming to you how 'lucky' you are, and 'hold on to that' without any thought to how those backhanded compliments might be perceived. Beyond that, there's no thought into what kind of partner that babe might be. I've been with girls who were beautiful and sweet, but weren't going anywhere in life . . . it's inevitably seen as 'your loss' when it ends.​"

Other random revelations below:

"I see a fair amount of really attractive women with guys who are kinda dopey-looking … And then it hit me: maybe he's actually a cool guy? Maybe he's accomplished and intelligent and treats her with respect and like she's an actual human being and expects nothing in return? Maybe he's one of those rare, selfless people who isn't a douchebag? Maybe she's not a shallow asshole like I am? Maybe she likes him for who he is and not what he looks like? Or maybe not? Maybe he just likes hot young women and she has a thing for older, paunchy guys? Who knows? Point is, who am I to judge? I'm 33 with a failed marriage, drunk, and alone at a bar. I clearly don't have a clue and here I am, judging people who can manage to keep their relationship together. I'm just bitter about people having what I couldn't hold onto."

"It used to bother me when I saw a woman dating a seemingly less attractive man. I think this was due to the socially constructed, misogynistic outlook on women I had been subjected to throughout my life. Books, television shows, and movies often portray less attractive guys getting a 'hot"'girl, but ultimately they objectify women as being some kind of 'prize' to be won. As someone who was raised to be a gentleman, in my youth I thought this meant that if I was nice to girls that I was entitled to date an attractive woman. I think a lot of "nice guys" feel this way, which is why many of them are unsuccessful with women … Ultimately, anger at seeing an unattractive guy with an attractive girl is rooted in insecurity and fear … Misogyny, like racism or class hatred, is rooted in a deep feeling of inadequacy. It took me a long time to learn this, but in doing so, I became a man. A man truly capable of loving a woman.”

"[Men who are bothered by this] simply can't imagine that things like ambition, being good natured, having a great sense of humor, family-oriented, exciting, or charismatic could be just some of the traits that led to their present relationship. I would imagine that for some it is off-putting. People have created their own reality within their own mind frame about how the world is suppose to be when it comes to dating and popular society through media reinforces that constantly.”

"If I'm not attracted to either, I don't care at all. If I think a hot woman is dating a meh guy I would probably assume he's packing some serious dick or dollars in the bank."

"You gotta wonder if this person has a great personality or they're loaded."

"If the girl is busted, she probably burns up the sheets."

"I tend to think that if there is a significant difference in the degree of attractiveness between two partners, that it's one or a combination of the following factors: the less physically attractive person has an irresistible personality or way about them; the more attractive person has an emotional and/or social dependence on their less beautifully endowed partner; the sex is bangin'."

"Only if I know the girl and I'm interested in her or, and more importantly, only if the guy is an asshole or something. If it's just a hot woman with some guy, whatever. I don't really care. I saw these two beautiful, amazingly gorgeous women with this very, very average-looking guy at a bar a few weeks ago and it didn't bother me that he was significantly less attractive than them. Personality matters more looks are important, I believe people should ideally be attracted to their partner, but I would much, much, much rather date a girl who is smart and funny and average-looking than one that's shallow, mean, and hot as hell."

"Not really. I just think it's her loss and usually assume he makes up for his lack of looks financially. For dating, you have to have the initial physical attraction or there typically is no interest. Personality comes later but is equally important—there's the 'Do I want to get in bed with this person?' question then there's the 'Do I want them to still be there in the morning?' question. Different, but equally important."

So there you have it. In navigating these often dark, frigid, and frightening love-waters, we hope our poll helped re-calibrate your compass. So go forth dear sailors and spear your own elusive white whale.