The Horrible Truth About LadyGhostbusters 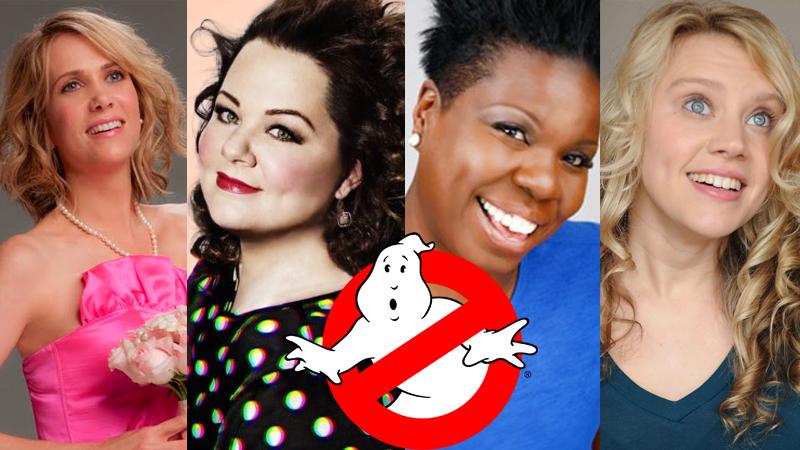 Ever since the announcement of the all-female remake of the loveable, slime-covered, 80s comedy Ghostbusters, the Internet has been positively buzzing with controversy and speculation. While some naïve fools

If you search Reddit or 4chan, you will quickly be confronted with the real truth about this feminist horror being brought upon the world. You see, the movie scientists of the Internet have done some calculations and they’ve found that this new Ghostbusters (or as I call it, Bechdel’s Revenge) not only has a dismal 5% chance of being factually correct in the Newtonian Laws of Ghostbusting, there’s a 90% chance that the movie itself won’t even get through taping without exploding into an estrogen cloud of failure.

Now, once I was able to calm my hysterical ladyfeels by reading a few chapters of Think Like A Man by Steve Harvey, I started to see that these warnings weren’t the product of emotionally stunted fit-throwing man-babies—these men were on to something.

I did some digging and was able to find a mole at the studio who was willing to leak me a copy of the actual LadyGhostbusters script. And as a public service, I will provide you with some scenes from the movie that will literally castrate all men:

College Dean: I’m going to have to evict you from this university.

LadyGhostbusters (while twirling hair in unison): Why?

Dean: Because I just realized that you aren’t real ghost scientists, you’re women!

Dean: All your scientific papers are about shoes.

LadyGhostbusters show up at library.

LadyWinston: Oh no you didn’t.

LadyGhostbusters in unison: I CAN’T BELIEVE WE ALL WORE THE SAME JUMPSUIT!

LadyWinston: This is so embarrassing.

LadyEgon: Let’s just all calm down, go home, take a relaxing bath, and come back in different, yet coordinating jumpsuits.

Secretary: We just got a call. Zuul has kidnapped your hot neighbor!

LadyVenkman: OMG today? I seriously can’t. I’m PMSing so hard right now and I’m just way too bloated to fight ghosts in front of hot guys. LadyRay, can you go?

LadyRay: Sure LadyVenkman, just ask me to do everything—again. Gawd you are such a spoiled brat.

LadyWillard: Stop fighting! I can’t take it anymore, you are all my BFFs!

LadyEgon: My readings say we’re nowhere near the ghost!

LadyWillard: Hey, isn’t that upside down?

LadyEgon: Silly me, technology is hard. My readings say the ghost is right there! (points)

LadyEgon: Don’t be ridiculous LadyVenkman, we don’t have a shoe big enough to get that ghost spider.

LadyVenkman: DON’T YELL AT ME!

LadyEgon: Ok, new plan. We all call up all the guys we know, and tell them that there’s a giant ghost spider and they need to all bring their shoes to kill it.

As you can see, LADYGHOSTBUSTERS must be stopped. Women are great. Some of my best friends are women. But we all know that women really don’t have the cojones to fight ghosts or do science. I mean, even the thought of it is funny—BUT NOT THE GOOD KIND OF FUNNY.  We know women aren’t capable of that either.

Women have destroyed so much, don’t let them destroy Ghostbusters too.