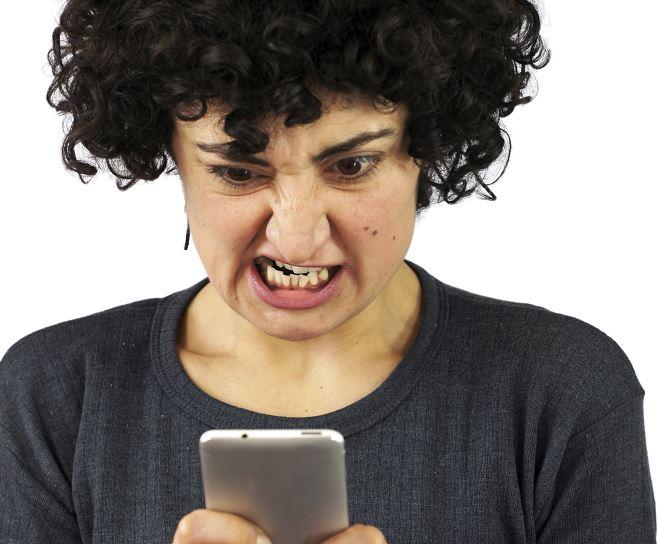 Word on the street is that I am officially the last single lady of San Francisco who hasn't used a dating app. Could it finally be time for me to dive into that cesspool of rejection, ridiculousness, and maybe lasting love?

If so . . .  perhaps the new League app is the one me! CEO Amanda Bradford totes looks like a girl I'd chug politely sip Strawberry Fields with in the Marina (DRANK). Plus, the app is "curated" (phew!) and based off LinkedIn stats to ensure only the most driven career-oriented folks are connected—which is perfect, because I'm definitely into jobs and stuff!

But wait . . . what's this? I have to be "accepted" into The League? It's actually an elitist invite-only app designed to ensure that socio-economically entitled, genetically blessed, "perfect" people of the world only ever have to associate and fornicate with those like them?

I'll never make it in that case.

Here are some reasons why.

No way are the curators of The League accepting me into their pearly white gates.

2. I'm Not Into Lawyers, Tech Execs, Or Doctors.

Rumor has it that lawyers, tech execs, and doctors frequent the app. Not good. I fight dirty with lawyers and tech execs are definitely out, as I refuse to bang anyone who thinks hoodies are acceptable work wear. As for doctors? Let's just say they tend to disapprove of my, ahem, lifestyle. Shunned.

3. I Only Care About Hooking Up.

According to Business Insider, Bradford wants to recruit folks who are about more than just boot knockin'. Up until now, I wasn't even aware that people date for reasons not carnally motivated. Hey ma, guess what I learned today?

The League is ostensibly all about weeding out the weirdos—which is a problem, because I relish dates with weirdos. I mean, really, isn't half the fun of dating throwing all your trust into a man who ends up being an anti-vaccinater, a Brony, or a Belieber? I treasure such wondrous discoveries! The League can't take this away from me!

You know what's sad? If you read into Bradford's statements about her company, it actually sounds like a pretty legit product. People in high-profile jobs want to utilize online dating discreetly, and this gives them a chance to find like-minded, cantaloupe-pant-wearing soul mates. That's a beautiful thing; the American Dream even. But peddling the product as an exclusive, invite-only, Ivy League of dating apps reeks of pretension, not to mention privilege.

Also keep in mind that insecure people often flock to products marked as "elite" to compensate for their (perceived) shortcomings. Don't believe me? Check your Facebook newsfeed. Note which never-left-your-hometown, stuck-in-a-dead-end-job, dealing-with-massive-credit-card-debt old friends can so relate to, like, everything on an EliteDaily listicle.

If you need me, I'll be sitting in dried pee on MUNI, looking for a one-night stand with a total weirdo. Now that's what I call dating.