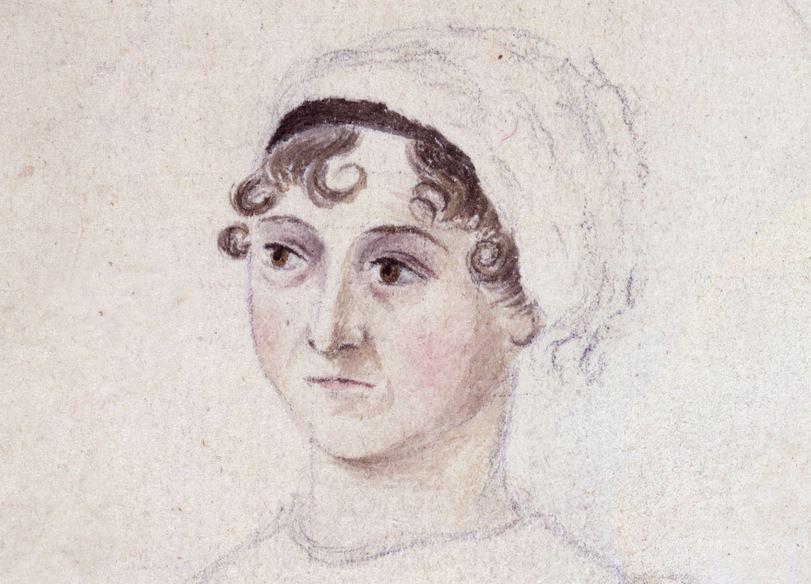 Can a popular author also be celebrated for literary quality? Not if that author is a woman, Camilla Nelson argues at The Conversation. Nelson worries that Jane Austen is losing literary standing because of all the movie and film adaptations—not to mention (as Nelson does not) the way her work is cited as a touchstone in pop culture romances like Twilight.

Nelson's case for Austen's recent diminished literary standing is weak—she cites one author and one kid in her class, and that's about it. But she inadvertently makes a strong case that Austen has always been seen as too popular and too feminine. Lionel Trilling, Henry James, and, of all people, E.M. Forster—whose work surely owes a debt to Austen's—have sneered at her with outright contempt or backhanded praise.

Indeed, the criticism of Austen arguably began before Austen even wrote a book. Or at least, she, in her inimitable way, answered her critics before they put pen to paper, in a defense of novels which appeared in Northanger Abbey, from 1817.

"Although our productions have afforded more extensive and unaffected pleasure than those of any other literary corporation in the world, no species of composition has been so much decried. From pride, ignorance, or fashion, our foes are almost as many as our readers. And while the abilities of the nine-hundredth abridger of the History of England, or of the man who collects and publishes in a volume some dozen lines of Milton, Pope, and Prior, with a paper from the Spectator, and a chapter from Sterne, are eulogized by a thousand pens—there seems almost a general wish of decrying the capacity and undervaluing the labour of the novelist, and of slighting the performances which have only genius, wit, and taste to recommend them.

'I am no novel-reader—I seldom look into novels—Do not imagine that I often read novels—It is really very well for a novel.' Such is the common cant. 'And what are you reading, Miss-?' 'Oh! It is only a novel!' replies the young lady, while she lays down her book with affected indifference, or momentary shame. 'It is only Cecilia, or Camilla, or Belinda'; or, in short, only some work in which the greatest powers of the mind are displayed, in which the most thorough knowledge of human nature, the happiest delineation of its varieties, the liveliest effusions of wit and humour, are conveyed to the world in the best-chosen language."

Austen is here defending not herself in particular, but novels in general—which only emphasizes the extent to which the disdain for Austen by novelists like James and Forster is a kind of anxious, repressed leftover of the disdain for all novels. As Austen writes, novels were once associated with the "Miss"; they were even named Cecilia and Camilla and Belinda, in contrast to those strong, manly Miltons, Popes, and Priors. The gendered dismissal of Austen as too popular is just an echo of the gendered dismissal of novels as too readable and popular.

"Now, had the same young lady been engaged with a volume of the Spectator," Austen comments archly, "how proudly would she have produced the book, and told its name," even though the Spectator consisted of "topics of conversation which no longer concern anyone living." Way back in 1817, Austen was already telling her readers that she was too popular, too relevant, too interesting, and—not unrelatedly—too feminine for the canon.

You would think that this dynamic would have changed after some two centuries . . . and arguably it has in certain respects. As Chris Gavaler argued recently, we could refer to our current eras as the age of Popularism—the borders between highbrow and lowbrow are collapsing in art, in music, in film, and definitely in literature. Comics are being taken seriously as an art form; big name, fancy literary authors like Junot Diaz and Michael Chabon shamelessly acknowledge their debt to sci-fi, horror, and (again) comics.

There is one exception to this wholesale reappropriation of the popular in literature, though. Jonathan Lethem can title his serious novel Fortress of Solitude in tribute to Superman, but neither he, nor the other popularist writers, are titling their novels Camilla or Cecilia or Belinda or, for that matter, Bella Swan. The barrier between male pulp genres and the literary may be falling, but romance is still romance; feminine, popular, and unserious, as novels have always been.

And it's precisely the fact that romance is what novels have always been which makes romance unsuitable for popularism, and Jane Austen's ongoing popularity an embarrassment and a problem. Novels—all novels—have their roots in romance novels for women; romance novels like Pamela and Pride and Prejudice preceded "serious" literary fiction novels, and so those serious novels owe their existence to all those gushy female stories of love even as they try to distance themselves from them. Henry James and E.M. Forster are denying their heritage when they criticize Jane; they're killing their foremother, not least because she's a foremother.

Romance is so embedded in literary highbrow fiction that it doesn't register as a popularist appropriation; Ian McEwan's The Innocent is a straight-up romance plot, for example, but no one thinks of McEwan as reaching across to popular genres the way, say, Umberto Eco reached over to detective fiction in The Name of the Rose. Romance novels are separated from literary fiction not by content, but solely by popularity—and so, even in this era of popularism, Jane Austen's popularity threatens her bona fides. Popular novels are romance novels, and therefore to be despised as crass, feminine, unserious—all the things that novels were thought to be not so long ago.

If Austen is too popular, then, is she not also to be despised?

Sci-fi, horror, and manly pulp genres can be picked over safely; they just make lit fic look hip and up to date, or even infuse it with a kind of nerdish masculine vitality. But romance is too close to home; it threatens to remind highbrow novelists that they're not merely using pulp, but are, for all practical purposes, historically pulp themselves—and worse, pulp for women. If Jane Austen's popularity causes some, now as ever, to doubt Jane Austen's value, it is not because popularity can't exist alongside quality. It's because the reminder that women bore them can still, apparently, make strong elitists tremble. 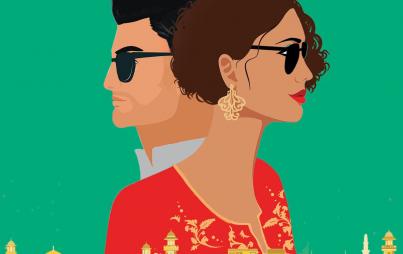 Cover Reveal: A First Look At The Paperback Cover of Soniah Kamal's Unmarriageable