Am I A Feminist? I'll Let You Decide 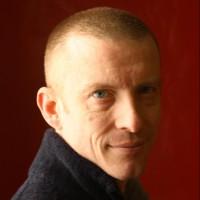 Ally Fogg is a writer and journalist based in Manchester, UK.

A few months ago Emma Watson launched the HeForShe campaign on behalf of the United Nations, designed to involve men in combating violence and discrimination against women and girls. One of the first HeForShe initiatives announced was a conference, to be held in Iceland in January, to discuss and develop solutions to gender discrimination and the oppression of women. The conference is to be for men only.

Over the past five years or so, one of the most high-profile feminist organizations in the world has been led by a man. He is their organizer and ideological guru. His name is Victor Svyatski, the group is called Femen and they have made the front pages by pushing their prettiest activists to the front and then getting their tits out for the cameras.

Here in the UK this autumn there was a minor kerfuffle when a magazine asked the male leaders of our three main political parties to don a T-shirt proclaiming "This is what a feminist looks like." The only one to refuse was Prime Minister David Cameron, who was vilified in some quarters for the decision. Presumably his critics believed that had he worn the shirt, this would have somehow made up for the fact that his policies have closed the doors on thousands of services including domestic violence shelters and family centers, pushed millions of women into poverty, and driven families with children onto the streets.

I do not know what a feminist looks like, but I can be pretty sure it doesn't look like any of the above. Or does it? Over the years, feminism has been summoned like a genie to waft a cloud of righteousness over everything from selling cosmetics to bombing Afghanistan. The label has been worn by the likes of Sarah Palin (erstwhile member of Feminists For Life) and individualist libertarian and doyenne of the men's rights movement, Christina Hoff Sommers, "the Factual Feminist."

Is feminism really helped when its ranks are swollen by such individuals?

I have never really understood the fixation on whether or not women and men adopt the identity of feminist. As a man who writes extensively on gender politics, and men's issues in particular, I find it less problematic to simply opt out. I choose not to identify as a feminist primarily so that no one need ever worry about whether or not I speak for feminism.

Does this mean I am any less committed to equality, justice and human rights? Absolutely not. Does it impact upon my work, my writing and my politics, or how I live my life, how I raise my sons, how I relate to women? Not in the slightest.

I firmly believe it is for women to define feminism, and that includes deciding what place men should or do have in the movement. There would be an obvious paradox were I to attempt to tell women how feminism should accommodate me. On a very personal level, however, I am drawn to the argument that feminist is not something one is, but something one does. On that basis, perhaps my own feminism is not for me to decide or judge. I am often called a feminist by others, in roughly equal measure as a compliment and an insult. I will continue to take it in the intended spirit either way.

Am I A Feminist? I'll Let You Decide
Ally Fogg