What's Behind The Dangerous C-section Epidemic In Brazil? 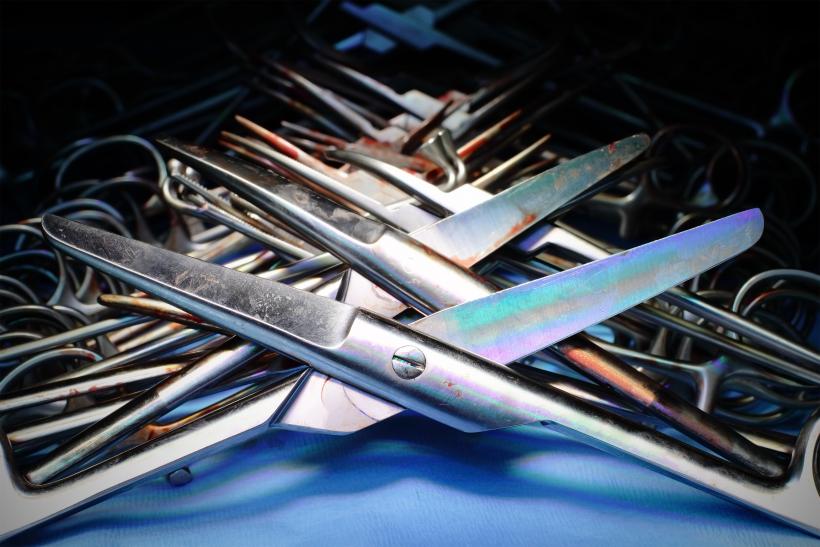 The excessive number of unnecessary C-sections in Brazil results in the deaths of thousands of women each year.

Brazil is the country with the highest number of C-sections in the world. According to the NGO Artemis, 52% of births in Brazil are C-sections, while the percentage recommended by the World Health Organization (WHO) hovers around 15%.

This figure turns alarming when the private sector is singled out: 88% of births are C-sections, with pregnant women struggling to find private health care obstetricians who will perform a natural birth.

The high rate of C-sections can present a serious danger for mothers on the surgery table. The 2014 report “Birth in Brazil” by Fundação Oswaldo Cruz revealed that 69 out of 100,000 mothers die during labor:

“Vaginal birth is more frequent in the public health system and occurs almost always with great pain and with excessive use of interventions. In private sector establishments, Caesarean section is often unnecessary and almost always pre-scheduled, becoming an option to minimize suffering.”

According to specialists, this "C-section culture" has become rampant for three reasons: women’s belief that they will not be able to cope with childbirth pain; the convenience a set time and date poses to the doctor; and the profit that can be made from performing such a surgery. The situation has become so dire that in January, the Ministry for Health changed private care norms to no longer require health plans pay for “unnecessary C-sections.”

Here in Brazil, it is normal and sometimes even preferable to schedule the date and time of your baby’s birth on the first pre-natal appointment you have with your obstetrician. But even when women don’t have C-section as a preference, all research seems to indicate that doctors are leading them to drop the option of natural birth. A report by Fiocruz published in 2008 accompanied 437 mothers who gave birth in Rio de Janeiro; 70% did not have C-section as a preference in the beginning of the pre-natal treatment. In the end however, a staggering 92% of the women opted for the operation.

Marcela Dobarro, an Argentinean expat living in Brazil, said she was led to have a C-section by her private sector doctor.

“I had never thought about having a C-section,” she said. “I always thought I would have a natural birth and a C-section if it was necessary. When I talked to the obstetrician, she used to change the subject, said we have to wait to decide, etc. When the delivery date was close, she asked: ‘So, let’s schedule the C-section?’—as if she were scheduling a trip or something.”

Similar stories have been reported across the Brazilian media, with private doctors offering a C-section first and routinely deflecting when normal births are requested. In January, newspaper Folha de São Paulo reported that women who have health insurance women who have health insurance were seeking public care so they could give birth naturally.

The excessive number of unnecessary C-sections in Brazil results in the deaths of thousands of women each year. Brazil’s target for 2015 was to decrease the 64 in 100,000 deaths in maternity wards by approximately half, but specialists say this is difficult because of the excessive use of C-sections. According to pediatrician and epidemiologist Sônia Lansky, between 80% and 90% of these deaths could be avoided. In an interview with the website Uai, she said one of the main reasons for mortality in the maternity ward is hemorrhaging, which can be directly caused by a C-section.

The Ministry of Health has given the private sector six months to adjust to the new guidelines for performing unnecessary C-sections. It is hoped that if private health care is not obligated to pay for the procedure, doctors will be discouraged to offer it to pregnant women—sadly the belief that natural birth is too painful is still very much alive among Brazilian women. Around 23% of pregnant Brazilian women approach their doctors with the intention of having a C-section, comparable to 10% of women who seek the procedure globally.

Shifting the socio-cultural conversation surrounding the "C-section culture" is daunting, but necessary.

If you like this article, please share it! Your clicks keep us alive!
Tags
C-sections in Brazil
Sônia Lansky
childbirth in brazil
maotherhood
pregnancy
birth
natural birth