Traveling As A Feminist 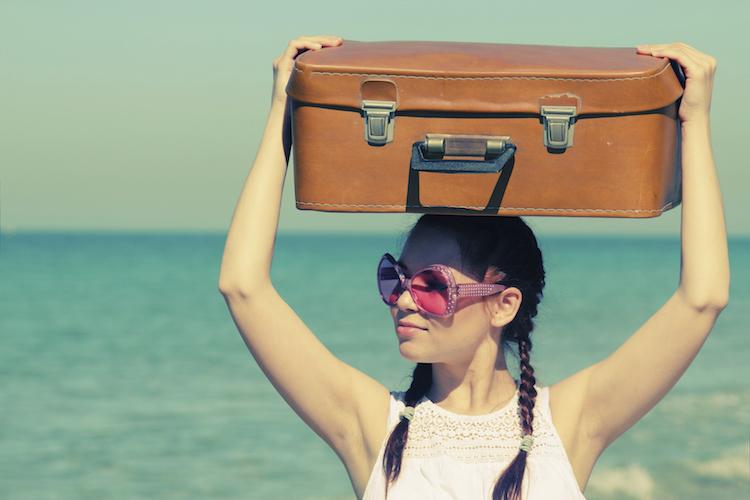 I was in a hotel in Manaus and I was appalled when I watched a mother of two small children pickup food for her husband at the breakfast buffet, while he – never moving a finger, because God forbid - watched his two sons yell and cause trouble in the dining area. Making your husband’s plate in Brazil is a common ‘duty’ held by the wife.

Traveling is good for your soul, or at least that’s what those motivational images of beautiful sunsets on Facebook say. I don’t know for sure how much better my soul feels after I go on a trip, but I do know that travelling as a woman can result in some interesting observations. The difference of treatment that women receive from one country to another has always been fascinating to me. Not only because we can be targets of sexism and misogyny anywhere, but because of how the overtness of inequality varies from location to location.

I am a Brazilian woman who has been fortunate enough to travel to and live in several different places around the world. In some places, sexism is hidden away. In other places, its existence is so glaring that it becomes difficult to forget you are a woman. I have written about my dilemmas around being a third-culture kid before, and I feel this relates to that.

While I love to be Brazilian and I love my country in many ways, Brazil is one of the most overtly sexists countries I have ever spent time in. I have lost count of the times female tourists tell me they have never felt so aware of being women: the microaggressions (that sometimes become macro) are many. Street harassment is so pervasive in women’s lives that a recent survey by Think Olga, who interviewed nearly 8,000 Brazilian women, revealed that 99% have experienced harassment of some form while in the street, at work, in public transport or in a public place. A staggering 15 women are murdered in Brazil every day and it is, in fact, the 7th most violent ranked country in the world.

It’s hard not to feel unsafe as a woman (especially a feminist one) in Brazil. The ways in which I am unsafe are more obvious, as well as the ways in which women are submissive to their husbands or boyfriends. Just this week, I was in a hotel in Manaus and I was appalled when I watched a mother of two small children pick up food for her husband at the breakfast buffet, while he – never moving a finger, because God forbid - watched his two sons yell and cause trouble in the dining area. Making your husband’s plate in Brazil is a common ‘duty’ held by the wife.

As much as these things baffle and enrage me, sexism and misogyny are present in all the countries I have visited. Of course, the statistics about street harassment in Brazil I presented above are terrifying and illustrative of a daily problem for women. But in France, 100% of 600 women surveyed revealed that they had been sexually harassed on public transit. And it was in the UK that I heard the first genuine instance of slut-shaming: a man tried to convince me that one of my girlfriends wasn’t a worthy human because she acted like “a bit of a slag.” God forbid if she acted like a huge slag, right?

The sad reality is that as a feminist who cannot un-see misogyny, the microaggressions will follow me anywhere I go. I guess I’ll just have to learn how to educate misogynists in more than one language.

If you like this article, please share it! Your clicks keep us alive!
Tags
Brazil
misogyny
sexism
traveling
feminism
France