"Yes, I Can Wear Pink": 10 Things About Feminism For My Boyfriend 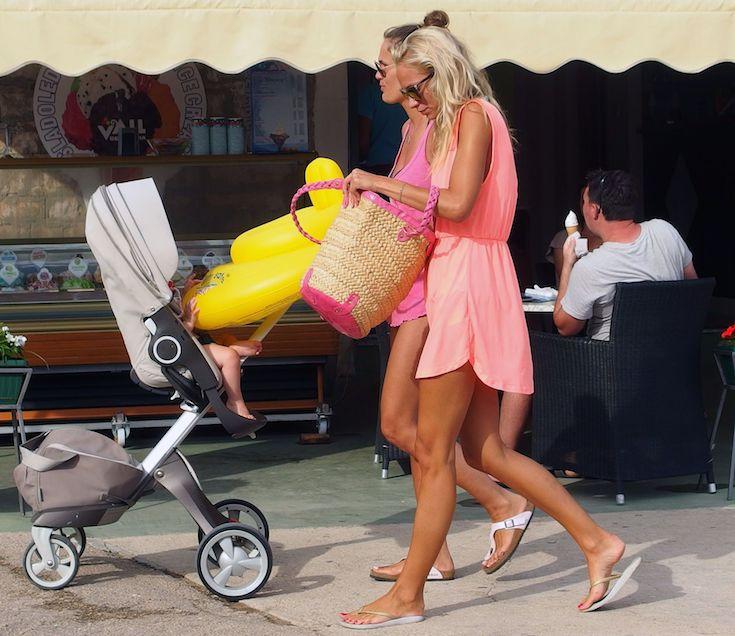 Since I was a little girl I have dreamed about finding that special someone. You know, the guy who is brave enough to say those three little words: I'm a feminist. I was lucky to be raised by two feminist parents. They didn't self-identify as such, but my two sisters and I were raised to believe that we deserved equality and justice, despite our gender. My father ran his own furniture refinishing business that he hoped to keep in the family; when life gave him three daughters and not one son, the question of "what now?" was never asked. It was assumed that we would take over. So, we learned our way around the workshop, the reception desk, and the finances. I was raised to feel empowered and encouraged to stick up for women's rights.

I was disheartened when—many years and bad relationships later—my current boyfriend (who, for the record, is a very smart, sweet, and forward-thinking man) told me that he didn't consider himself a feminist. "Aren't all feminists just angry and bitter chicks who don't like to shave?" Yeah. We had to talk.

Though these conversations were a bit frustrating, my boyfriend is now a proud, self-identifying feminist. Our conversations did reveal something about the feminist movement in general: There are many people who don't understand feminism or its goals. From the most ridiculous to the most common, here are some misconceptions my boyfriend, among many others, have about feminism:

Alas, the following has become my mantra: feminists come in all shapes, sizes, colors, genders, and styles. My boyfriend asked me how I could be a feminist while still wearing dresses everyday (come on, pants are overrated). I was baffled at such a seemingly ridiculous question. Femininity isn't a bad thing, but our misconception of it is.

Pro-women does not mean anti-men. We do not desire to take rights away from the opposite sex. Feminism is an issue of equality, not gaining the upper hand. People who believe feminists hate men then assume that (mis)belief carries over into sexual preferences. In truth, the freedom to express one's sexuality, whether it be heterosexuality, bisexuality, or homosexuality, is one of the underlying issues of the feminist movement.

3.       Feminists are against marriage and commitment.

Sorry, boyfriend, I expect you to try and put a ring on it. Modern-day feminism is a mash-up of past movements and current issues, but it is more often associated with bra burning and keeping women single and self-sufficient. The idea that women lose their independence in their marriages exposes issues with the institution itself and our conceptions of it. But rest assured, we ladies are capable of committing to a partner while maintaining our individual liberties.

4.       Feminists don't approve of or appreciate chivalry (so save your door holding).

Let me be clear: I won't be offended if you offer to pull out my chair. Men are allowed, even encouraged, to be polite. It's about motive. I can buy myself dinner and hold open the door for myself; if you recognize that, I'm okay with you doing it for me. Example: "Allow me to get the door" vs. "Haha! That big, scary door looks a wittle too heavy for you, doesn't it?"

Okay, let's remember the new mantra, shall we? Feminism is about equality. It is not exclusive when it comes to its supporters.  Non-female allies are essential to the forward momentum of the movement.

I think this is the one that I hear the most from anyone. Feminists are regarded as angry, bra-less chicks with daddy issues and a habit of not shaving. Feminists might be miffed that we are denied our right to equality. (Hey, doesn't that make you a little angry too?) Also, there are too many wonderful things in life to be bitter 24/7.

Feminism isn't an old girls' club, nor is it a bunch of snotty women with their noses upturned at the lesser sex. How many times do you think I can say equality in one conversation? Feminists act on the belief that all genders, despite race, class, and religion, are created equally and deserve to be treated as such.

Some feminists don't want to have children, but some do. It's like how some men don't wish for kids, but some do. The fight is for a woman's right to choose her own lifestyle, whether it is in the board room, in the home with the kids, or some combination of the two.

9.   The goal of feminism is total matriarchy.

There is no hidden agenda within the feminist movement. Feminism is an effort to restore an imbalance in power between genders, not to swing it in favor of women. Though I would love to see more women in government and leadership positions, no one is instigating a hostile takeover.

10.   Feminism is outdated and unneeded because men and women are equal.

Consider this fact: There are more CEO's with the name John than there are female CEOs. When I told my boyfriend this, he started to laugh. The most hurtful misconception about feminism is that there is no need for it anymore. Women have the vote, yes, but there's still a tall mountain to climb.

Onward and upward. Who's with us?

"Yes, I Can Wear Pink": 10 Things About Feminism For My Boyfriend
Sadie Trombetta

The Dangerous Dance Women Do With Numbers
Sadie Trombetta