Why The Women On 20s Campaign Is Crap 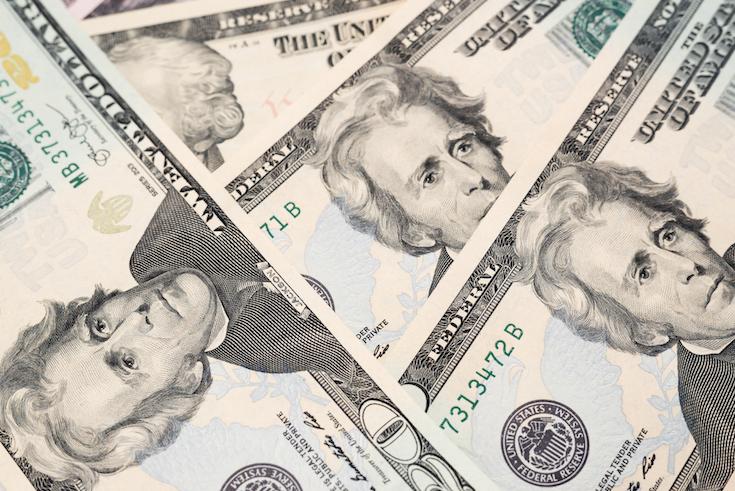 Because history has been told by white men, our currency reflects those stories. All paper money in the United States bears the face of a man. This is why the Women On 20s campaign exists-- they're hoping to remove Andrew Jackson's face and replace it with the face of an important woman in history. The finalists are Eleanor Roosevelt, Rosa Parks, Wilma Mankiller, and Harriet Tubman, all incredibly worthy and badass women. While most every other feminist seems pretty darn excited about this campaign, I hate to break it to you guys, I'm totally "meh" about it and maybe even kind of upset.

I just can't muster any enthusiasm. Maybe people will think I'm cynical, as a feminist, shouldn’t I want to see women displayed in prominent places? By not getting on board with this, aren't I proving that feminists are never happy and nothing is good enough? Isn't putting a woman on some money a sign of equality? And maybe it might look like a sign of equality on the surface, if you squint really hard. But I think we need to be real about what putting a woman on the $20 bill is and isn't. And what it isn't is all that progressive.

Representation is important. It's hard to aspire to be something if you don't know that it exists. I'm not going to *object* to a woman's face on a bill. I'm also all for getting Andrew Jackson's face off the 20 because he's terrible, but so were most U.S. presidents/famous white dudes. If Jackson can be replaced with Wilma Mankiller, that's super rad (and would probably have him turning in his grave-- don't forget that he's responsible for the Indian Removal Act of 1830 that led to mass death of Native people while they were being removed from their land).

But ultimately I feel like this campaign is a distraction at best. There's nothing like convincing a whole group of people to put their time and energy into a campaign, that won't actually work towards their liberation in any way, while telling them it's progress. Don't piss on my head and tell me it's raining, you know? The entire campaign (and any Congressional backing it may receive) feels like an attempt to pacify and placate those of us loud, angry women clamoring for change. In many ways, it feels patronizing as hell. Because at the end of the day, it won't change a thing.

How ironic would it be if we succeeded in putting a woman on the $20 bill when we can't even manage to close the wage gap and white women only get $15.75 of that $20 for doing the same work a white man does (while women of color get even less)? And forgive me if I'm not jumping up and down to co-opt women's issues to support capitalism, which is basically the root of all evil, contributing to the oppression of women and people of color in the United States (and around the world).

Why can't we spend the time, energy, and money that women have put into this campaign to actually improve the lives of women in this country? If we're going to work this hard to put one of these women on the $20 bill, then we should be working at least as hard to bring about change on the issues that they cared about. What good will it do to put a Native woman on some money when we're still fucking over indigenous people on the daily and violence against Native women is still happening at alarmingly high rates and no one seems to care? Will putting Rosa Parks on the bill change the fact that Black women are still fighting the same struggle that she refused to give up her seat on the bus for? It would be great to see Harriet Tubman or Rosa Parks or Wilma Mankiller (and while Eleanor Roosevelt was an awesome lady in her own right, we don't need another white person on anything) on some money, but we're hypocrites if we put energy behind that without also working to address police brutality, violence against Native women, or the structural racism and inequality that leaves people of color (and women of color, in particular) without access to wealth, healthcare, education, or other basic human rights. It feels like a celebration of their legacies while not actually continuing any of the work that they started or cared about. Lip service, essentially. The irony of possibly putting a Native woman on U.S. money while we still occupy the land we stole and colonized from them is not lost on me. While I don’t claim to speak for Native women in any way, it strikes me as possibly incredibly offensive.

I wish we could get this many people excited about campaigns and work, that would result in real structural change, instead of something that's the equivalent of slapping a new coat of paint on a dilapidated house. These women's legacies deserve better and the women living in the United States today deserve better. The #WomenOn20s campaign is nothing but a high profile campaign that, at the end of the day, won’t change a goddamn thing. Call me a cynic, but I think we can (and should) do better.

If you like this article, please share it! Your clicks keep us alive!
Tags
feminism
$20 bill
Harriet Tubman