Things I Wish I'd Known In High School 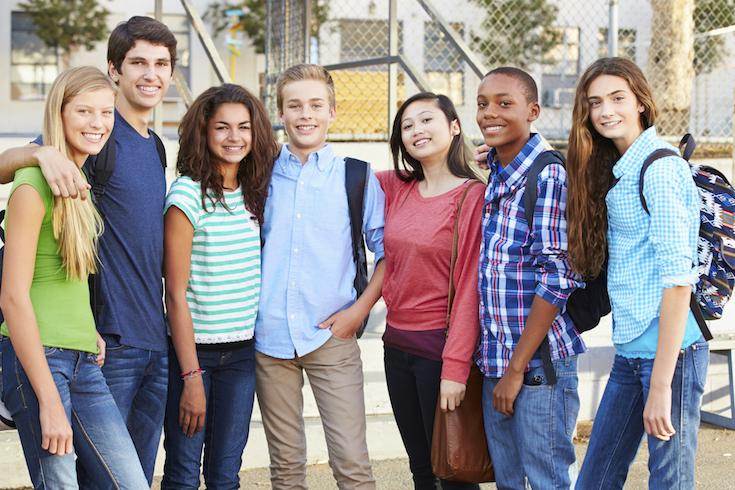 It’s okay to say “no.” To anything. “No” is a complete sentence. You do not have to do anything that you do not want to do. Ever.

High school was a terrible time for me. From the outside, I seemed to have it all– I was a cheerleader, in Honors and Advanced Placement classes– but inside I felt lost and alone. Everything carried so much weight. I never remember a time I felt truly at ease. These are the things I wish I’d known then, and the things that I hope I can impart to my own daughter as she navigates the turbulent waters of adolescence and walks the gauntlet of the high school hallways.

Everyone is just as insecure as you are. Yes, even the popular kids. Everyone is a mess of raging hormones and raging insecurity in high school, it’s just that some people wear it on their sleeves more than others. No one knows what they’re doing or who they are, and chances are that they’re envying you while you’re sitting there envying them. And the meanest kids are the ones who doubt themselves the most. I could never see around my own anxiety enough to notice that everyone else had it, too.

People will like you so much more if you don’t pretend to be someone you’re not. I hated who I was so much that I pretended to be anyone else in order to get people to like me. I made up boyfriends that didn’t exist. I claimed to have done drugs and sex acts that I hadn’t. I told stories about things that people knew weren’t true. All that did was make people like me less. It turns out that when you’re full of shit, people know it. And when you’re authentic, people respect it.

Trying to be “one of the guys” does not make you cool. High school Britni had not yet found feminism and she definitely would have mocked it if she had. I wanted to be seen as “different” than those other girls– I had a sense of humor, I was down to hook up, I liked watching sports and hanging out. It turns out that all that was was internalized misogyny and another way to hate myself (and other women). If those are things you really like, that’s great! But you don’t have to distance yourself from traditionally feminine things in order to seem worthy of guys’ time.

Other girls are awesome. I never had any close female friends. I always said girls were “vapid, “catty,” and “annoying.” In reality, I was threatened by other girls. I viewed them as competition. I thought I couldn’t measure up. What better way to avoid those feelings than making other girls the enemy? In reality, surrounding yourself with good women is the best thing you can do. They will hold you up and love you when you can’t love yourself.

You don’t have to have sex with guys to get them to like you. I wish I knew that guys who liked me only because they could get in my pants were not worth my time. I wish I knew that I was worth more than helping a guy get his rocks off. Any guy (or person) who truly likes you will like you whether your clothes come off or stay on.

It’s okay to say “no.” To anything. “No” is a complete sentence. You do not have to do anything that you do not want to do. Ever.

Queerness is a thing, and not a bad one. Those longing glances at other girls in my classes would have made so much more sense if I’d known this!

Yes, it’s normal. All of it. The way you’re feeling, the thing your body is doing, the questions running through your head. You’re not weird. Nothing is wrong with you.

None of this matters. One day you’ll grow up to be someone totally different than you ever could have imagined. Some of these people will still be your friends. Some of them won’t. And some of the ones that you least expect will turn out to be totally rad. Ten years down the road, no one will care about what happened in high school.