37 Is Too Old To Date, Says Hollywood 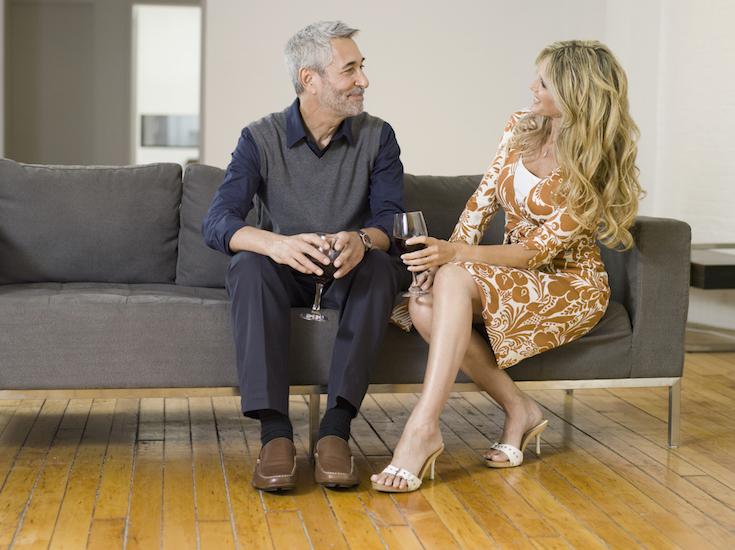 What if an accomplished actress was not just the love interest of an older man?  What if being 37 meant I was worth more than being an attraction?  What if being a 37 year old woman with a career had value beyond my bikini lines.  Wouldn’t that be crazy?

Apparently women who are 37, by Hollywood’s standards, are way too old to date a male protagonist in his mid-50s.

While our first reaction might be a flavor of, “I’m sorry, WTF?”, it isn’t that surprising.  Remember Sabrina with Audrey Hepburn and Humphrey Bogart? Dude, Hepburn was 25 in that film. Twenty-five. Bogart was 55.

Not much has changed.

What threw me when I read that Maggie Gyllenhaal was too old, by Hollywood’s standards, to play the love interest of a 55-year-old dude, was realizing that I was turning 37 this year.

I had to walk that one off.

This means I am too old to date anyone who is 55 such as the enchanting Emma Thompson (call me, Emma, I'm waiting), Jennifer Grey, Hugh Laurie, or the elegant James Spader. I may be young enough to date Tom Selleck, who is completely owning his 70s, but really, no one is that lucky.

But that got me thinking: who else am I too old to date?

Jim Carrey: This amazing actor is sporting his 53 years with vigor, and enjoying life with Cathriona White, who is 28. So I am waayyyy too old for Jim.

Leonardo DiCaprio: This overly talented man has not even reached his 50s, and yet he has never had a woman on his yacht that has reached their 30s.

But, to be fair, the most beautifully talented Robin Wright is pulling off her 50th year with a 35-year-old Ben Foster. And although you wouldn’t know it, Joan Collins is sashaying her 81st year with a 49 year old Percy Gibson. So, men may have similar limitations with gaining the attentions of phenomenal women in Hollywood.

Recently Melissa McCarthy was told by a reporter that she was, "only a good actress when she looks attractive, and that [her] husband shouldn’t be allowed to direct [her] because he let [her] look hideous in this movie.” In a true quality moment, she replied:  “If [a girl] comes home and someone says, ‘You can’t have a job because you are unattractive,’ are you going to say, ‘That’s right’? Just know every time you write stuff, every young girl in this country reads that, and they just get a little bit chipped away. I just think we tear down women in this country for all these superficial reasons, and women are so great and strong.”

Can I get an amen?

I just wonder. . . if my daughter came home one day and said she couldn’t have a job because she was too old, how would that be right?

What if an accomplished actress was not just the love interest of an older man? What if being 37 meant I was worth more than being an attraction? What if being a 37 year old woman with a career had value beyond my bikini lines. Wouldn’t that be crazy?

You know what that makes me think, though? It makes me think that us older women have the upper hand with Hollywood. Sure, Maggie Gyllenhaal can’t be a love interest to a 55 year old actor. . . but, stay with me here: what if she didn’t have to be a love interest at all? What if a woman was the hero, like Katniss Everdeen? Or maybe the women fought for themselves, like in Mad Max? What if the leading woman was like Emma Stone’s role as Sam Thompson in Birdman?

What if women had worth as more than the romantic interest to a man? It seems that if Hollywood shuts the door to women in their 30s for this position, that the doors of opportunity for greater, world-changing roles actually open up for us.

So, with that being said: at a distinguished 37, I believe I am actually ahead of the game. By Hollywood’s standards, anyway.

If you like this article, please share it! Your clicks keep us alive!
Tags
Hollywood
dating
Maggie Gyllenhaal
aging
Movies
film
protagonist