Vaccine Choice Is A Feminist Issue 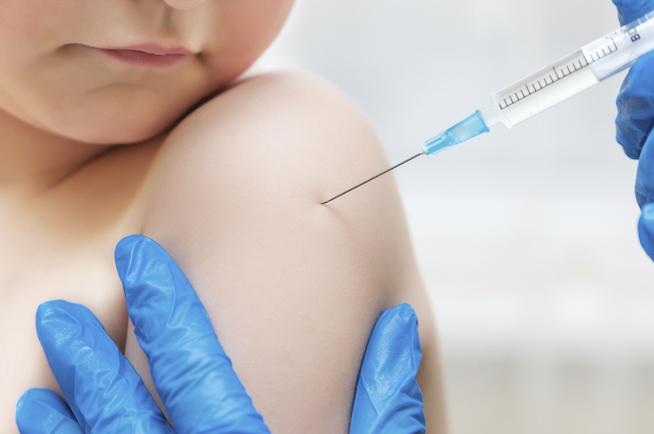 Now that California Governor Jerry Brown has signed SB 277 into law, all children must be fully and completely vaccinated in order to attend public school in California. Religious and philosophical exemptions to vaccines are no longer allowed under the new law, and neither is following a delayed or individualized vaccine schedule. The only remaining exemption is for medical conditions that prevent a child from being immunized.

While much has been written about vaccines from every angle, there has been a disturbing lack of discussion about this bill from the standpoint of medical choice. Yet, at its heart, that is exactly what this bill is about.

As parents, we are tasked with making medical decisions for our children. Because our children simply can't grasp the intricacies of medicine, we are put in the position of providing informed consent on their behalf. We research and speak to our children's physicians, weigh safety and risk, and then we make the best decisions we can. Sometimes, these decisions are simple, and sometimes they are incredibly complex. But, in every case, they are ours to make as parents for our children, and this right to informed consent is at the foundation of our medical system. This is why, until now, personal and philosophical extensions existed that allowed children to attend school until and unless there was an active outbreak of a disease for which they are unvaccinated.

SB 277, now officially California state law, strips parents of their right to informed consent while claiming that it's for their own good. Proponents of the law claim that it is necessary to mandate vaccinations in order to preserve herd immunity and to prevent a public health crisis. However, that is simply not the case.

Nationwide, vaccination rates have been steadily increasing by about 10% each year. California's vaccine exemption rate is 3-7% for each individual vaccine, all of which are below the 8% scientists say is required to preserve herd immunity.

This measure was not enacted because California parents aren't vaccinating. It came about because some children contracted measles at Disneyland. Parents were angry and afraid, and thus SB 277 was born. However, the measles outbreak at Disneyland was caused by one adult from overseas who wouldn't have been covered by this law, and the outbreak eventually sputtered out.

Although vaccination was long considered to be broadly effective, it is our rising vaccination rates that have led to the discovery that some of our vaccines aren't as effective as we thought — it's often the vaccinated getting sick, and recently-vaccinated individuals can shed the virus and spread the very diseases that we are attempting to prevent. These discoveries give rise to hard questions that science will need to grapple with, but there is no evidence that mandating even more vaccines will solve these problems.

There is no epidemic of vaccine-preventable disease in America. Legislating based on the sheer possibility that such an epidemic may one day occur is buying into paranoia, not science. If small numbers of anti-vaxxers are problematic, the government should listen to their concerns and work with parents and vaccine manufacturers to address them. With vaccination rates already prevalent and increasing, it is clear that there is no compelling state interest that outweighs the right to informed consent and parental autonomy.

While supporters of the law argue that parents can still decide against vaccinating as long as they homeschool their children, it is not a coincidence that public schools (and even private schools, daycares, and preschools) were chosen as the target. By providing our children with equal access to public education, we do far more than just teach them — we also provide families with everything from free meals for hungry students to childcare for working parents. Sending children to school and daycare enables families to work, and it's naive to pretend that all families have the means or even the inclination to homeschool.

It is important to note that, under this new law, any remaining unvaccinated children won't be ejected into outer space. They will still frequent the same parks, recreation facilities, and churches they always have. They will even still go to Disneyland! If these children present an imminent threat to public health, this law won't lessen it. But, because school and daycare are a necessities for the majority of families, lawmakers knew that this law would force many parents into vaccinating. Most families do not have the option to homeschool in order to retain their right to medical autonomy, and it will be the working poor and middle class who are most impacted by this law. And, as the statistically predominant caregivers of children, the burden of compliance will fall squarely on the shoulders of mothers, including immigrants, the uninsured, and families who struggle to take time off work to go to the doctor.

While it may be tempting for vaccine supporters to view this law in binary terms, it has far broader implications than vaccinations alone. It creates a precedent for using access to education as leverage for removing parents and even physicians from our children's medical care, handing medical decision-making over to a bureaucratic process, instead. And, frankly, that's terrifying.

SB 277 itself left the door wide open to increase its scope. Although it states that religious and personal exemptions will remain in place for future vaccinations, it also states that the schedule will include any additional vaccines "deemed necessary" and that the state will have the ability to regulate the ingredients of the mandated vaccines. This broad language gives lawmakers carte blanche to add additional vaccines to the schedule at any time. While perhaps you agree with every vaccine currently required, all 28 of them by age 4-6, these and any other vaccines developed in the future can be added to the law if "deemed necessary."

While it might seem like hyperbole to suggest that one day we could see legislation surrounding circumcision, breastfeeding, or even pierced ears in infants, all are controversial parenting choices with perceived health impacts. Where will we draw the line once we concede that the government is better equipped to parent than other parents? Not so long ago, the idea that it would be illegal to allow your child to play alone at a park would have been unbelievable. Once we become so wedded to our opinions that we believe they should become law, it seems that there is no end to how far we will over-step our boundaries while using safety as our excuse.

It should be clear to every American by now that the government has no say in our personal medical choices. Certainly, as feminists, we have long fought for our right to choose — even when our right has a direct, negative impact on the life of an unborn child. If we can fiercely and staunchly support and defend the right of every woman to make her own choice for her own body, we can not allow the government to tell us which vaccines must be injected into our children's bodies. Our bodies are our own and so are theirs.

All vaccines carry risks. These risks vary from minor reactions like rashes and flu-like symptoms to permanent disability and even death. Vaccines also save lives. But that in no way removes the existence of the risk of vaccinating itself, and these risks are clearly enumerated on every vaccine insert. Decisions about potential side effects versus benefit to self and others are, and always will be, personal. They should be made with the input of our physicians and the insight of our conscience — not lawmakers in a statehouse.

If our children are injured by vaccines because we vaccinated them solely to attend public school, who will bear the brunt of the burden? Will Governor Jerry Brown personally pay for the long-term care of a now-disabled child? Will the senators who voted for the bill weep over a child who lost function after receiving a vaccine? At the end of the day, lawmakers bear no responsibility for the results of this law, and even the vaccine manufacturers can't be sued in open court. Instead, it is the parents and the children themselves who will be the victims of any resulting vaccine injury, and it is for exactly that reason that the decision to vaccinate should remain with them.

If you like this article, please share it! Your clicks keep us alive!
Tags
vaccine mandate
bodily autonomy
feminism
SB 277
informed consent
vaccination