Why Anti-Feminism Is Misandrist and Misogynistic 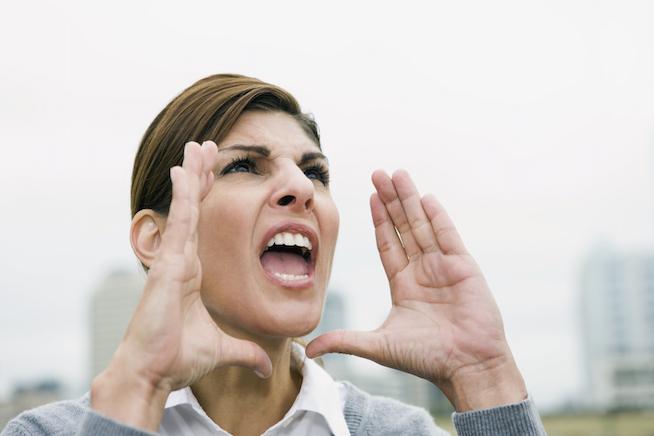 It’s conservative fantasy that when it comes to sex, dating, and marriage, men now “hold the reins.” In fact it is women who “hold the reins” in every aspect of their lives more than we ever have before.

It’s a fascinating trick anti-feminists play to accuse feminism of being misandrist. Their most damning pieces of evidence are the radical feminists. These are, of course, the ones that are most vociferous (because they’re radical), while the saner thoughts of feminism are ignored.

By the same token, anti-feminism is full of misogynists. But anti-feminists do not take this as evidence of their movement being misogynistic, although it would make far more sense to do so — feminism is the belief in the social, political, and economic equality of the sexes. To oppose feminism requires either slandering it or opposing the goal of equality. Opposing equality of the sexes is either misogynistic, misandrist, or both.

While anti-feminism is more often accused of misogyny, I am amused to point out one instance of a writer engaging in blatant misandry in an attempt to discredit and slander feminism.

The piece in question, written by National Review's Eliana Johnson, is a fascinating profile of “Millionaire Matchmaker” Patti Stanger. Johnson makes sweeping generalizations about men, which are, frankly, insulting. And she uses thoroughly debunked assertions and fake trends as evidence. She writes:

“The age-old system in which women exerted great control over dating and romance by making men wait for sex has largely vanished. The predominance of casual sex has shifted control to men. The men hold the reins: In a culture saturated by casual sex, there’s little incentive for them to learn how to romance women. They don’t have to.”

So men only romance women to have sex with them? How insulting.

Besides their misandry, Johnson’s generalizations are also divorced from fact. In order to insult men, she invents a historical era, a fake trend, and a pathetic female trope.

Johnson describes an “age-old system in which women exerted great control over dating and romance.” This is a total fantasy. We’ll leave aside that dating is a relatively new phenomenon. With very few exceptions, at no time in history have women ever exerted more control over who they were “romanced” by than now.

In fact, romance itself is a relatively modern idea. The relationship of King Solomon’s 700 wives and 300 concubines to him wasn’t romantic. Evidence indicates women had zero autonomy about whom they married prior to ancient Rome. That was a decision made by the family.

It wasn’t until the Industrial Revolution that the decision of who to marry moved from families to men for the first time, as for the first time they had money to support wives that wasn’t tied up in family-owned farmland.

Johnson blames men’s lack of romance on the fact that women are no longer “making men wait for sex.” She calls casual sex predominant. This also is simply untrue.

Researchers from the University of Portland compared college students of the '80s with those of the 2011-2012 and found that not only are college students not having any more partners than previous generations, they’re not having sex more frequently, either. The vast majority (78.2%) of college students reported their last sexual partner was either a spouse or a significant other.

So much for hookup culture. Not only are millennials having less casual sex than their parents, but 38% of millennials think sex before marriage is morally wrong.

Johnson has invented a historical era to contrast with a modern reality that is also invented to support her claim that men only romance women for sex.

Not content to insult just men, Johnson turns her claws to college women.

“College campuses are full of young women wondering, after sexual encounters, when they might hear from that young man again. (Usually, never.) They wait, worry, cry. They suppress their desire for something lasting.”

As I covered for Huffington Post, a 2013 survey of over 1,000 male and female professionals by LinkedIn and Citi found that marriage is actually more important to men than it is to women. A quarter of women polled said that being in a "strong, loving relationship" would constitute "having it all," and the distinction of being married was unnecessary — a position that only 14% of men agree with. 79% of men equate "having it all" with being in a "strong, loving marriage," versus 66% of women.

"Just since last year, the number of women who say their definition of success is not linked to marriage (or relationships at all) has nearly doubled," wrote New York magazine. That hardly sounds like crying while waiting for a text to me.

Johnson’s reasoning is sound, in that people really do respond to incentives. But her premises are faulty. Her assertion that men are only nice to women or get married for sex is as misandrist as it is empirically unsupported. First, sex isn’t more available today than it was 50 years ago, though marriage rates have plummeted. Second, today men want to marry as much or more than women do.

The move to an information and service-based economy has empowered women by making them more valuable in the job market. College women aren’t crying because men won’t marry them. They’re polishing their resumes because men will hire them. It’s women who are delaying or forgoing marriage, not men.

It’s conservative fantasy that when it comes to sex, dating, and marriage, men now “hold the reins.” In fact, it is women who “hold the reins” in every aspect of their lives more than we ever have before.

Anti-feminism, like the kind Johnson exhibited, is impressive in that it manages to be both misogynistic and misandrist at the same time. However, it totally misses the real threat to their idealized visions of love and romance.

Why Anti-Feminism Is Misandrist and Misogynistic
Cathy Reisenwitz

Getting Divorced Saved Me
Cathy Reisenwitz