Why We Should Thank Planned Parenthood, Not Defund It 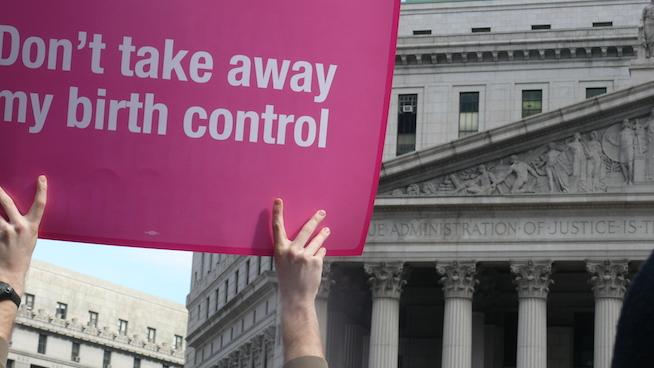 Defunding an organization based solely on unconfirmed allegations made by a group known to be against legal access to abortion, without so much as launching an investigation, would be a violation of Planned Parenthood's right to due process, not to mention absurd.

In response to a series of videos claiming to catch Planned Parenthood illegally trafficking in aborted fetal tissue, the Senate voted Monday night on a measure to defund the organization. Although that measure failed, Planned Parenthood's future is anything but rosy — Republicans have already promised to oppose any additional federal funding for its programs when the legislation tackles the budget in the fall. While Planned Parenthood's past is littered with similar attempts to strip its funding and limit its scope of services, today's measure ostensibly isn't about abortion itself.  Rather than focusing the attack on abortion, proponents of the measure argue that the real problem with the organization is that it sells baby parts.

The problems with this claim are numerous. First, it is illegal to sell fetal tissue, but it is perfectly legal to receive compensation for the time and expense involved in collecting, preparing, storing, and transporting tissue for research purposes. This is well-established in the rules and regulations surrounding organ and tissue donation. Similar regulations also make it illegal to sell children, but legal to compensate parents for medical care and expenses incurred during an adoption.

Second, even if Planned Parenthood had engaged in a violation of the appropriate rules and regulations, it would require a thorough investigation of the organization and the allegations to ascertain that wrongdoing had been done. While a heavily-edited video may be compelling viewing material, it isn't evidence that a crime has been committed. Defunding an organization based solely on unconfirmed allegations made by a group known to be against legal access to abortion, without so much as launching an investigation, would be a violation of Planned Parenthood's right to due process, not to mention absurd. The last time I checked, YouTube wasn't exactly a reliable source of evidence.

Furthermore, let's not forget that Planned Parenthood only devotes 3% of its services to abortion. While its size makes it the largest provider of abortions in the United States, abortions comprise a minuscule percent of its services. Planned Parenthood also provides women's health services and birth control, testing and treatment of sexually transmitted diseases, cancer screening and prevention, and education and information services. In fact, 41% of Planned Parenthood's services relate to STDs. Many of Planned Parenthood's clients rely on the organization for free and inexpensive access to reproductive and sexual health care, and defunding the organization would have a massive impact on these patients, who may have no other affordable options in their area.

All of that aside, what seems to have been lost in the rush to skewer Planned Parenthood over these videos is the understanding of just how critical fetal tissue has been to scientific and medical research. While it may be uncomfortable to watch a video that shows technicians picking through fetal parts for organs deemed good enough to use, it's important to remember that this is tissue that would otherwise have been disposed of. The decision to allow the use of fetal tissue in medical research was made long ago, and it has allowed for massive advancements in medical research. In fact, the benefits of using fetal tissue are so vast that Republicans themselves have long supported and even voted for its use.

The current outcry against Planned Parenthood, and any subsequent attempts to halt its donations of fetal tissue for research purposes, could lead to substantial setbacks in medical research in the areas of Parkinson's disease, birth defects, HIV/AIDS, eye diseases, ALS, and vaccines, among others. These are diseases that lead to death and serious disability, and it's long been settled that it is ethically sound to utilize aborted fetal tissue to research their prevention and cures. Planned Parenthood enables that research, and puts otherwise unusable tissue to work for the improved health and well-being of millions of Americans. This is something that should be facilitated and lauded, not demonized and defunded.

While Republicans may not want to accept the bias and motivation of the anti-abortion groups responsible for releasing these videos, you and I certainly do, and it is imperative that we make it clear to our lawmakers that we won't be fooled by video editing and rhetoric. Call, email, or tweet your representatives and tell them that you support Planned Parenthood now and at election time.

If you like this article, please share it! Your clicks keep us alive!
Tags
Planned Parenthood
fetal tissue
abortion
reproductive health