Ask A Feminist: Can I Be A Feminist If I Use Botox? 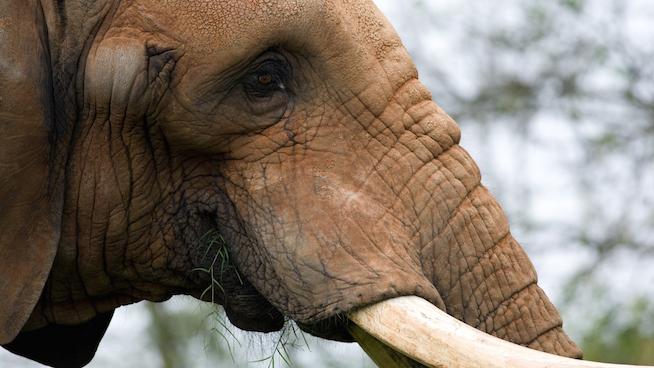 I’m thinking of getting Botox. Is that a feminist choice or does it put me in a category with the Real Housewives?

- Reader You Dreamed Up

OMG, I looooove Botox. See, one of my eyes is aging faster than the other (maybe it’s precocious?) so they’re really uneven. Every few months, I visit this nice lady named Melanie with perfect skin and she does something miraculous with needles that changes the laws of physics as they apply to my face. One eye goes up, the other goes down and I no longer look like I’m suffering from the kind of palsy Jane Austen characters might have.

But enough about me. There is not a human being with access to a mirror who doesn’t occasionally look at themselves and poke at some part of their body and think, “Hmmm. I wonder how I’d look as a redhead. Or with a push-up bra. Or with a retro strong-man mustache waxed to perfection.” The desire to alter our form to look cooler, younger, older, better, odder, or just plain different is universal. That’s why ancient Egyptians mastered the smoky eye and King Henry VIII wore a big ruff to pull the eye away from his bad leg. Injectables and cosmetic surgery are the latest in a long history of humans altering their body. Neck lengtheners, corsets, tattoos, those massive ear plates I once saw in a book. We customize ourselves.

So, dabbling in botulinum toxin is not an anti-feminist act. However . . . and this is a big however . . . it is a symptom of a system that values appearances in a pretty screwed-up way. Because you know and I know that if a Botox user and a tattoo aficionado are up for the same mainstream job, the Botox lady has a better shot than the lady with the gorgeous sleeve tattoo of scenes from Alice in Wonderland. And even more troubling, the Botox lady will have a leg up on the lady who has neither ink nor toxins beneath her skin.

Female appearances are judged by some pretty ridiculous standards and it’s really just bullshit. Hillary Clinton recently gave a nod to that when she joked that she won’t go gray as president because she’s been coloring her hair for years. It’s possible that Mrs. Clinton colors her hair because she thinks blondes really do have more fun, but it's more likely some image consultant told her that gray-haired ladies don’t poll well and she needs to look more youthful. And while her husband sports distinguished silver hair as he traipses about saving the world, Hillary is getting poked in the press for spending $600 to be blonder and more vital-looking than Bernie Sanders.

This is not a fixable problem. I’m sorry as hell to have to type those words but it’s true. Striving for better appearance is human and it’s not implicitly bad. Striving to conform socially is also human. We are pack animals and want to be identified as belonging — even if we are striving to belong to a subgroup instead of the mainstream. Overcoming those impulses is difficult if not impossible. The more dangerous impulse is the one that causes people to apply certain beauty standards to others without regard to anything else about them. You can’t write the tattooed person off because she chose ink. You can’t dismiss the lady who prefers not to alter her looks drastically. You can’t look at the Real Housewives and consider them less enlightened because they go all in on cosmetic procedures.

Of course, as a feminist, you already knew that and work like hell to kick your knee-jerk reactions back down so that you judge all people on their merits, not their appearance. And as your reward for being an amazing, open-minded thinker, go get yourself some first-rate cosmetic dermatology!

If you like this article, please share it! Your clicks keep us alive!
Tags
botox
feminism
plastic surgery