What It Is Like To Meet Your Mother After 20 Years 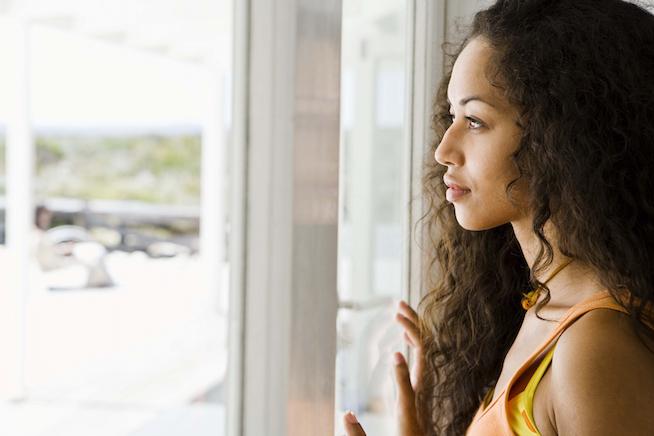 "I couldn’t expect a woman who didn’t even know me to become Super Mom in a matter of three months."

How did I know it was her? I looked at that profile picture and I knew, because you know when you are staring at your mother in her eyes. The eyes that look just like yours.

On November 25th, 2014 my whole life changed. That was the day my mother messaged me on LinkedIn stating, “Yes, I know who you are. You are my daughter.”

To give some background, I was five years old when I last saw my biological mother. She was 20, had recently had my baby brother and was fighting for custody of me. A series of unfortunate events, if you will, lead to her losing custody of me and relinquishing all rights over to my grandparents. Growing up, I was raised by her father (my grandfather) and her grandmother. Tricky, I know. Nonetheless, I was raised under the understanding that my mother was unfit to raise me after having me at 15 and wanted nothing to do with me. I went on to high school and college raised with all the love my very small immediate family could give me, but I felt a big hole inside. Where was my mother? Why hadn’t she come looking for me? Who is my father? Where is my brother?

Those questions went unanswered for years, mixed with identify and abandonment issues that lead to depression, cutting, and suicidal tendencies. I didn’t know who I was and I internalized the words “Your mother didn’t want you.” When I was 23, I did a search for my mother on Intelius. I found her full name, address and work information, but I was too scared to reach out. Then, in November, something changed. I don’t know if it was an epiphany or just a need for answers, but I reached out to her on LinkedIn after doing a simple name search. How did I know it was her? I looked at that profile picture and I knew, because you know when you are staring at your mother in her eyes. The eyes that look just like yours.

On November 25th, I got a response that would change my life forever. After her reply, I sent my phone number to her and offered to go to coffee and catch up. The first phone call was nerve-wracking. I paced the house, sweating, as I talked to her for 10 minutes, doing a brief catch-up and trying to plan our first meeting. On December 1, 2015, we met at a Starbucks. For four hours we caught up, piecing history together and answering unanswered questions. She told me things that were a blow to the chest about my immediate family, and the truth about why she wasn’t in my life. She always loved me and always wanted me.

I can honestly say I went into things with very high expectations. I thought, since the initial meeting went well, then that meant that we were going to be best friends, mommy and daughter, back in action, as if we didn’t have 20 years of life standing in our way. My bubble was burst a couple weeks into spending time with her, learning we actually didn’t know each other at all and had a lot of building to do. The biggest blow was when I moved to Korea in February and didn’t hear from her for multiple months. I confronted her about it because I thought as a mom you are always supposed to be there for your children. Her reasoning was that she needed space, as she was dealing with major life changes, but to me all I felt was abandonment again — the only word I heard was “space.”

I realized that I couldn’t expect a woman who didn’t even know me to become Super Mom in a matter of three months. If I was going to give our relationship a fighting chance, I had to realize that she’s an adult just as much as I am. I am 26 years old. She’s 42. I grew up pretty independent, but with a lot of love from extended family. She grew up independent, but with little to no family or extended family. Personality-wise, we are also very different. I’m an optimistic dreamer, and she’s a straightforward realist. As you can see, the dynamic can definitely cause some rifts.

Today I’ve decided to remove the major expectations I placed on our relationship. I don’t stress if she doesn’t email me back right away. I don’t get upset if she doesn't do quintessential “mommy” things, because we are still learning each other. For anyone who has just reconnected with an estranged loved one I would tell them give it time, be fair, and be realistic about the relationship. I’m now more open to what the future holds with my mother, and ready to embrace our relationship, however it looks.

If you like this article, please share it! Your clicks keep us alive!
Tags
finding your mom after 20 years
raised by grandparents
lost custody