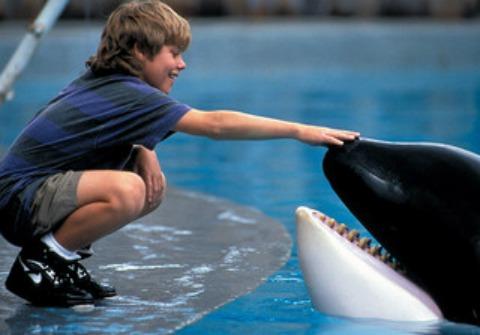 The only thing black and white about the issue of captive orca whales are the whales themselves.

Blackfish, the exposé  that brought to light the darkness and questionable ethics of SeaWorld’s orca treatment has been a hot topic of controversy ever since its premiere in 2013. Last week, California Assemblyman Richard Bloom proposed a bill that would ban parks like SeaWorld from keeping whales in tanks the relative size of bathtubs for the purpose of performing.

The bill is causing angry animal lovers to rejoice. Orca shows are one of SeaWorld’s biggest attractions, so as you can imagine, the park and its supporters are less than thrilled.

This is as much a political issue as it is emotional. To help you join the conversation, we've compiled an Orca cheat-sheet of sorts.

Controversy surrounding captive orcas is not a new occurrence

The year was 1993 and Free Willy, the story of a friendship between a captive killer whale and the boy who fought to free him, was the feel good kids flick of the season. After the movie’s opening, its abundant popularity inspired a push for the release of Keiko, the real life captive orca who played Willy.

But because Keiko had spent the majority of his life in isolation, he lacked the skills to make it on his own. After several attempts to reintroduce him into the wild, Keiko died at 27 (orca males can live to be 50 in the wild).

Whales are highly sociable animals. Among the reasons against SeaWorld’s whale tanks is the belief that the whales are being removed from their natural webs of community and subculture. Yep, whales have region-specific cultures and dialects, just like people.

Orca isolation is dangerous for whales and for people

Loneliness and isolation have been proven to have potentially fatal effects on humans. Whales are not also not immune to such isolation. The difference with captive Orcas is that the stress and mania resulting from such isolation can be unleashed on unaware victims.

And let’s be real…

Orcas are just more majestic when they are skirting icebergs and circling the blue-green expanse of open oceans. It’s been twenty years since Free Willy and the question of whether or not it’s humane to keep orcas pent up is still thrashing around the webosphere. With this newly proposed bill, we may be looking at the end of the orca-show as we know it.