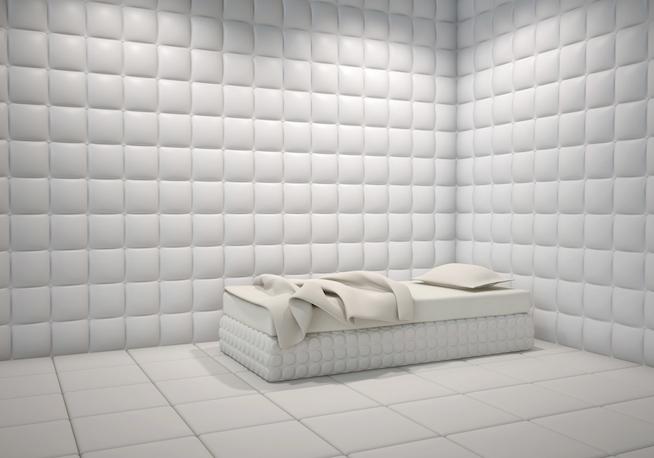 Neither he, nor I, can pinpoint one obviously traumatic event that created his pain, but his life is littered with pain past and present. It is pain from a thousand tiny cuts that add up to one massive hemorrhage.

My kids went back to school this week. Or at least most of them did. One is missing from the smiling, slightly nervous, obligatory back-to-school photos. One of them was admitted to the psychiatric and behavioral unit of our local children's hospital instead.

If you knew my kids, you would be shocked. If you tried to guess which one was struggling with severe depression and suicidal ideation, you might even choose the wrong one. No one had a clue that my son was desperately, horrifically depressed until his friend came to me with her concerns. She was afraid that his pain had progressed to plans — she was terrified that he was going to die.

I don't know whether she was right, or whether my son was at a real risk of suicide. There is a lot of gray area between thinking and doing, and perhaps even he isn't sure where he falls on that spectrum — many teenagers have contemplated suicide at least once, and my son may have been no more serious than that. What I do know, however, is that my child has been struggling with depression for a year and a half, and there were almost no warning signs. In fact, my son's regular therapist was as shocked as I was. My son is a great kid, his therapist said, and he seemed to be doing so well.

My son is one of the most remarkable people I've ever met, and I don't say that just because I'm his mom. In fact, the afternoon before he was admitted, I got a message from someone he met earlier in the week who wanted to let me know how great he is. That's just the kind of person he is: people are drawn to him, and touched by him, and they often sing his praises.

Although his sister somewhat resentfully refers to him as "the perfect child," people aren't drawn to my son because he is somehow perfect. His teachers corner me and tell me how much they love to listen to him talk, and to compliment his perspective — even when he doesn't bother to do his homework. People adore him because he's smart as hell and ridiculously funny, but he also has an ability to empathize that is rare in adults, much less teenage boys. He wrestles with his younger siblings and plays tag with them at the park, he can cook up a storm, and he wants to be a teacher or a nurse someday. He cares, ever so deeply, and he will be an astonishingly wonderful adult — if he doesn't kill himself before then.

The thing about empathy is that it doesn't just happen. It grows from our own pain, and it is that pain that allows us to understand the pain of others. My son is so extraordinarily empathetic because he carries an extraordinary amount of pain. Neither he, nor I, can pinpoint one obviously traumatic event that created his pain, but his life is littered with pain past and present. It is pain from a thousand tiny cuts that add up to one massive hemorrhage.

When I left the hospital the night that he was admitted, I sat in the parking lot gasping with big ugly sobs and looking for someone to blame — beginning with myself. I'm his mother, and I'm the only consistent parent he's ever had. As I finally made my way home, with tears streaming down my face and my mouth open in a silent scream of pain, all I could ask myself was, "What have I done?" How could I have allowed my son to be hurt so deeply, and in so many ways? Why did I allow my pain and my trauma to catch my son in the crossfire?

The answer, of course, is found in the question — I made the decisions I did because of the trauma I endured in my own life. I married men who hurt me and my children because of that pain, and it is no wonder that my son bears the scars of those decisions.

Still, it's hard for me to blame myself for those decisions because they were made out of my own pain and trauma. I recognize that I really was doing the best that I could, and that my best has evolved dramatically over time. Instead of spiraling into a blame cycle that benefits no one, I try to accept the past and focus on the present. Much of his pain now is caused entirely by circumstances outside of my control — whether biology or simply being a teenager — and it would invalidate his experience to suggest otherwise.

Before I sat down to write this, I asked my son how much he was comfortable with me sharing. It is, after all, his life and his pain. We talked about how openness about mental illness is the only way that we can erase the stigma of mental illness, but we also talked about how it is not his job to fight that fight. Although I decided to write this anonymously, he told me that he will be open about his struggles in his own life. He isn't ashamed, and neither am I.

There is nothing to be ashamed about by admitting that you need help. It's courageous and strong, and I'm proud as hell that he agreed to come to the hospital with me and talk openly about his pain. I'm in awe of the bravery he has displayed by actively seeking and accepting help, and by committing himself to his own healing. He has done as a teenager what took me 30-plus years to achieve. I am deeply, desperately proud, and I am deeply, desperately terrified.

His therapist told him yesterday that depression is something he will carry around with him forever. Through time, he will learn to stop hating it, shaming it, and even trying to kill it. Eventually, he will accept it, and it will become a part of his life, and its presence won't seem so terrifying anymore.

I don't know if he was right. I don't know what my son's future holds. But I do know that my son is stronger today than he was yesterday because he was willing to look me and a team of mental health professionals in the eye and say he needed help. And to tell his friends and his family that depression and even suicidal thoughts are something he carries with him, that he is in pain and sometimes even in crisis, and that he is ready to sit with that pain and that truth and finally begin to process them instead of deny them.

If you like this article, please share it! Your clicks keep us alive!
Tags
psychiatric hospital
Depression
child depression