Do NOT Photoshop My Child 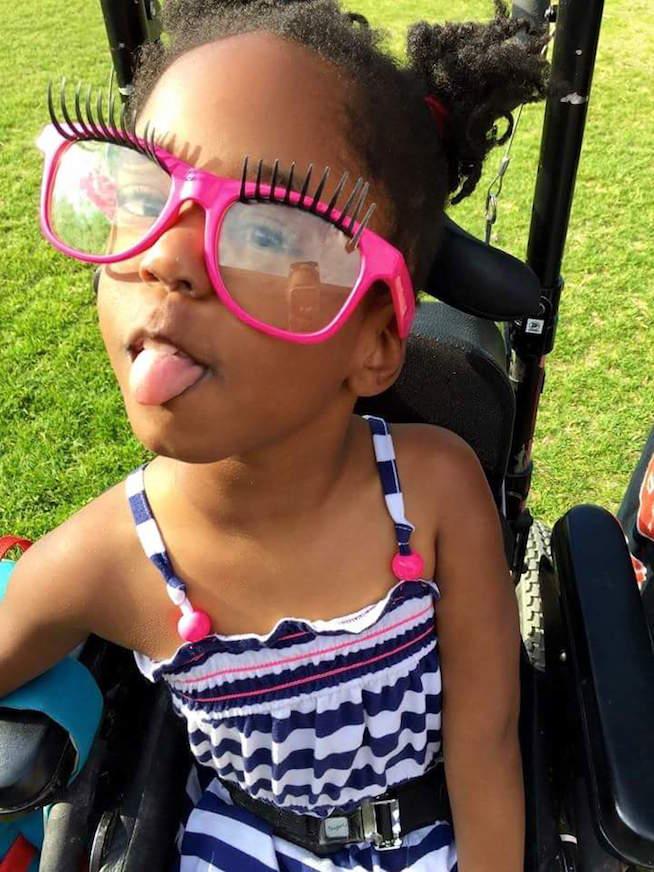 A: No one is perfect, B: Perceived perfection is a LIE, and C: THEY’RE CHILDREN FOR FUCK SAKE!”. When does THAT happen?

Is it just me, or is there something inherently WRONG about a company offering to PHOTOSHOP your child’s school pictures?

How in the holy hell did anyone ever think that it was okay to include the option of a “photo retouch” on an ELEMENTARY SCHOOL picture packet? As if our kids aren’t bombarded with enough messages of “You’re not good enough/smart enough/skinny enough/big enough/pretty enough/fast enough/ENOUGH enough”, we then feel the need to say “Hey, you know what? Your teeth aren’t white enough either!”?

Are you kidding me? When does the voice of reason come in? When does someone speak up in these meeting when they decide how they’re going to market to kids and families? When does a mom or dad or grandparent say “Hey guys, hey. Maybe we shouldn’t be telling these kids we can airbrush their “problems” away. Especially since A: No one is perfect, B: Perceived perfection is a LIE, and C: THEY’RE CHILDREN FOR FUCK SAKE!”. When does THAT happen?

My daughter has special needs, and often times her school picture is her in her wheelchair. Are they going to offer to “retouch” the picture to airbrush out the wheelchair? Her left arm is turned backward at the wrist, so often her hand is not facing the correct way. Will they cut the picture off at the chest so you can’t see her hand (that mind you, she works crazy hard every week in Occupational Therapy, just to keep functioning)?

WHAT ABOUT THE KIDS THAT HAVE RECENTLY LOST TEETH?

Well now, if they can add teeth back into photos I’m going back and retaking every damn one of my school pictures — from kindergarten to senior year, because hell, I have a gap to close!

No. I’m kidding. Obviously I’m not going to do that. As much as I hated my gap growing up, I have grown to accept it as a part of who I am. It is a part of me that people resonate with, and know me for, and love. It makes my smile. I would never “retouch” it out of a picture. Just like I would never opt to tell my kid, your kid, or any OTHER kid that they have the option to “retouch” something in their school pictures. This is the period in their life when all they need to worry about is shoebox science diagrams, who they’re sitting with at lunch, and whether or not they returned their library books. Not the zit that shows up in a picture, or the color of their teeth. And before anyone starts hollering at me about how hard it is to be a kid nowadays because of the media and social media and blah blah blah — IT’S ALWAYS BEEN HARD TO BE A KID.

I’m a kid of the 80’s who was in junior high in the 90’s. IT. SUCKED. It sucked then. It sucks now. It will always fucking suck. I was awkward as fuck. I had giant “Where’s Waldo” glasses, a grown out (read: dry and frizzy) jheri curl, lips that I hadn’t grown into yet, and a fairly large gap between my two front teeth. I was also fairly long and thin. I hadn’t grown into a damn thing my body was putting out. I was teased relentlessly and came home crying more than anyone should ever have to.

But I had a mom who poured love into me. I didn’t believe her at the time because: ADOLESCENCE, but she poured it into me non stop, telling me all the cliche’ mom things: beauty is only skin deep, what matters is what’s on the inside, and yadda yadda yadda. But here’s my point — she didn’t rely on anyone else to feed my soul but her, and she certainly refused to let me hide away from the world.

We shouldn’t offer our kids the opportunity to hide away either. We should be shouting at them “F THE WORLD!! F THE HATERS! DO YOU!! YOU’RE FANTASTIC!! LET YOUR FREAK FLAG FLY!!” 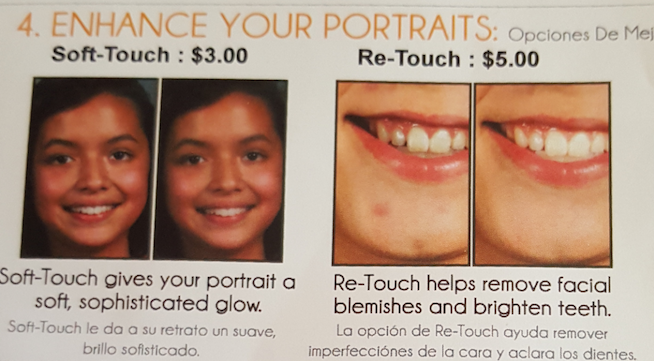 So, to Inter-State Studio Inc, thanks but no thanks. I won’t be taking you up on your offer to “retouch” a damn thing on my child’s face, or hair, or hand, or any other damn place there maybe some ridiculous “perceived imperfection”. She is fly as hell just the way she is. And to the moms and dads who think they may want to “retouch” their kids school pics, think about the subliminal message you are sending to them. It’s a little less Billy Joel “I love you just the way you are”, and quite possibly a little more The Engine Room “A Perfect Lie (Theme song from Nip/Tuck)”.

If you like this article, please share it! Your clicks keep us alive!
Tags
photoshop
school pictures
Children