The 10 Guys You'll Date Before Meeting 'The One' 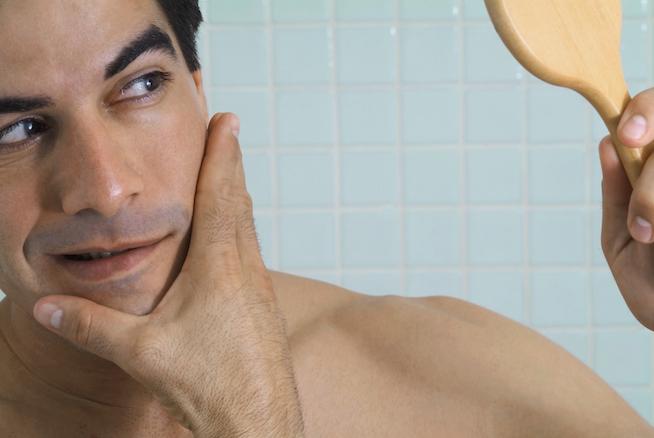 Dating can be a fun yet arduous task. But before you find your 'Mr. Right,' here are some 'of the Mr. Wrong' types you’re bound to meet along the way!

The Beautiful-But-Boring — He may have wooed you with his dashing looks and charisma, but sadly, the same can’t be said for his company. The conversation is always insufferably dull, humorless, and you just find him superficial. Yawn. Time for some Netflix and chill...by yourself. Guess you can always call on him for tips on your skincare regimen...?

The Know-It-All — No matter what you’re discussing, he ‘knows’ it all, and claims to know everybody who’s somebody (“…Naomi Campbell is a friend of mine”). He hates it when you disagree, and is quick to shoot down your opinion because his view is ‘right.’ You find his condescending attitude (and smug look) grating. I know-it-all, too. I know we aren't going to last.

The More-Into-Himself-Than-You — He spends more time checking his appearance and talking about his number-one love… himself. It’s all about his life, his issues and his feelings without even batting an eyelid at yours. In fact, you’ll be lucky if he even remembers your name! Self-obsession is such a turn-off. Date your mirror, dude.

The Infatuated — You’ve only just met and already he wants you to meet his mother! He tells you he loves you (after the third date), insists on public displays of affection, and gets overly dramatic when you can’t see him. Put on the brakes! You hardly know him. It’s flattering he feels that way, but his intensity gives you the creeps. Don't make me get a restraining order.

The Rich-But-Tight — He makes it no secret that he’s successful, and leads a very expensive lifestyle, yet he’s so cheap! Whenever you go out to extravagant places, he skirts around paying the bill and prefers it when you ‘go dutch.’ Whatever happened to good old-fashioned chivalry? No? Oh I get it, you're a feminist.

The Fitness Freak — He is obsessed with training and spends more time at the gym than at home. He lectures you about your own hedonistic diet, and loves to comment about your own physique (“squats can lift your butt.”). Romantic meal full of carbs? Forget it. His body is a temple, after all! So much for the chocolate cheesecake then. This is definitely not going to work out. Paleo-NO.

The Player — His shady behavior raises suspicions, and he never seems to elaborate on what he’s been doing. His phone constantly bleeps which he deliberately ignores (“must be the mother again…”) before switching it off, and he blocks you from his Facebook or any of his other social media profiles. Mama didn’t raise no fool! Take your shady behavior elsewhere.

The Eternal Rapper — Being young at heart is one thing, but dressing like a rapper half his age is an epic FAIL. He may wish to relive his youth again, but you just think the unnecessary bling, oversized pants, and elaborate sneakers looks ridiculous… on a 43-year-old. Get some khakis, homie.

The Boho/Drifter — He lives for the moment and never makes solid long-term plans. He’s not really committed to anything and drifts in and out of employment, because he hasn’t found his ‘true calling’ yet. He prefers to live a nomadic lifestyle and will often disappear off the radar to pursue something creative. If he doesn’t know what he wants in life now, you’ll never know either! Drift on, sir. The real world will be here waiting when you're done.

If you like this article, please share it! Your clicks keep us alive!
Tags
dating
marriage
types