Nothing Is Worth My Happiness — I Quit! 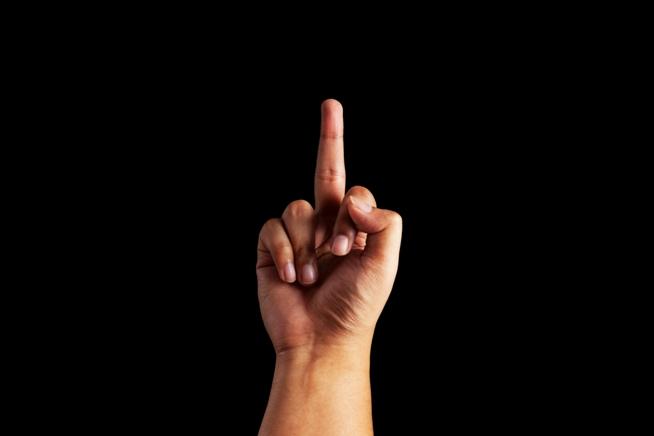 Sure, the appropriate thing to do would have been to put in my two weeks' notice. But even the idea of being in that environment for that much longer sounded like complete torture.

Leaving a job that I was unhappy with was one of the most liberating experiences of my life.

It’s a phrase that's thrown around pretty regularly between friends, family members, and even complete strangers discussing their unpleasant careers at the bar. Many of us are actively seeking happiness in a 9-5, but few of us can afford to change such a big aspect of our lives. I couldn’t really, either... but I did anyway.

In 2014 I started working for a startup, which, by early spring, was starting to tank. I saw the early warning signs and decided that it was time to find something more stable. Fast.

I spent most of my lunch hours and early evenings applying for roles. I finally found something that seemed promising — a cosmetics company that was seeking a new social media manager. I had handled social media for a few companies in the past, and was desperately looking to get back into the beauty world on a more corporate level.

I applied. A phone screening led to an interview, and an interview led to a full-time position.

I started in late May, feeling like my career was finally on the right track. I was determined to give this job my absolute all, but during my first week it became pretty obvious that everyone as a whole for the company was overworked — the staff of 15 was doing work designed for a staff of 30+.

On top of that, it quickly became clear that the company was awkwardly old-school.

“You’ll need to print out every single post idea that you are going to add onto social, with images for approval,” my manager told me on my first day. When I attempted to tell her about digital options like Google Drive, I was immediately shut down.

My manager was a woman who was very much set in her ways, and she didn’t exactly have the strongest grasp of social media... Yet she constantly questioned my campaign decisions, even when they became huge hits.

I spent a lot of time at the printer.

In my time there, I created contests, gave the brand a clearer voice (as much as I could, anyway), created a fashion blogger influencer program, and even had some of the most influential YouTube beauty gurus talk about our products in videos.

I improved their social following by over 50% in mere weeks. After getting praise from my coworkers, as well as my hard-to-please boss, I figured things were going as well as they could.

The final straw was hearing my manager yell about how the campaigns I was creating weren’t “good enough.” I’ve always been a huge proponent of working to constantly better myself, but given the slim resources I had access to (my own personal phone for photos, a shabby vanity light, a makeshift particle board for backdrops, and no access to a graphic designer), doing that was a challenge.

The company was hell-bent on being comparable to brands like Benefit and Sephora, but unwilling to realize that each of those companies had a full creative staff. I was not the one at fault here!

That was when I knew it was time to go. I had put up with my boss's bullshit for long enough: She publicly humiliated people (she once went on about how “r*tarded” a former graphic designer was in front of the entire company) and she got into arguments with other employees constantly.

Sure, the appropriate thing to do would have been to put in my two weeks' notice. But even the idea of being in that environment for that much longer sounded like complete torture.

I had enough money to cover my expenses for about three weeks. I would have flipped burgers at that point — anything was better than being constantly berated and working in such an unstable environment. They wanted Dom Perignon on a PBR budget, and I was not in the position to tell them how to run their backwards business.

So I packed up what few things I had on my desk the day before leaving. I said goodbye casually, knowing damn well that I would not be coming back.

I woke up early on Wednesday morning and crafted the perfect resignation letter, telling them that I would send my office keys immediately. The minute I clicked send, I instantly felt an air of happiness overcome me. I went to FedEx and overnighted the keys to the office. Then I treated myself to boba tea.

By Friday I had a fantastic new job working for Uber, which allowed me to telecommute full-time. Being unemployed for less than 48 hours has to be some sort of record!

Leaving a job that I was unhappy with was one of the most liberating experiences of my life; and as a result of leaving, I have moved on to gigs with some very impressive corporations. Looking back, I realize that no amount of money is worth feeling so miserable.

I’m not saying go tell your boss to suck it right now, but I am saying that life is far too short to spend 40+ hours a week doing something that kills your spirit.

If you like this article, please share it! Your clicks keep us alive!
Tags
quitting your job
quitting