Flipping The Script Was My Sexual Assault Survival Tactic 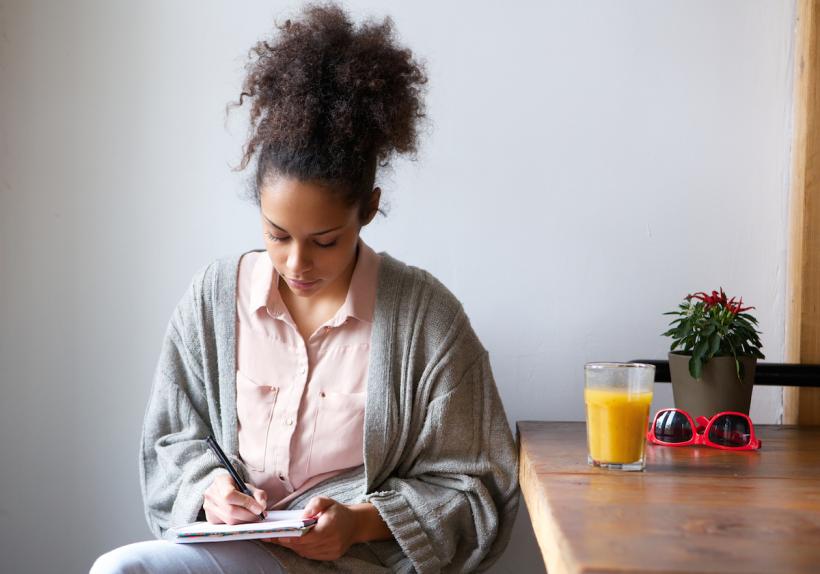 Trying to place yourself back in a position of power after an assault is an acceptable reaction — one that is likely more common than we suspect. Image: Thinkstock.

I tried to change the script in my head to say that  I was in charge.

Growing up, my idea of sexual assault involved terrible images of women being forced down by strange men, violently raped, told they should never tell anyone what happened, and then left for dead.

Usually, these women had been running through a park at night or walking toward their car in a dimly-lit garage. They were terrified, and pretty much always said “no” prior to or during the attack.

Basically, I believed all the sexual assault myths you see portrayed most frequently on television and in movies.

It wasn’t until many years later that I realized that sexual assault has about as many faces as its survivors.

The first time I was assaulted, it was by a guy I kind of liked. A guy who, in retrospect, had already raped someone else right in front of me.

His name was Pablo; he was the drummer for a friend’s band. When I was 18, around when we first met, there was a party that we and our mutual friend Nancy* both attended. Nancy had a big crush on Pablo and, although she was only 15 (he was 21 at the time), he took full advantage of the situation.

It was textbook statutory rape, but back then we all just saw it as the hot, older guy actually paying attention to one of us.

A few years later, I went to see the same band play at a local pub. I’d started drinking early that afternoon, and when I met up with Pablo, he kept getting me more drinks at the bar. Then I lost consciousness. When I came to, I was in the front seat of a car with my top off, the taste of vomit fresh in my mouth. Pablo was trying to get my halter top back on and failing miserably.

“What happened?” I asked groggily.

“You don’t remember?” he asked.

I hadn’t known how to say no to him, especially after what had happened. So I tried to change the script in my head….

He told me we’d just had sex, but it seemed strange that I wouldn’t remember such an intimate act. I leaned out the car door and threw up again. The world was spinning.

I felt embarrassed to go back inside and see my friends. All I could think was, What have I done? As though his taking advantage of a highly intoxicated woman was somehow my fault.

I felt like I needed to do something to own my part in the situation.

So instead of running away from the man that had technically just raped me, I asked him to drive me home, and when he asked if he could come inside, I let him. We had sex, and this time I was conscious, though still fairly intoxicated.

I hadn’t known how to say no to him, especially after what had happened.

So I tried to change the script in my head to say that I was in charge. That I had wanted all of this.

That it didn’t matter that I couldn’t remember what had happened in the car just hours before, because he was hot and I probably would’ve enjoyed it if I could only remember.

But the next morning, my attempts to fool myself had become futile.

The fact is, I felt incredibly sick. I felt violated.

And most of all, I felt utterly confused as to why I still allowed him inside my house after everything that had happened.

Why would anyone intentionally sleep with their rapist? It didn’t make sense.

It was only years later that I realized that reactions like these are more common than many realize, and often are due to the fact that no one wants to believe that they themselves were raped.

Worse still was that all my friends who’d seen me leave with him told me they were disappointed I’d sleep with “a guy like that.” They made me feel more shame about the situation. Even when I told them I didn’t remember, all I heard was, “Well, you shouldn’t drink so much.”

Never once did any of them ever say, “This man raped you.” So I buried the truth deep inside me, too scared to even admit it to myself.

It was only years later that I realized that reactions like these are more common than many realize, and often are due to the fact that no one wants to believe that they have been raped.

Years later, I experienced a different kind of assault. This one wasn’t someone I knew, or someone I’d had any attraction to. It was a cab driver who was taking me to a friend’s apartment after a concert. I’d actually sat in the passenger seat rather than in the back because it was a van and I’d thought to myself that if this man just so happened to try to assault me, it would be easier to run out in the front seat.

It turned out to be a self-fulfilling prophecy.

I’d told the driver where to go, but he wound up stopping on the side of my friend’s building, rather than out front, and parked the car. I thanked the cab driver for everything and was about to walk out when he leaned over and kissed me. I instantly froze.

I couldn’t move, but in my head, I was screaming. Finally, something snapped in me and I was able to grab my bag and run out of the cab.

He called out for me to come back, and I cursed at him.

But then something that still bewilders me to this day happened, a detail I often leave out for fear of being told that I wasn’t assaulted, that I’d asked for it, that there is something wrong with me.

And suddenly, I felt like I’d been punched in the gut because I remembered that the cab drive alone had cost me well over $60 (more than likely because he’d overcharged me by driving in circles for a while) and that my bank account was dwindling.

It didn’t matter, because I was now placing myself in charge of the situation again. I flipped the script again, toying with the idea that I had “sold” my body rather than having had it violated against my will.

But within another 30 seconds, I realized that wasn’t at all what I wanted. I shouted at him to leave and he did. Then I curled into a ball on the ground next to my friend’s car and cried and cried.

The fact is, there is no standard form of rape, no one way to be assaulted.

With every word I type, I can feel my heart beating just a bit faster, anxious that anyone reading this will want to tell me that I am not a “true” survivor of sexual assault simply because my survival tactic has been to try to alter the situation so that I can regain some control.

But that’s exactly why I write this: The fact is, there is no standard form of rape, no one way to be assaulted.

All of our experiences are different, and they are difficult and painful and real and ours. No one can take that from us.

Trying to place yourself back in a position of power after an assault is an acceptable reaction — one that is likely more common than we suspect, because it's a narrative less likely to be aired.

It’s time we started talking about it.

If you like this article, please share it! Your clicks keep us alive!
Tags
Rape
survivor
Sexual Assault
flip the script
coping mechanism