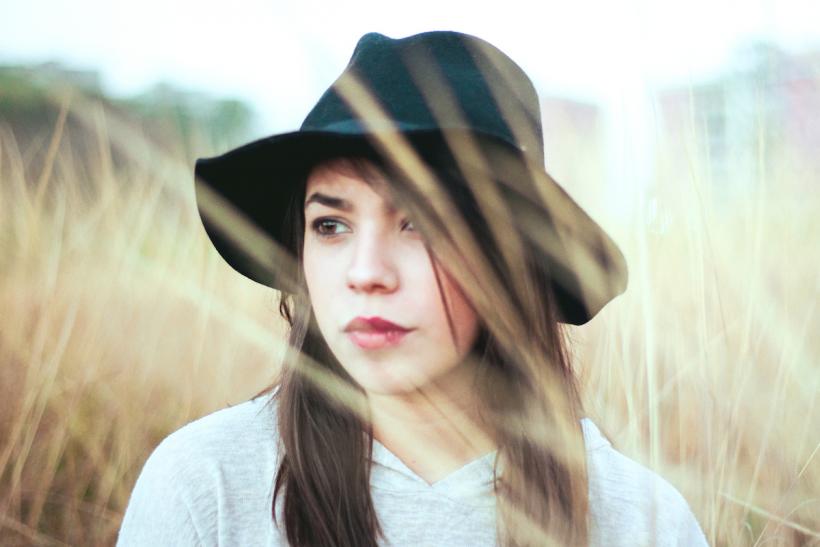 As a queer Latina, this news hit me on multiple fronts. Image: Ana Larazzy/Pexels.

I’m not straight, but I often feel like a queer outsider.

I’ve come out quietly a number of times in my life.

The first time, I was in middle school and told a few friends. News spread like wildfire and I was suddenly even more of a social outcast than I was before.

The second time, I was on a theme park road trip to Orlando, where the recent and incredibly tragic Pulse nightclub shooting occurred.

It was me, my cousins, and two of their friends — the first openly gay men I’d ever met.

They were older, in their twenties, whereas I was just starting my teen years. We had to leave the theme park early due to rain; as my cousins both fell asleep, I wrote a small note to one of the guys telling them I was bisexual.

They smiled and said it was perfectly fine to be bi, and to reach out if I ever wanted to talk. They told me I should come with them to Gay Disney sometime.

I inadvertently came out to my mom when I was 15 after she found a note from a (girl) friend confessing her crush on me. I was told I was confused, I was forbidden to speak to my friend — and then I was accused of being possessed by the devil.

I’ve come out a number of times to other people since then with considerably better results.

But the thing about coming out when you’re still mostly dating men is that it feels like everyone still sees you as straight.

Worse, I feel like I've spent most of my life playing along because it just seemed easier.

But I’ve never really been straight. When I was hoping that the pretty girl with the sweet smile and sunny disposition from my 6th grade P.E. class would someday notice me, I wasn’t straight.

When I got butterflies every time I kissed my first (and only) girlfriend at a punk show, I wasn’t straight.

When my friend’s gay roommates introduced me to the world of drag kings, I wasn’t straight.

When I moved in with a lesbian couple and went to a gay bar in the hopes of meeting a girl, I wasn’t straight.

And when I decided to marry a cis/het man and have a baby, I still wasn’t straight.

I never wanted to pretend I was heterosexual. People just assumed it.

And yet, though I know this assumption is unfounded and that I'm no less queer because of my current relationship or others’ projections, I still feel defensive of my LGBTQ identity.

I am adamant about calling people out who make jokes at the expense of gay folk, or who make homophobic or transphobic statements or use hurtful slurs. But I wish this didn't sometimes feel like the extent of my involvement with the LGBTQ community.

I’ve never been to a pride event. I’ve never worn a pride shirt or put a rainbow bumper sticker on my car. Before marriage equality was the law of the land, I didn’t call my representatives to let them know that it was wrong that same-sex couples couldn’t marry. I’ve been to a few gay nights at a local bar, but I’ve never gone to a club that catered specifically to LGBTQ persons 24/7. I’ve never been to Aqua Girl or White Party or Gay Days (all huge LGBTQ events here in Florida, events that I’m sure many of the folks who were at Pulse last Saturday night also attended).

I’m not straight, but I often feel like a queer outsider.

Why did this man feel such hatred towards us? Why was he able to legally obtain the weapons he used to strike fear and shoot down so many people — people who have already faced so much oppression in their lives already?

And I know I’m not the only one.

Just a few days prior to the shooting, a fellow queer mama who is also married to a man came out on Facebook to let the world know that just because she is with a man doesn’t make her any less queer.

More recently, I posted on Twitter about this need to embrace my queer identity, and had a few friends comment how they, too, are trying to navigate being on the fringe of gay and straight.

Everything is difficult right now. Fifty people — some as young as 20 years old — have died senselessly and much too soon.

And while I have mourned the lost lives of those in other tragic gun deaths around the country, this one hits especially close to home. My husband lived in Orlando for years and I spent some time there as well, though I lived in Sanford (the location of another senseless gun-related murder, that of Trayvon Martin).

I have friends who live up there, whom I had to check in with as soon as I heard the news. I have gay and lesbian friends who frequently spend weekends hanging out in Orlando as well.

And that’s not even considering the fact that these were not only fellow LGBTQIA persons, but also fellow queer persons of color. As a queer Latina, this news hit me on multiple fronts.

Why did this man feel such hatred towards us? Why was he able to legally obtain the weapons he used to strike fear and shoot down so many people — people who have already faced so much oppression in their lives already?

Why is it that I know this isn’t the last time I’ll hear about the murder of an innocent queer or trans or Latinx person?

And why are there currently politicians trying to use these violent deaths to prop up their own bogus agendas when they couldn’t care less about or understand what it’s like to be Latinx and queer in this era of conservative malarkey?

The only thing I feel like I can do now is do my best not only to be a better ally to all, but to embrace who I am and show others that hate won’t force me into hiding.

I recognize that everyone’s situation is different, and by no means do I mean everyone needs to come out and right away.

But I know that for me when I was growing up, it felt like a small victory every single time I read about someone coming out. I’d internally cheer them on, excited for their ability to love freely — the way we should all be allowed to love.

The least I can do is to try to be that person for someone else.