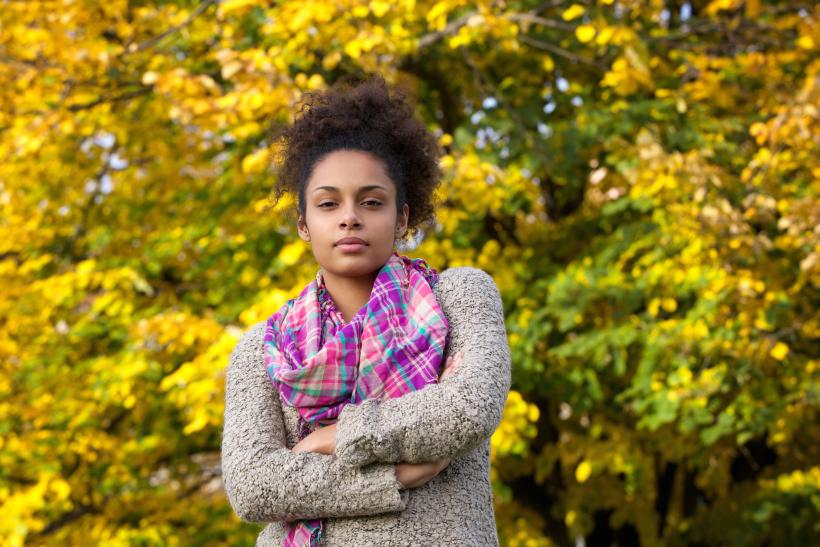 I don’t regret a thing. I feel no guilt, because I know what I did was the right thing to do. Image: Thinkstock.

When I found myself facing an unwanted pregnancy, and after having spent the good part of two years pregnant, I knew right away that I would have an abortion.

Our first child was born prematurely and died within hours of her birth, while my second pregnancy was wrought with complications. Even after my son was born, he spent two months in the NICU — two months in which I rarely left his side, despite recovering from severe birth injuries.

Pregnancy and childbirth do not come easy for me.

One might think that because I openly grieve the loss of a baby who was just 22 weeks in the womb, that I might be anti-choice — but nothing could be further from the truth.

Even before facing all these difficult moments, I'd always believed in a pregnant person's right to choose.

My pregnancies and my loss only solidified my belief that pregnancy is an incredibly personal thing — and that it is certainly not for everyone. Reproductive rights are a vital part of maintaining a healthy and fair society.

A recent Supreme Court ruling overturned TRAP laws (targeted regulation of abortion providers), much to the dismay of the GOP, but that doesn’t mean reproductive rights are out of hot water. Considering the political climate and the possibility of a Trump presidency, it’s now more important than ever to continue the fight for reproductive justice and to be outspoken about our experiences.

Although termination seemed scary to me at first, my abortion itself was wholly uneventful.

The clinic was clean and modern, and the outside was practically devoid of protesters. The staff were incredibly kind and understanding.

The procedure itself took only a few minutes, and the medication I was given eased my anxiety and made it so that I didn’t feel a thing. Unlike my two previous birth experiences, it was not at all traumatic, and now, more than a year later, I don’t regret it at all.

That being said, there are several aspects of my abortion experience that I do regret:

1. I regret being unable to discuss it as openly as I’d like.

While many of my close friends know I am pro-choice, the stigma of abortion made me feel like I couldn’t actually discuss my abortion with anyone. One of the first places I disclosed my decision to abort was to an online group of close friends, all of whom have also lost babies.

I was terrified of bringing this up to them, because I know their pain and how difficult it is to understand why anyone, after losing a baby, would want to terminate the possibility of another child.

Sadly, one friend took it to heart so much she stopped talking to me, full stop.

Though she did not say anything hurtful or hateful toward me, it was enough to keep me quiet for some time. I spent the entire time before the procedure — and some time after it — in silence, worried to lose another friend (or worse).

Fortunately, I’ve found that everyone else with whom I’ve shared my experience has actually been incredibly kind and understanding, and many have also thanked me for having the courage to share my story. This is also the first time I’m writing about my experience, and hope that it encourages others to break their silence and shatter the stigma as well.

2. I regret that my insurance company wouldn’t pay for any part of my abortion.

I know that at a time when clinics are closing down at alarming rates, I am lucky to have several clinics serving my area.

That said, the closest clinic I could afford, combined with the abortion fund I was able to obtain, was located two counties away. A clinic staff member informed me that in her native New York, patients are able to have their insurance plan cover their abortions.

However, in my state of residence, Florida (as in 24 other states), insurance plans do not have to cover abortion at all — an additional hurdle to maintaining control of one's reproductive health. This often prevents folks from obtaining basic preventative care, like pap smears and STD tests.

Furthermore, access to gynecological care has been at the forefront of attacks by those who oppose abortion the most, like in my state of Florida, where a law had passed cutting funding from any woman's health clinic that also happens to provide abortions. Fortunately, federal judges stepped in to block these anti-choice laws right before they went into effect.

3. I regret that those who have abortions are regularly shamed for their choice.

Years before my abortion, I volunteered as a clinic defender and witnessed firsthand anti-choice protesters hurling insults at the already-distressed women entering the clinic. Many of the protesters held up signs and pictures, forcing abortion-seekers to look at grotesque images meant to scare them away from the procedure.

Why did these people feel such a strong need to shame abortion-seekers? As a vocally pro-choice woman on the internet, I have had all kinds of strangers try to shame me for stating my stance that all persons should be allowed to choose when and if they want to bear children.

I regret that it’s been more than 40 years since Roe V. Wade and people are still being shamed for their decision to terminate.

4. I regret being terrified of the actual procedure.

I spent days researching all I could about abortions, about the clinic, and about others' abortion experiences. I even watched the pro-choice movie Obvious Child because I needed something to relate to, something to ease my fears about how painful or traumatic the procedure (and aftermath) might be.

Fortunately, it was none of those things. After I’d told one clinic staff member about all I’d gone through in the past, she said, “This should be a piece of cake for you, then.”

And you know what? She was right.

Between signing forms, having the (state-mandated) ultrasound, and my pre-abortion consultation, my nerves were shot. But when I finally went in for the procedure, I was given a shot of Fentanyl while my nurse held my hand, and I was out.

“It’s over?” I asked my nurse, my mind in a daze. She nodded and helped me get dressed, took me to the recovery room, and I was home by the afternoon. Even if I hadn’t been through everything I’d been through, it still really was a piece of cake.

It’s okay to be scared, but in the end, we are all OK.

5. And finally, I regret assuming that I might regret it.

I spent a lot of time worrying that I would feel some tinge of regret after my procedure. That I might end up changing my mind at the clinic, or right after, or maybe a week or a month or a year later.

That I’d feel some sense of guilt, or feel some kind of disappointment because I’d ended the possibility of having another child at that moment.

But really, I don’t regret a thing. I feel no guilt, because I know what I did was the right thing to do.

I’m not disappointed, because I know that abortion with a medical professional is a safe procedure and does not really affect your chances of becoming pregnant later.

We often regret our decisions due to outside influence, like shame and stigma and religious guilt.

But in the end, it’s important to own our decisions like we own our bodies.

No shame, no guilt, no regrets.