That Time I Had A Secret Obsession With Livejournal 'Thinspiration' 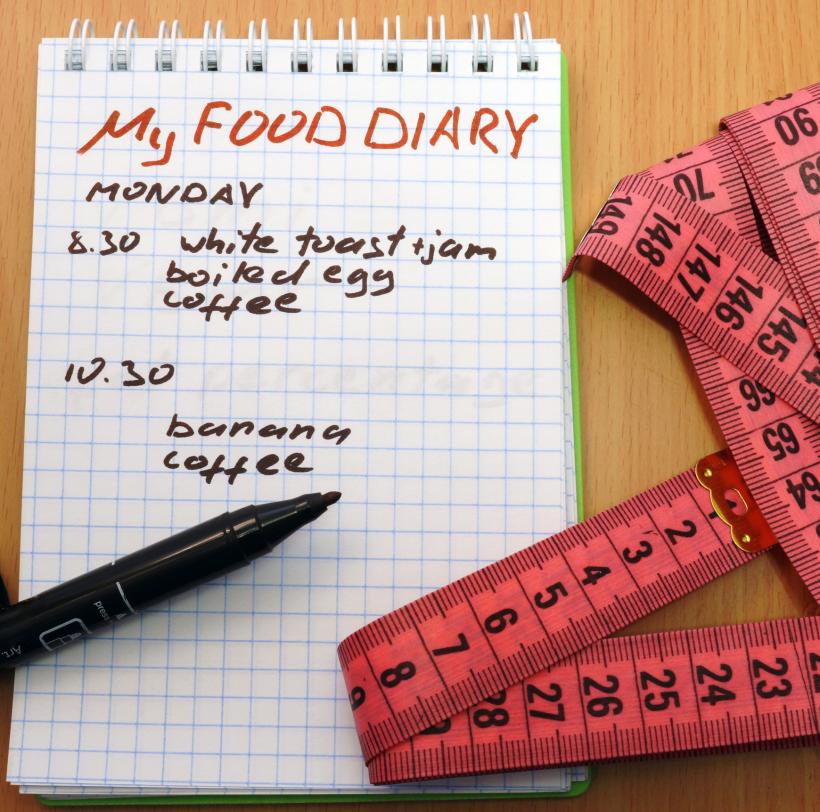 If you were a teenager in the late '90s or early 2000s, chances are you know about Livejournal. For those who weren’t around, Livejournal was the social network of choice during the early aughts. Facebook was not yet a thing, MySpace was just on the horizon, and the short-lived Friendster was still just a blip on the radar. Livejournal was the place where you went to bare your soul to all your other sophomore friends. It was where you made plans for the weekend, where you ranted about what went down in English class that day, and where you waxed poetic about every single one of your crushes and heartbreaks. And for some, it was also a place to find support, though not always in the healthiest of ways.

Livejournal had some great communities. VaginaPagina, for example, was an excellent resource for young folks to go ask questions and obtain info about all matters of the vagina and reproduction (including how to prevent it). But there were (and still are) communities that were not so helpful, and actually exacerbated the eating disorders of young users.

These communities were often called “thinspo” communities, and for the uninitiated, thinspo is exactly what it sounds like: “inspiration” to get thin.

These days, we have #fitspo hashtags on Instagram, fitspiration Pinterest boards, and a frequent barrage of propaganda from folks selling you the “fit and trim” lifestyle via shakes, pills, teas, and fitness groups. And while there’s nothing inherently wrong with anyone wanting to make healthier eating choices and get active, there is something wrong with extreme approaches. And Livejournal’s thinspo-loving communities were certainly extreme.

I’ve frequently struggled with my body image. As a teenager, I hated my belly pudge (not realizing how minimal it was in comparison to what was to come in later years as time, beer, pizza, and babies got worked into the equation). I wanted to be one of the “skinny” girls I saw walking in the halls at school. I wanted to look like my friend Melinda*, whose gaunt face and slender limbs would later prove to be the result of anorexia, bulimia, and a cocaine habit. While I understood back then that eating disorders were just that — disorders — I still wanted to achieve peak waif status at any cost. But I didn’t know how to go about it, so like any teenager in those days, I took to good ol' LJ.

What many (including myself at the time) didn’t get was how damaging the community was for reinforcing the ideas that thin = beautiful. Or that they didn’t deserve to eat that day because they hadn’t burned enough calories the day before. Or that no weight goal would ever be enough.

I created a fake account for myself because I didn’t want my friends to know that I was joining these communities. And then I started getting hooked on them. I loved looking at the photos girls (because it was mainly girls) would post of their hip bones and clavicles and complete lack of curves. Some of these girls were still within healthy ranges of body fat.

But then there were others, the ones whose bodies were starving to the point that it sometimes hurt to look at them. These girls would brag about only drinking water and lemon juice and maybe eating a bit of toast or an orange for the entire day. They would complain about their families trying to force them into eating full meals. They would post photos of others who were more shockingly thin than they were. And within quiet bedrooms across America, we would all count our calories, do crunches, and cry when we didn’t meet our goals for the day.

I remember posting my stats for the day every night: what I ate and how much of it, how much water I drank, how much exercise I did. And eventually, someone in one of the communities mentioned that maybe we should also add a “self-care” section to our stats. That we should all do one nice and positive thing for ourselves (whether it be a face mask or a massage or reading a book or going out with friends and having fun).

These girls didn’t want to hurt themselves or hurt the others in the community. I’m pretty sure everyone there genuinely wanted to be happy, and to support one another because they felt like no one understood them. There was no snarkiness, no hating on anyone for looking too fat or too thin or too anything. No passive aggressive remarks. Certainly, no trolling. And maybe that’s why so many users would stick to it for so long.

What many (including myself at the time) didn’t get was how damaging the community was for reinforcing the ideas that thin = beautiful. Or that they didn’t deserve to eat that day because they hadn’t burned enough calories the day before. Or that no weight goal would ever be enough. I went way too many days eating little more than salad and fruit, or just a handful of crackers, and filling myself to the brim with water. Some of those days felt like great achievements, as though I’d finally “beaten” that thing called hunger. But eventually, I would crack. I would start to feel too run down, and I’d give in to a slice of pizza, only to feel terrible about it afterward.

I didn’t live in the thinspo communities. Rather, I was a tourist. While my disordered eating was real, it was never terribly damaging because I would usually give it up after a few weeks, once I lost 5 lbs or so. I’d go back to eating in other disordered ways: binging on junk food, and eventually, binging on alcohol, too.

I would watch these other girls from afar, though. Watch them lose weight and gain weight and lose it again. And I feel awful that I know part of me helped perpetuate their eating disorders.

There was a motto among the thinspo community: “Nothing tastes as good as thin feels.” Even reading it now, I can feel some small part of my old self wondering if I could ever have that kind of discipline. But the thing is, I don’t want to, and I don’t think I ever really did. Some part of me might always struggle with what I look like, but that doesn’t mean I don’t love myself. I’ve learned to accept and love my body and who I am with time. Lots and lots of time. And if I could go back to those communities, that’s what I would tell these girls. That the answer to their feelings of imperfection won’t ever come from a scale, or from the size 0 rack. It will only come with time, with patience for themselves, and eventually with the knowledge that nothing feels as good as accepting and loving your body, whether you’re a size 3 or a size 3X.

If you like this article, please share it! Your clicks keep us alive!
Tags
Livejournal
thinspo
Thinspiration
disordered eating
eating disorder