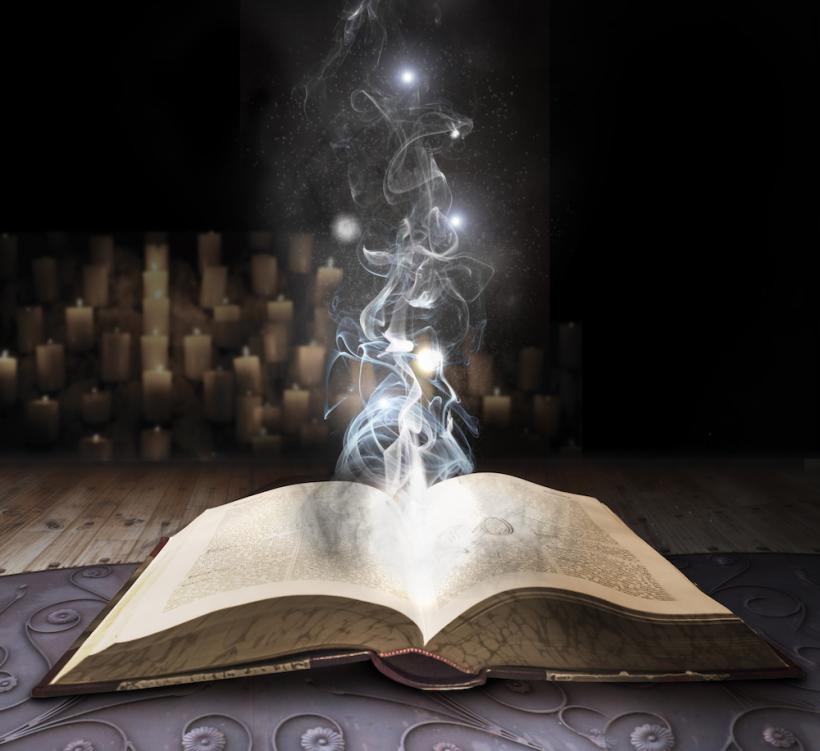 So, like, am I a fan now, everyone? Image: Thinkstock.

Boyfriend husband (I got married during this whole thing!) was out with some college friends, and I was home alone on a Saturday.

I get to wear ugly-but-comfy pants, eat whatever I want without worrying about anyone side-eyeing me, and watch garbage TV (real talk, can we all just admit we watch Ghost Adventures when no one else is home? How else could it have been on for so many seasons?).

Alas, there was no garbage TV on that night. So, I figured I could kill some time by reaching my Potter quota (10 pages) for the night.

I reached it in about 10 minutes.

Well, it’s not like I have anything else to do, I thought. Might as well keep reading.

The neighbors turned their lights off. My dog fell sound asleep.

I’ve already got my first piece of merch; I got a Hagrid for finishing. 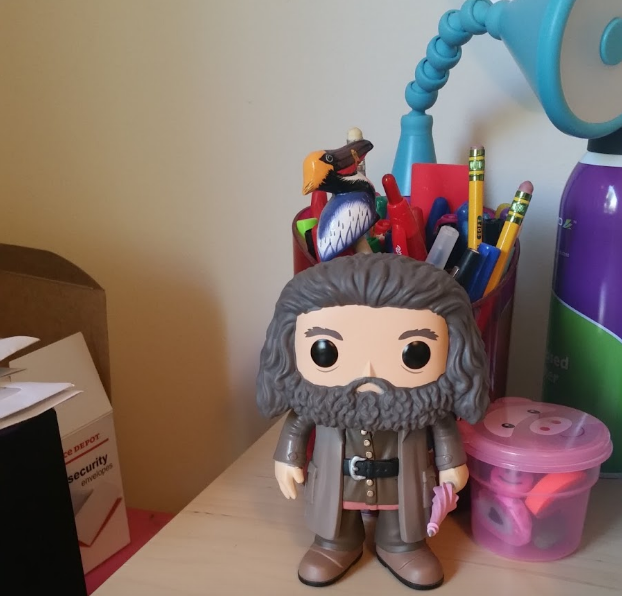 (Also because it was supposed to be for my birthday, but I spotted it in the back of Daniel’s car and there was no point in him hiding it from me anymore.)

That very night, when boyfriend husband came home, I started rattling off all the plot holes I found: “And what happened to Tonks' and Lupin’s baby? You can’t just bring a baby into a story about a civil war and then not ever mention it again. That’s so mean. I need to know.”

And then, at the very same time, we both gasped. Loudly.

I opened my mouth to speak.

“WAIT. No. On the count of three let’s say what we’re thinking. ONETWOTHREE —”

“THE CURSED CHILD IS TONKS' AND LUPIN’S BABY!”

I’m also (sort of) able to competently tell the story.

To prove it, I made a little video for your viewing pleasure.

I got together with my friend, Tom — previously mentioned because he, a fan from childhood, has been revisiting the books in audio form recently. We sat at his dining room table and attempted to retell the entire saga.

I still have one more installment after this, where I will attempt to corral all my emotions surrounding this stunt-turned-actually-very-meaningful-piece-of-my-life.

See you in September, Muggles.

All aboard the Hogwarts Express.

Favorite Character: Do I really have to tell you again? I’m so glad you didn’t die, Hagrid. 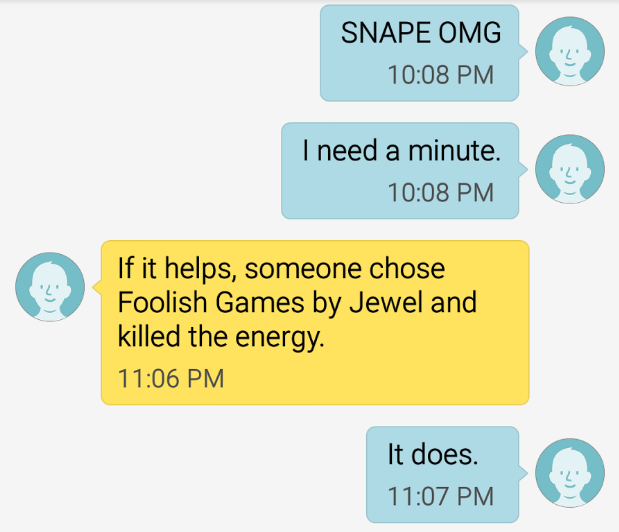 (That’s boyfriend husband. He was at a karaoke bar at the time.)

Biggest Disappointment: There’s this guy at my gym with a big “Always” tattoo on his arm and I’ve been so excited to find out what that was all about. I’ve seen references to the “Always” passage before, and I was so sure it was just going to destroy me emotionally.

Nope! The “always” moment is total nice-guy bullshit. It might seem devastatingly romantic on the surface, but think about it: The idea that someone has been pining away for you in silence, in secret, for decades would make most sane people run for the hills. That’s not sweet; that is stalker behavior.

I get that these books were written in a different time, a time before we were having so many Internet-assisted conversations about feminism, but I’m really disappointed in Rowling for perpetuating the notion that if you are a Nice Guy, you will be rewarded. Equally disappointed in all the people who swoon over Snape and continue to get “Always” tattooed in the lightning-bolt font on their inner forearms.

Quote: “He read the letter again, but could not take in any more meaning than he had done the first time, and was reduced to staring at the handwriting itself. She had made her “g”s the same way he did: He searched through the letter for every one of them, and each felt like a friendly little wave glimpsed from behind a veil. The letter was an incredible treasure, proof that Lily Potter had lived, really lived, that her warm hand had once moved across this parchment, tracking ink into these letters, these words, words about him, Harry, her son.

Impatiently brushing away the wetness in his eyes, he reread the letter, this time concentrating on the meaning. It was like listening to a half-remembered voice.”

If you like this article, please share it! Your clicks keep us alive!
Tags
Harry Potter
Books
reading
Remus Lupin
Hagrid
Harry Potter And The Cursed Child
Nymphadora Tonks
AGAWRHP