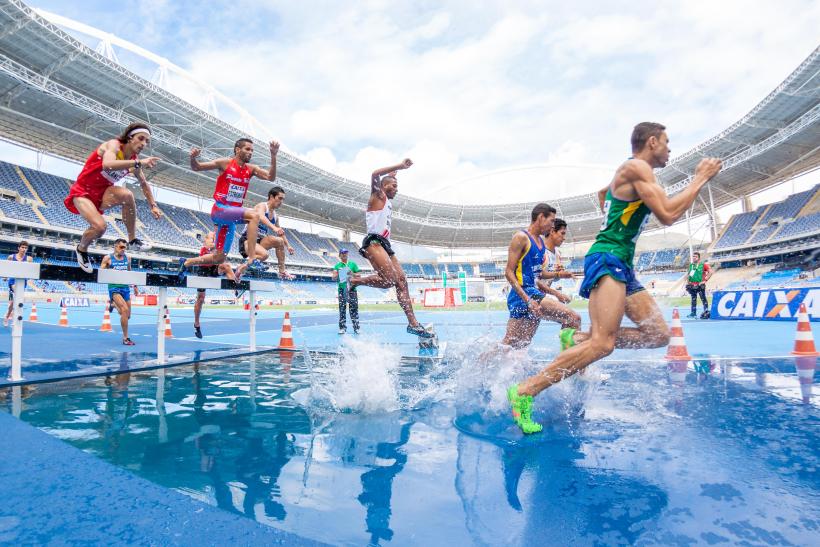 "I am one of the least sporty people you’ll ever meet, but the drama and the smile-on-your-brother pathos pull me in." Image: Unsplash, Agberto Guimaraes

There are a lot of things to hate about the Olympics.

I’ll spare you the laundry list of reasons we should all probably stop supporting it. This year alone, we’ve run into dirty water, displacement of low-income residents, poor money management, a Zika scare, and rumors of a child abuse cover-up. And those are just a few instances in the IOC’s decades-long tradition of sweeping cheating, scandal, and participating countries’ human rights violations under the rug.

I am one of the least sporty people you’ll ever meet, but the drama and the smile-on-your-brother pathos pull me in. I’m no Leslie Jones, but I get way more into it than I do any other sporting event, any other time of the year.

I even found myself watching men’s whitewater canoeing last week with an unusual amount of interest.

But the older I get, the guiltier I feel about supporting an organization that has a host of problematic practices on its record. Year after year, the Olympics come with a set of serious social justice problems.

It started, for me, with the Beijing games in 2008 — there was plenty of talk leading up to it about, among other things, China’s support of repressive countries and their suspiciously young-looking gymnasts. I was bothered, but not so much that I cut myself off entirely.

It was unfortunate, sure, but there was nothing I, a broke college student watching from a scratchy couch that still smelled like the previous owner’s dog, could do about that, I reasoned.

My first inkling that maybe I shouldn’t just shrug it off came during the furor over the Sochi Olympics. Local residents were being kicked out to make way for the stadiums and structures, the host country was outspokenly anti-LGBT, and the governing body proposed a plan to round up and exterminate stray dogs near the grounds.

One morning, a coworker asked my desk neighbor, Jenny, a friendly, how’s-your-morning-going question about whether she would be watching the Olympics.

“I’m boycotting,” Jenny declared, with an unusual amount of oomph in her tone. And I sat there behind her, mad as hell, but without having a good reason for it.

How could she ignore all of the good, the triumph, the human connection of the games?

I mean, I knew Russia had horrifically oppressive laws concerning the LGBT population... but the fact that we were all coming together for a few weeks outweighed that, right? Right?

Really, I was just afraid to admit to myself that she was right about everything. The best course of action would probably have been for me to boycott, too.

And this year, with all the scandals surrounding the Rio games (which thankfully have not been as much of a shitshow as Sochi, but are still of some concern to me), I realized that that twinge of guilt I get every four summers is because loving the Olympics only serves to make me feel good.

A friendly game of beach volleyball isn’t going to fix the fact that people of color are being shot dead by police in America, that refugees are still showing up on Europe’s shores, or that, as much as we like to make poop jokes about it here, the reality is the citizens of Rio have to live with that dirty water every day.

I like to sit on my couch (that I was able to buy with my own money), in a house (that I would have never inherited were I not the recipient of some economic privilege), and stream whatever competition is on through a $350 device. I like to watch athletes from countries that have seen bombings and war and dictators, think, Good for you; you swam really well — and then forget all about it.

The Olympics are promoted as an example of friendly competition and humankind’s goodness. I guess it follows that, if I were truly about the Olympic spirit, I’d be better about admitting to myself that the athletes come from countries that need our help and our ally-ship.

Putting the games together takes an immense amount of privilege: The host country has to have the money to make it happen, and if they don’t, they’ll find shady means to get it. Even competing in the games usually means starting from somewhere near the middle: gym fees, plane fare, coaches, and families with free time to shuttle you around don’t come cheap.

It’s not impossible, but it’s still a safe bet that a lot of kids in Brazil, where 8.9% percent of the population is below the poverty line, and elsewhere will never even consider competing, because fame and glory is just not in their financial future.

Not to mention that American coverage of it is often flippant, paternalistic, and screamingly sexist.

And loving the Olympics comes with a certain amount of privilege, too.

Ultimately, I have to conclude that the best way to support the Olympic principle of solidarity is probably to not watch the Olympics. This year’s games are seeing slipping ratings, so maybe I’m not the only one thinking that.

And yet, there are still a lot of things to love about this year’s games: We’ve got the highest number of female athletes in Olympic history, an absolutely CRUSHING (and, as I learned in the process of writing this, GOLD-MEDAL-WINNING!) women’s gymnastics team that is over 50% women of color, and a swim champ that refuses to play nice with others (don’t ever change, Lilly King).

There’s an all-refugee team drawing attention to the current immigration crisis. A beach volleyball player in a hijab. A handful of Brazilian competitors that worked their way up from the favelas — and are taking gold.

Maybe it’s just a weird time in the world to hold these games that promote unity. The issues that plague modern games have been simmering for a while now, and at this point it seems frivolous and, quite frankly, insulting to our collective intelligence to construct a highly organized image of equality for two weeks in the summer.

A friendly game of beach volleyball isn’t going to fix the fact that people of color are being shot dead by police in America, that refugees are still showing up on Europe’s shores, or that, as much as we like to make poop jokes about it here, the reality is the citizens of Rio have to live with that dirty water every day.

Or maybe it’s the best time? Maybe horror is what unites us. Maybe we need this.