Worst Feminist Ever: What Do I Do When An Old Guy Calls Me 'Sweetie'? 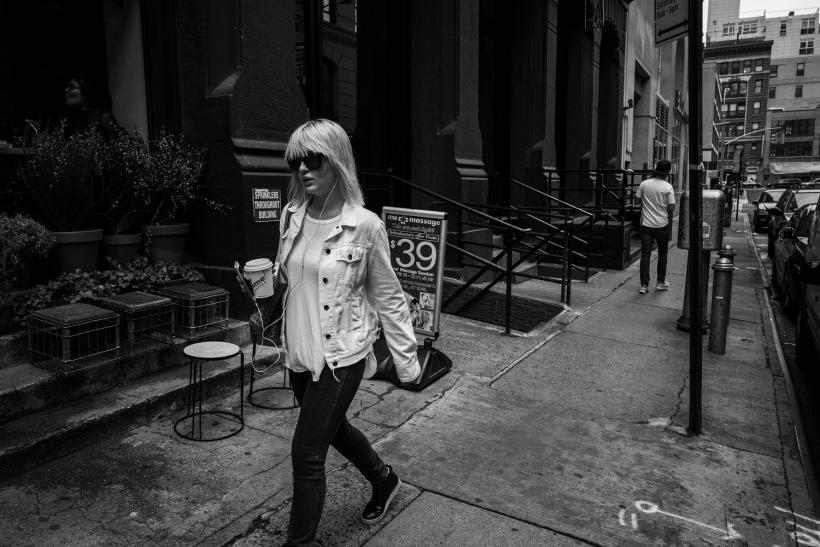 “How are you?” he said as I passed him. And that’s when I started to panic a bit. Image: Christian Koch/Unsplash.

Welcome to Worst Feminist Ever, a new, ongoing column where Jody Amable examines all the times she could have been a perfect feminist, but wasn’t. Because who among us is a perfect feminist? Let’s talk about all the blatantly sexist songs, actors with questionable pasts, and infuriating on-the-street interactions that so many of us have complicated emotions about.

As a freelancer, I work a series of part time gigs. One of them requires me to go into an office twice a week

To get there, I usually take BART, the San Francisco area’s subway network. The office is juuuust far enough from a station that driving is more convenient, but parking in the neighborhood is a nightmare.

So I’ve been trying to take BART more. It adds another 30 minutes to the trip, but even when I drive, I usually spend about that much time trying to find parking (if you haven’t experienced it yourself, finding street parking in most of SF is a fool’s errand). And besides, I’m a (fairly) young, able-bodied adult. Forty minutes of walking twice a week won’t kill me.

One particular day in the recent past, there was some construction going on along my usual walking route back to the 24th Street Station, so I had to take a detour down a different street.

I came upon a little corner store, where a man was sitting in a folding chair out front.

Approaching from the other side was a young guy with a baby clinging to his shoulder. When he reached the storefront, he stopped and chatted with the man in the chair for a moment or two. It seemed like they knew each other. I got the feeling the guy in the folding chair was a fixture of the neighborhood. It was a sweet little scene, actually.

They finished up quickly, and the man with the baby moved on. As they left, the baby waved over his (I’m assuming) dad’s shoulder back at the man in the chair.

I know, right? It was super freaking cute. I couldn’t help it — I smiled, and gave a slight chuckle.

I kept walking up the block, and soon realized I was going to be passing the guy in the chair. I didn’t have any reason to assume he might give me unwarranted, unwanted attention, but I’ve gotten so used to being hassled by men when it’s just me and them on a sidewalk that my body started to tense a bit as I approached.

I normally have problems with strangers calling me “sweetie,” “honey,” “darling,” etc.; but this time, for whatever reason, I didn’t.

I said “Hello,” back, accompanied by a smile.

And that’s when I started to panic a bit.

Was he honestly asking? Was it just an extension of normal American greeting practices, where people ask you questions that you’re not really supposed to answer?

Or… had my instincts been wrong, and was he just looking for excuses to insert himself into the day of a stranger he found attractive?

[M]y inner feminist is telling me I should have at least said, “Don’t call me sweetie,” and is disappointed in me for giving him a pass for being older.

I spent the next several blocks analyzing the interaction. Even though he had called me a name that, time and again, I find demeaning and sexist when applied to strangers, I wasn’t all that mad at him.

Should I have been? I didn’t get a creepy vibe from him at all. Everything about him seemed chill and friendly. He reminded me a little of my grandpa, who, in his retired years, would sit in a plastic chair with the garage door open, making conversation with passing neighbors.

Still, I’ve spent the last six or so years rallying against street harassment, and have long denounced the practice of making uninvited, obviously unwanted conversation with women that falls outside the realm of utility (“Excuse me, do you have the time?” etc.).

Should I have shut him down?

Perhaps he had caught me smiling at the baby. We had just shared a sweet moment; maybe he was naturally acknowledging it.

Maybe he was, as my grandfather had been, the “mayor” of that block, and he made friendly small talk with everyone who passed — all he wanted was some conversation to help his day go a little faster.

But my inner feminist is telling me I should have at least said, “Don’t call me sweetie,” and is disappointed in me for giving him a pass for being older.

He appeared to be of a generation where “sweetie” was a commonplace filler word for “woman,” and passing him briefly on the sidewalk didn’t seem like the time to catch him up on 50 years of feminist history.

But when is the time, really?

If I let everyone off the hook for extenuating circumstances like, “He’s over 50, so he probably just doesn’t know any better,” no one’s ever going to stop calling me “sweetie.”

If you like this article, please share it! Your clicks keep us alive!
Tags
feminism
street harassment
San Francisco
sweetie
catcalling
fear
worst feminist ever